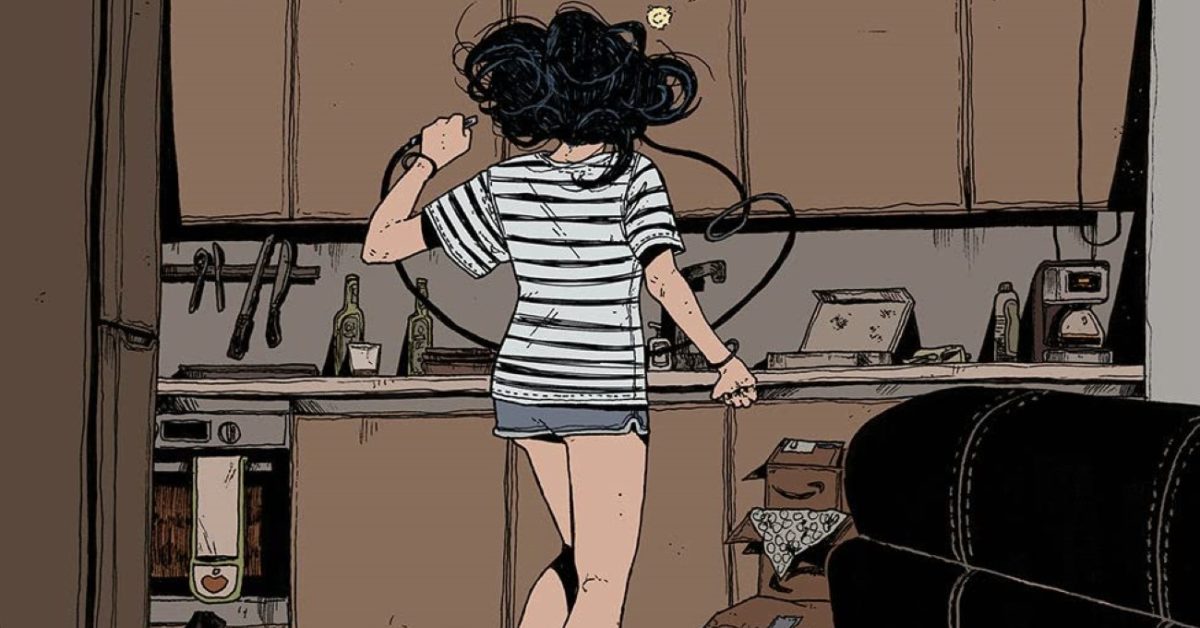 Zoe Thorogood, the next big name in comics

I picked up my copy of It’s Alone In The Center Of The Earth through Zoe Thorogood at Thought Bubble last year. Lots of people did it, it was sold out from day one. Many people liked it too. He made a lot of year-end lists for those who picked him up. I mean, that wasn’t the only thing that stood out this weekend…

…but it definitely made an impression. Everywhere I’m told that a year-end post-mortem meeting between Image Comics and Diamond Comic Distributors was mostly spent discussing Zoe Thorogood. It’s Alone In The Center Of The Earth sold around 18,000 copies from the start through Diamond, about the same as Ed Brubaker and Sean Phillips‘ Reckless original graphic novels usually do.

Except this is 18,000 sales of a graphic novel by a relative unknown with no big names, big media exposure, or concocted culture war outrage. Without any variations or sauce train to a single problem. Without an endorsement quote from the Earl of Wessex or a class reunion checklist of praise quotes from other socially coerced image makers or Twitter loudmouths. No Netflix deal, no display campaigns, no return options, no discounts, no Bad Idea shenanigans, not even a promotional bookmark. None of that. This book climbed straight to the top with no frills, variant covers, NFTs, or paying $1000 for bogus work.

And by “rise to the top” I mean It’s Alone In The Center Of The Earth blew its entire initial run and was due to go back to print immediately (something that’s the norm for adding spice to single issue launch fanfare, but basically a may situation if you let that happen on a graphic novel). Anyway, the publisher Image Comics Eric Stephenson took his red phone and printed more copies and the people at Diamond got rid of the whiplash and everyone calmed down a bit. Until, my source tells me, these It’s Alone In The Center Of The Earth the copies kept advancing at the same crazy pace… So apparently in that last discussion the possibility/likelihood of having to reprint yet again was brought up once again. And lots of deliberation on the size of this print run to follow… This book just came out in mid-November, folks!

Beyond the fact that Zoe Thorogood is relatively unknown to the industry with just the UK independent title The impending blindness of Billie Scott then draw the Joe Hill graphic novel adaptation Rain under his belt, what’s most fascinating is that it’s just a slightly off-the-wall title for Image. It’s also introspective. Challenging. Creatively risky. And the “center” of the title is spelled as we settlers intended. It sure has all the makings for a huge hit, but could also be completely ignored by the jaded, short-sighted comic grumps among us. But Image’s keen eye for spotting new talent and penchant for going where no other publisher has gone before has once again paid off. And, my source tells me, she already has another OGN yet to be announced on the schedule with Image Comics AND, I’m told, a collab that’s sure to be a surprise with a long-established image creator . .