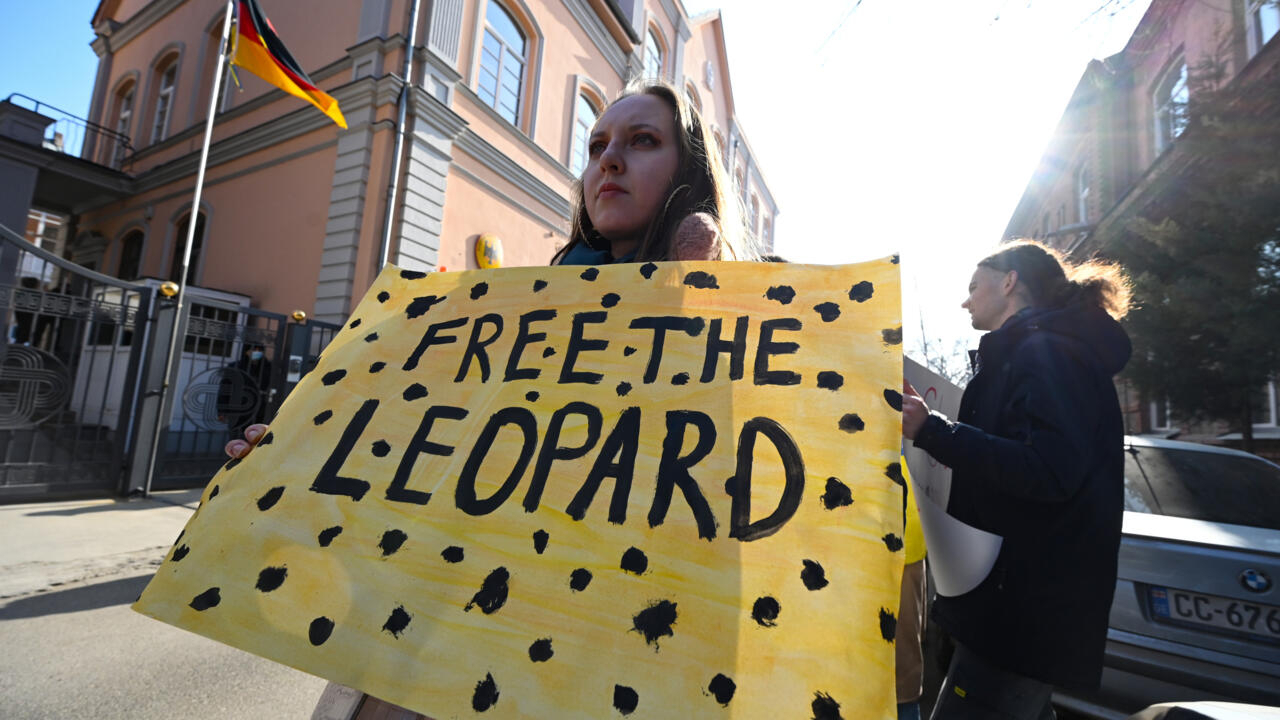 Berlin also allowed other European countries to send tanks from their own stocks.

The move came after days of international pressure on Germany to approve deliveries to Kyiv, which included a viral campaign by the Ukrainian government.

Ukraina.ua was picking up on a hashtag that appeared a few days earlier and gaining traction as pressure on Germany spread across social media.

The video on Ukraine.ua featured an iconic scene from the film “Fifth Element” with Ruby Rhod (played by Chris Tucker) prancing around in a leopard print jumpsuit and tank tops covered in the same pattern.

The video received around 78,000 likes and sparked a flood of photos: people sporting matching nail designs, bathing suits or even furry overalls.

A Photoshopped portrait of iconic 19th-century Ukrainian poet Taras Shevchenko also made the rounds, his dark coat and hat covered in animal prints.

Kyiv is working to ensure that the green light from Berlin encourages other countries to send more high-quality weapons.

“Let’s keep working. Let’s start dressing up as F-16s and ATACMS,” young philosopher Sergey Koshman posted on Facebook, referring to the long-range US fighter jets and missiles Ukraine has been asking for months.