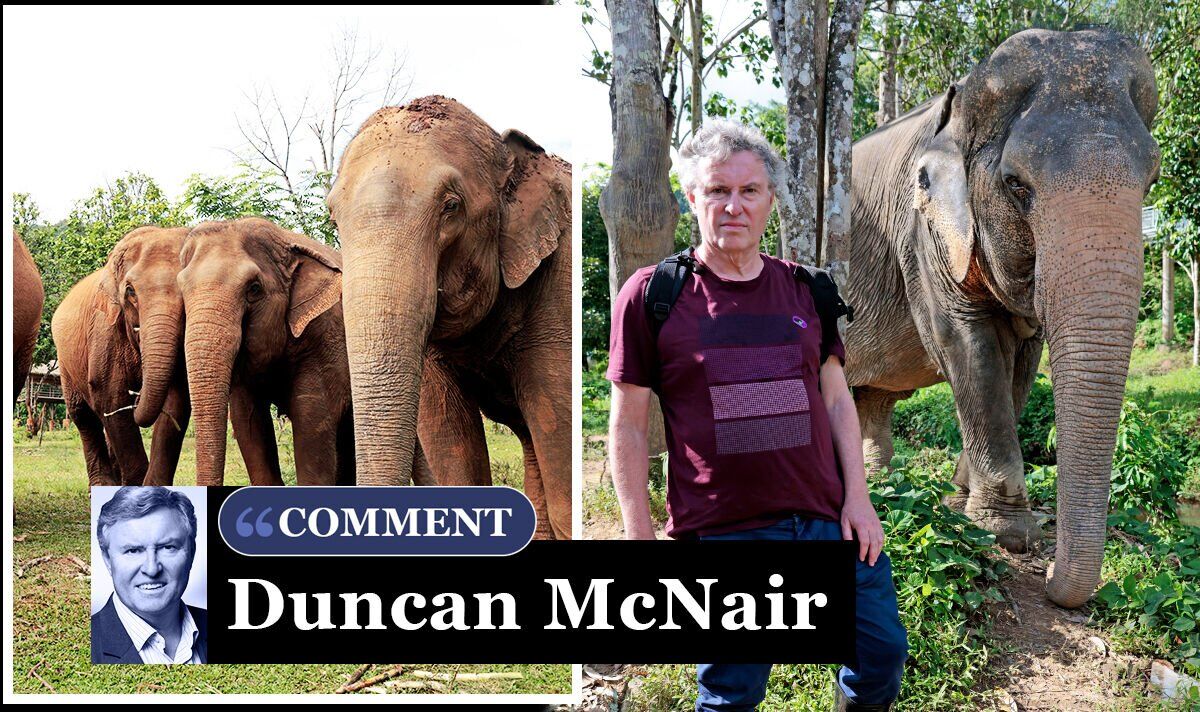 Save The Asian Elephants (STAE), supported by many friends from all ethnicities, religions, backgrounds and politics, and the public presented the world’s largest petition for an animal species to the Prime Minister at 10 Downing Street, backed by a letter from dozens of parliamentarians from all divisions.

Nearly 1.2 million petitioners are calling for an end to UK advertising of ‘attractions’ in South East Asia and beyond, where endangered Asian elephants and their babies are violently coerced , often killed, to break them for easy use in tourism.

Around 1,200 UK-based travel agencies now advertise such sites. Hundreds of tourists have been killed and maimed by elephants provoked by the violence. Ask Helen Costigan, among the legions supporting STAE yesterday.

Her sister Andrea, a 20-year-old nursing student, died in Helen’s arms after a frenzied attack by an abused elephant in the garden show arena of Nong Nooch village in Thailand. This complex is now more brutal and deadly than ever – I visited it with the Express last month. Amazingly, it is promoted today by 120 UK based companies. It is only one of 1,200 such places.

Asian elephants in the wild are majestic in stature, magnetic in presence, noble and inconspicuous creatures, a marvelous spectacle of nature, hailed by conservationists as a “super keystone species”. Their role as “mega forest gardeners” is unique and valuable.

Through their natural actions, they nourish and maintain the forests on which all species, including humans, depend.

Complex and family-like, they protect each other and often other species, like diving into a fast-flowing river to save a drowning man.

But cruelly stolen from captivity for ruthless exploitation, the baby elephants face a tragic rite of passage – months of isolation, starvation, stabbing, to break them in pain and terror to bend to all the demands of man – horseback riding, football, darts, huge forced marches at festivals brutality, a daily life of cruelty, injury and despair.

I especially remember the cries and cries of broken babies, often killed, in front of their mothers. Some mothers crush their newborns under their feet immediately after birth to spare them such a tragic life.

The number of Asian elephants has risen from millions to barely 40,000. They now stand on a fragile precipice, risking the end of their long journey on Earth soon.

Self-regulation by the travel industry has failed for decades. The coercion of the law is needed to end UK advertising of brutal overseas sites for safe and ethical tourism – as repeatedly promised by recent governments, to no avail.

By allowing this horrible and growing market, Britain risks sinking into a quagmire of greed and exploitation for its supreme animal-lover pride.

It takes political will to put an end to this shameful role. Government – listen and act, now. Honor the many promises made to STAE and now to the country. An election is approaching. Voters, like elephants, have long memories.