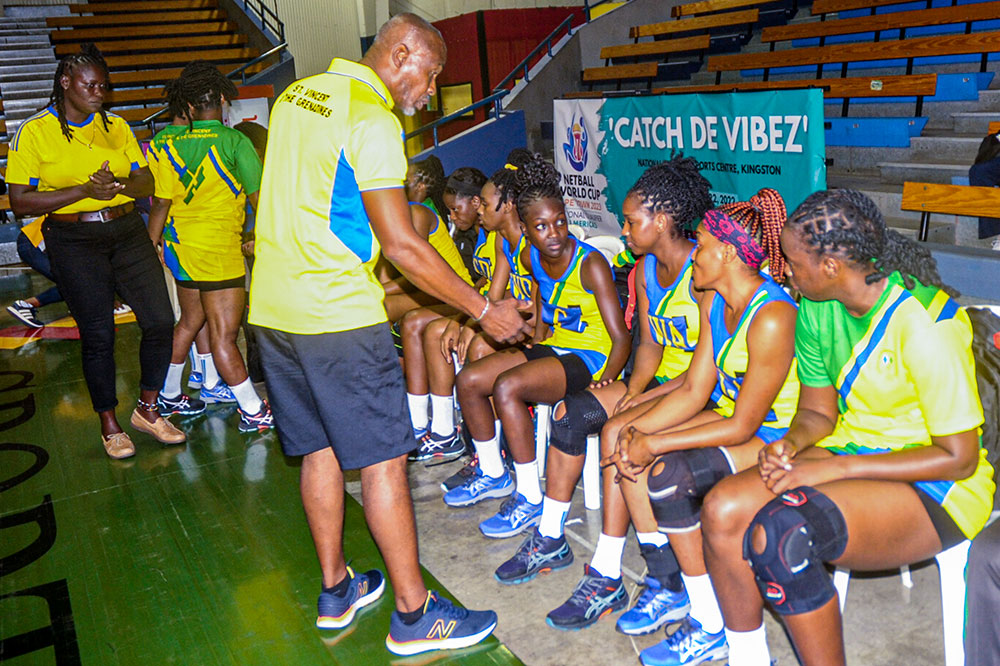 Thirty-one net throwers called up to train for overseas tournaments

The Saint Vincent and the Grenadines Netball Association (SVGNA) has called up 31 players for training ahead of the country’s participation in two major overseas netball tournaments this year.

These are the Central American and Caribbean Games in El Salvador in July and the OECS Invitational Netball Series in Antigua in November.

The preparation which began yesterday, January 23, includes an initial six-week period of strength and conditioning training. It would take place under the watchful eyes of head coach, Godfrey Harry, assisted by other members of the coaching committee.

In a meeting last Saturday, January 21, at the Kingstown Netball Center involving the invited players, SVGNA President Natasha Baptiste and the head coach made it clear to the players that there was no national team at present.

Baptiste warned players of their responsibility as adults and members of the national training team, noting that she would not support sending a team to a tournament just for the sake of taking part. a team.

She pointed out that the performance of “Vincy Jewels” in Jamaica last October put the country on a good footing, and each time a national team of any age group takes part in a tournament, a high level performance will be expected.

Due to a number of factors, St. Vincent and the Grenadines will not participate in the Regional Under-16 Netball Tournament this year.

“There is so much more to do to make sure we continue to climb the ladder that will secure us places at the Commonwealth Games and the Youth World Cup.

“We will be defending our OECS International Netball Series Championship title and we are also looking forward to competing in the Central American and Caribbean (CAC) Games in El Salvador in July,” Baptiste said in his New Year’s Eve message. Year to SVGNA members.

Skiddy Francis-Crick, shooting ace and former national player, also addressed the players. He told them that they should take responsibility for their development by allocating time each morning to do some basic exercises.

She shared with them her shooting exercises every morning and every evening, in addition to attending national and/or club training.

Plans are being made for the selection of a National Under-16 team under the development program proposed by the SVGNA President who said: “We need to invest in the future of the game by developing the country’s young talent and creating opportunities for advancement not just in sport, but holistically.

Members of the senior national training team were cautioned about punctuality, respect for each other and coaches, and were also cautioned against participating in tournaments other than national tournaments for their clubs, as problems encountered in the past will not be tolerated.