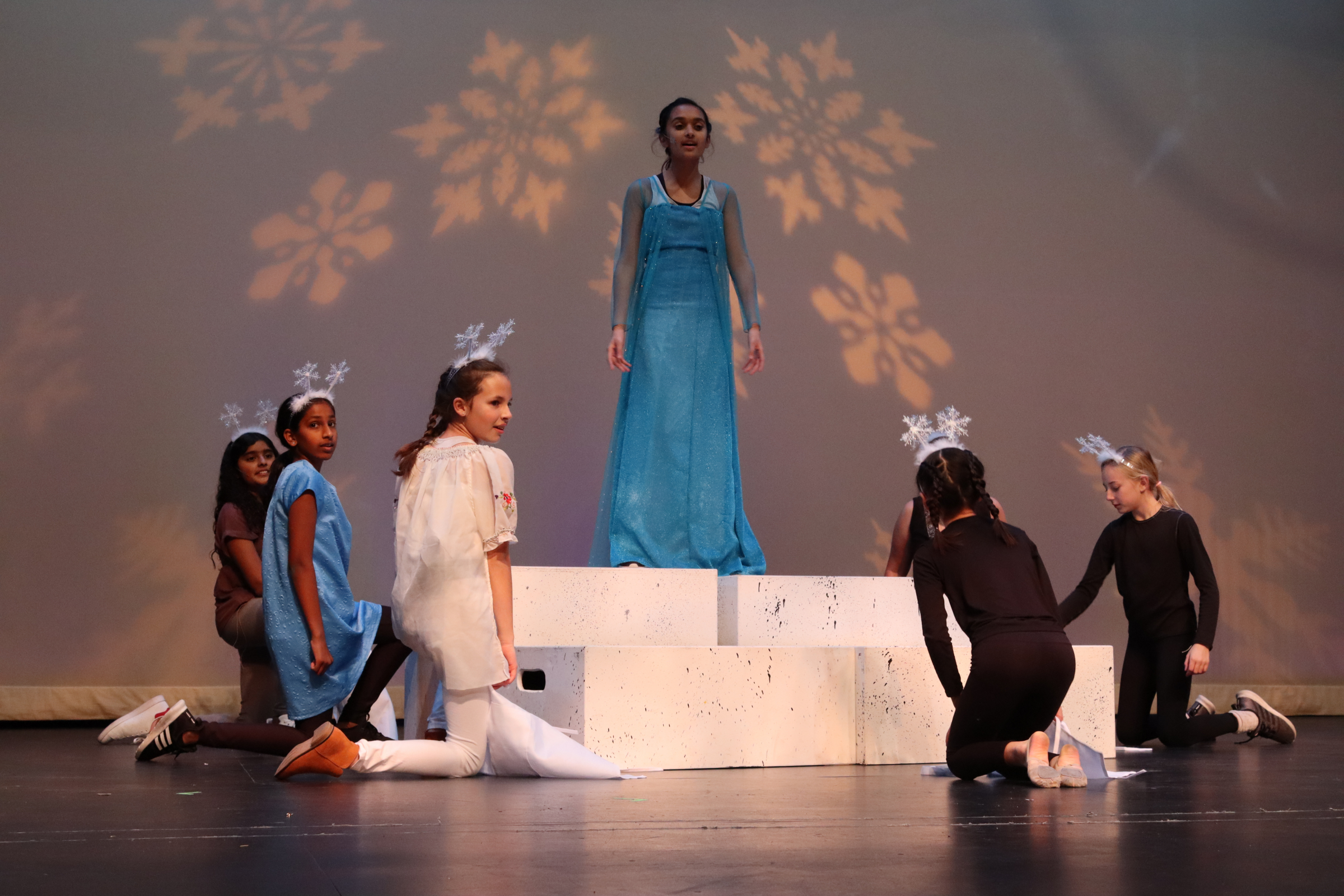 The musical ‘Frozen KIDS’ arrives at the Amador Theater | News

Cast members of upcoming musical Frozen KIDS rehearse their lines ahead of Saturday’s performance. (Photo courtesy of the Town of Pleasanton)

About two dozen elementary and middle school children from across the Tri-Valley will present their unique interpretations of the 2013 Disney favorite “Frozen” this Saturday at the Amador Theater.

“Frozen KIDS” is a 30-minute adaptation of the 2018 Broadway musical, based on Disney’s original animated film. Tailored to younger performers, the musical includes favorite “Frozen” songs such as “Love Is an Open Door,” “Do You Want to Build a Snowman?” and “Let It Go”, plus new songs from the Broadway production.

The play was organized by the Pleasanton Youth Theater Company, an in-house youth theater program run by the City of Pleasanton.

Library and recreation coordinator Jeff Zavattero told the weekly that a total of 24 attendees in three casts will perform on Saturday, January 28, with the first show beginning at 11 a.m. followed by 2 p.m. screenings and 5 p.m.

He added that the 2 p.m. show will feature 14 elementary school students aged 5 to 6 who are also part of the Lil Sparks program – an age-appropriate introductory musical theater program.