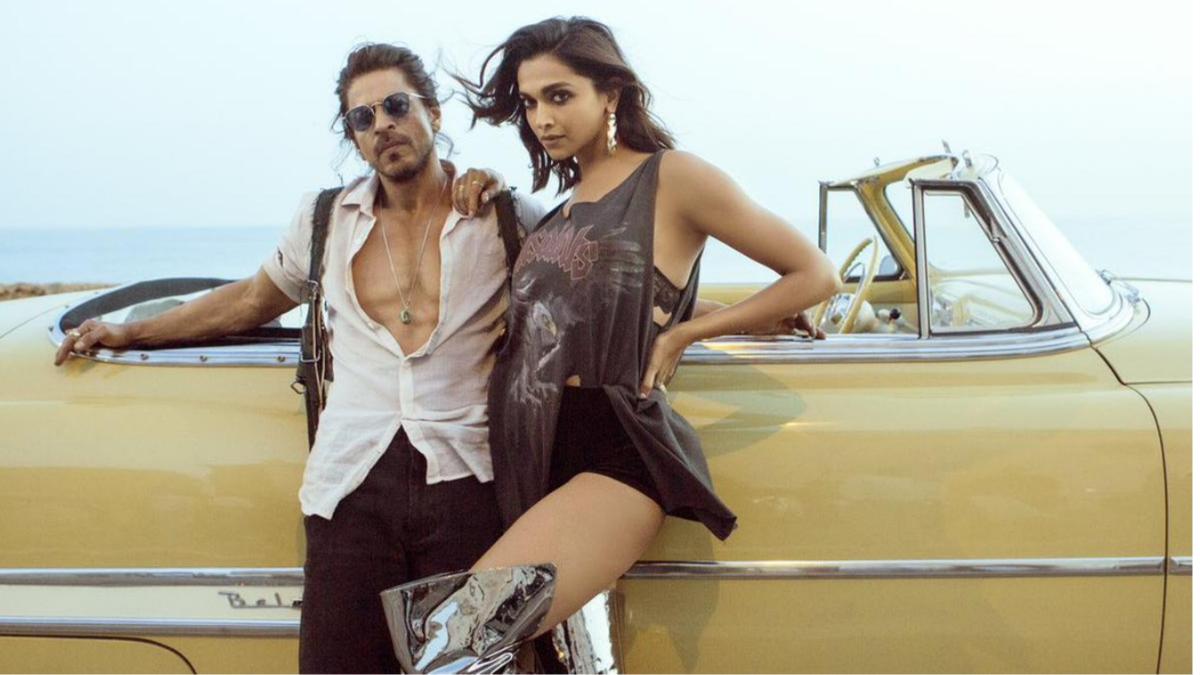 Pathaan, directed by Siddharth Anand and produced by Yash Raj Films, is expected to exceed Rs 200 crore plus collections at the Indian box office in the first five days of its release. Will it beat the KGF 2 day one collections of Rs 54 crore is the big question. By Latha Srinivasan: Shah Rukh Khan’s much-vaunted comeback film is doing wonders at the box office despite mixed reviews. After seeing the response on its opening day (Wednesday, January 25), trade pundits said that Pathaan, directed by Sidharth Anand and produced by Yash Raj Films, will definitely earn more than Rs 200 crore in the first five days.

Cut to overseas collections and Pathaan also made an exceptional opening there. In Australia, he has already made $600,000! The film had an exceptional opening despite being released in the middle of the week. All eyes are now on the Gulf market as it is a huge moneymaker for Shah Rukh films, but that figure won’t be available until Thursday. Considering the Indian box office figures on the first day, the trade is extremely buoyant regarding the collections for the next few days.

With the huge response seen in India for Pathaan, 300 shows were added by exhibitors right after the first show on January 25th. The number of screens for Pathaan has grown to 8000 now across the world with 5500 in India alone. It is an unprecedented phenomenon in Indian cinema.

KGF Chapter 2 made Rs 54 crore net on day 1 of release and Pathaan is expected to cross net collections of Rs 50 crore on January 25 in India. But some trade experts have said that Pathaan may exceed KGF 2 collections given that the total number for January 25 will only be available on January 26. It’s important to remember that Pathaan had a much larger release than KGF 2 and therefore, there might be less occupancy. But it balances collections, trade experts have said. Overall, Pathaan got off to a great start and is a commercial success for Shah Rukh Khan and Yash Raj Films.

While Sidharth Anand’s film became a commercial success, reviews for the film – critics and audiences – were mixed. This is the first time SRK fans have seen him in a straight-forward, Mission Impossible-style action thriller. And at the age of 57, Shah Rukh’s physique and action sequences left many in awe. Another highlight is, of course, the arrival of Tiger aka Salman Khan in the show and the audience in theaters went crazy!

No movie is ever without flaws and Pathaan has those too. While some felt the story was nothing new, others felt it was an overly massive SRK movie. Many people liked Pathaan and others found it average, but one thing is that the public is coming in droves to support Shah Rukh Khan. Social media has been filled with tweets praising SRK for the dignified silence he has maintained despite the personal struggles he has had recently. His fans and audiences seem to feel an emotional connection to him and their way of showing their support is by going to watch Pathaan in the cinema. And that’s clear from the response of early bookings and upcoming collections on the first day of release.

READ I Pathaan movie review: Shah Rukh’s seatbelt warning was serious! This bumpy ride is definitely worth your ticket

Will the reviews affect the commercial success of the film? Not really, say trade experts. With Pushpa, KGF or RRR, everyone liked the film, whether they were a fan of the star or not. It was the story and the narrative that captured their imaginations. In the case of Pathaan, what brings audiences to theaters is Shah Rukh Khan, the king of Bollywood, and the fact that this is his first film in four years. The high-octane action, sizzling Deepika Padukone, hot John Abraham, and great songs make this a compelling watch, even if the story has flaws.

Some have tweeted that Pathaan has no logic and is a lot of masala but ultimately a movie is all about entertainment. Many Southern films have had no logic and are complete mass entertainment and have been very successful at the box office. If you are not bored during the three hours spent at the cinema and you enjoy the film – even in parts – it shows that the film was a success. And Pathaan has shown it to be a success – more so at the box office. Whether they liked the movie or thought it was good, all audiences are saying one thing right now – Welcome Shah Rukh Khan!