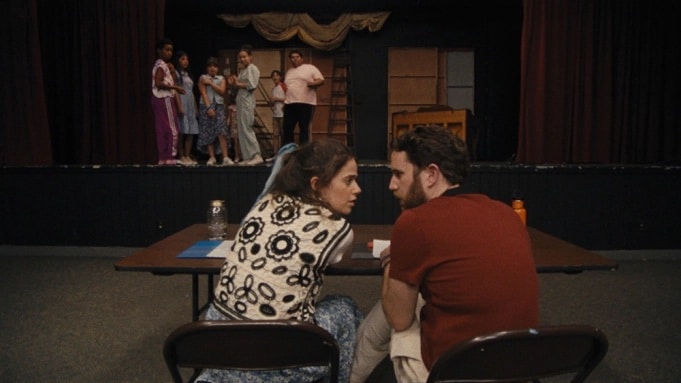 Disney’s Searchlight Pictures has acquired worldwide rights to a new movie called “Theatre Camp” at this year’s Sundance Film Festival for around $8 million.

Molly Gordon and Nick Lieberman directed the new film, which stars Gordon and Ben Platt as longtime best friends who return to a run-down upstate theater camp that is in jeopardy when its founder falls into a coma due to an unfortunate strobe light incident. His son takes over and he tries to avoid foreclosure even though he initially has little interest in greasepaint and boards.

Gordon and Lieberman said in a statement to Variety:

“We couldn’t imagine a better home for ‘Theatre Camp’ than Searchlight Pictures! It’s an absolute dream to be a part of their incredible and rich history that includes so many of our favorite films. This film is about the joy of bringing people together in one room, and for Searchlight to see the importance of sharing it in theaters means a lot to us. We are more than grateful and delighted.

“Making this movie with the very talented Ben, Molly, Nick and Noah, the amazing gang of Gloria Sanchez and our friends at Topic Studios was a complete dream. The rest of the dream was to bring the movie to Sundance where we would have a amazing screening, and then we were bought by Searchlight, who could bring it to audiences around the world like they’ve done with other Sundance tracks, including ‘Little Miss Sunshine’ and ‘Napoleon Dynamite.’ And NOW, that dream is coming true! We can’t wait for this film to hit theaters, with a real audience, brought to you by the exceptionally talented team at Searchlight.

The film will hit theaters first, before heading to Disney streaming services around the world, including Hulu, Star+ and Disney+.

Roger has been a Disney fan since he was a child and that interest has grown over the years. He has visited Disney parks around the world and has an extensive collection of Disney movies and collectibles. He is the owner of What’s On Disney Plus & DisKingdom. Email: Roger@WhatsOnDisneyPlus.com Twitter: Twitter.com/RogPalmerUK Facebook: Facebook.com/rogpalmeruk