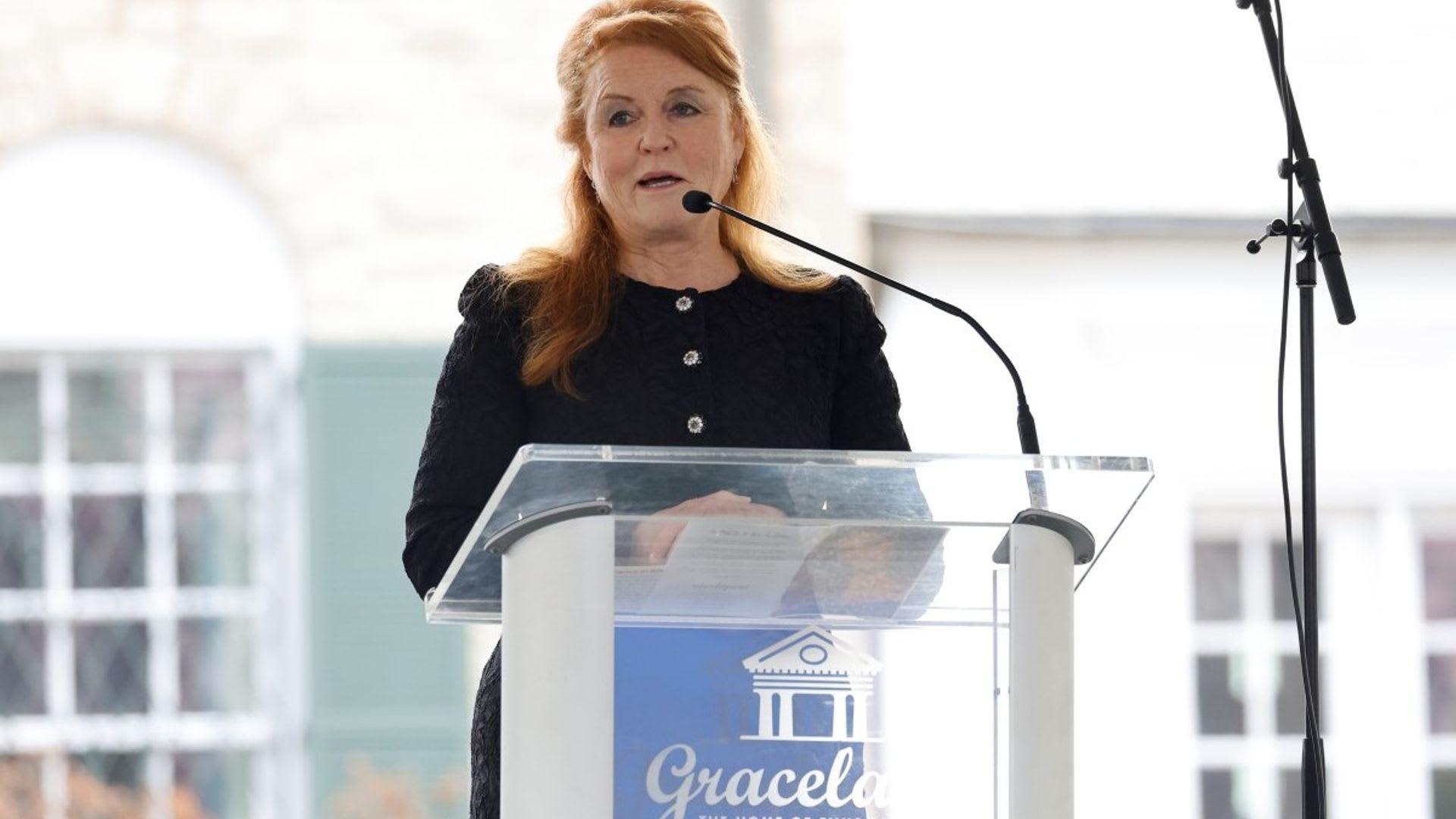 
Sarah Ferguson attended and spoke at the funeral of her good friend Lisa Marie Presley, who sadly died aged 54

Sarah Ferguson was one of the most prominent mourners in Lisa Marie Presley’s funeral in Memphis, Tennessee, on Sunday.

Sarah, Duchess of York not only attended the moving ceremony but also spoke to the crowd about her late friend, whom she called “Sissy”.

She said: “We need to fan our flames inside to celebrate the amazing Lisa Marie. I stand here with great honor, because we were called Sissy.

“I have been here with all of you for your entire life and I stand here with great honor. So Sissy, this is for you with affection.”

She then talked about late Queen Elizabeth IIsaying, “My late mother-in-law used to say ‘nothing can be said,’ can start to take away the angst and pain from those times because heartache is the price we pay for love “, and how right she was”.

The Duchess paid tribute to her late friend

Musicians Axl Rose and Alanis Morissette performed at the ceremony, where Priscilla Presley also delivered a brief eulogy, including a poem by her granddaughter, actress Riley Keough.

“She knew it was near the end. Survivor’s guilt, some would say, but a broken heart is the fact of her death. Now she’s home where she always belonged, but my heart misses her love”, she said on behalf of the 33-year-old.

Priscilla Presley gave a brief eulogy to her daughter

Riley’s husband, Ben Smith-Petersen, also read a tribute from the star to his mother.

Lisa Marie died on January 12 after suffering cardiac arrest in Los Angeles. She is survived by her mother Priscilla and his three daughters: Riley and twins Finley and Harper, 14 years old. His son Benjamin sadly passed away by suicide in 2020 at the age of 27.

Lisa will be buried next to her son and father on the grounds of Graceland.

Do you like this story? Sign up for our HELLO! Send the newsletter to get all the latest royalty and celebrity news straight to your inbox.