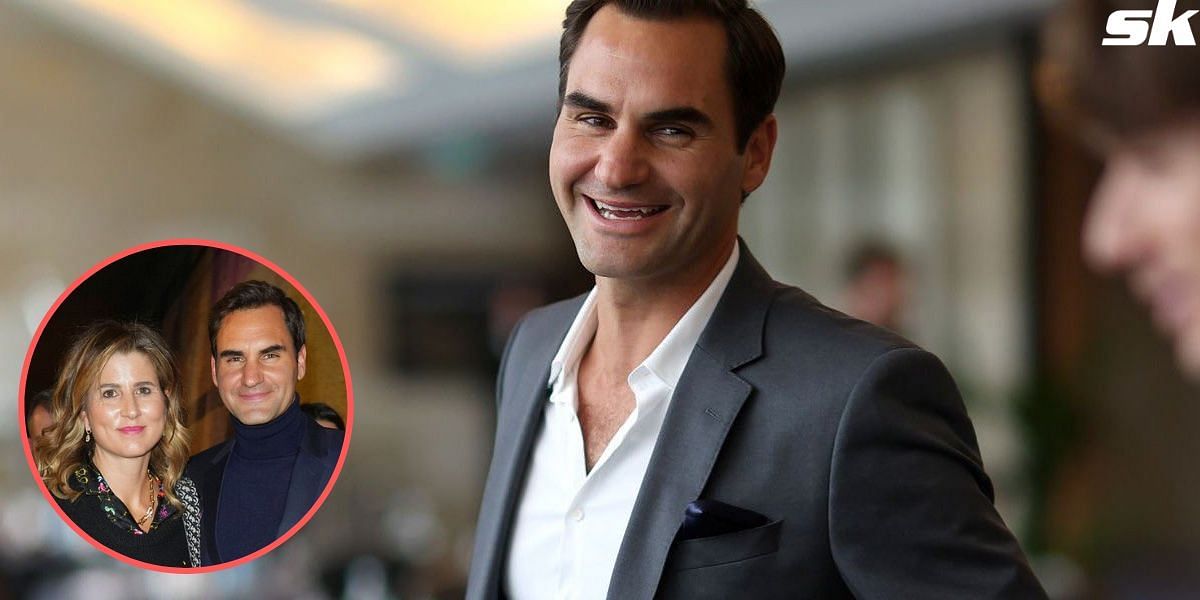 Roger Federer is making the most of his recent retirement from tennis. The 41-year-old, who has made great strides in the fashion industry over the years, was recently captured at one of fashion’s biggest events – Paris Fashion Week.

At the prestigious fashion event, the 20-time Grand Slam champion was accompanied by his wife Mirka and Anna Wintour, editor-in-chief of Vogue and his longtime supporter and friend. They attended the Dior Haute Couture show at the Rodin Museum and sat down with Bernard Arnault, founder and CEO of LVMH. Federer was seen sporting a chic turtleneck look.

What elegance in France

Should she go into modeling or not?

What elegance in France 😍One more year, Roger Federer visited Paris Fashion Week with Mirka. Should she go into modeling or not? 🔥 https://t.co/VsvbOYawFj

All over the world from #AusOpen, Mirka Federer wears a knitted goatskin cardigan at Paris Fashion Week. In retirement, mom and dad are still showing the kids how to make a statement. 💥🐐 https://t.co/pf8CEvpY7e

During the Chanel show at the Grand Palais Éphémère, Federer donned an achromatic three-piece suit, while Mirka completed it in neutral tones.

The former world number 1 was also captured at the musical charity event The Yellow Pieces Gala, organized to raise funds for the Hospital Foundation and chaired by the first lady of France Brigitte Macron. At the event, the tennis legend was pictured with global music icon Lalisa ‘Lisa’ Manobal, a member of South Korean girl group Blackpink.

woaahh roger federer and lisa on a photo it’s crazy

Roger Federer is ready to do anything for his fashion ambitions. The Swiss legend, whose senior Met Gala chair Anna Wintour is one of his biggest fans, was recently chosen as co-chair of fashion’s most extravagant events.

The 41-year-old is expected to be joined by musical artist Dua Lipa, Spanish actress Penelope Cruz and British screenwriter and actress Michaela Coel as co-chairs of the 2023 gala.

The event titled “Karl Lagerfeld: A Line of Beauty” will focus on the late fashion mogul and former creative director of Chanel, Fendi, and his own eponymous brand, Karl Lagerfeld.

Roger Federer was delighted to be announced as one of the co-chairs, expressing his enthusiasm for the event.

“So excited to be returning to New York to co-host this year’s Met Gala with Dua Lipa, Michaela Coel, Penelope Cruz and my dear friend, Anna Wintour,” he wrote, “The Met Gala 2023 celebrates the opening of ‘Karl Lagerfeld: A Line of Beauty’ and provides The Costume Institute. #ALineOfBeauty opens to the public on May 5. Hope everyone enjoys their trip to the Metropolitan Museum,” he said. he declares.

He also expressed his gratitude to Anna Wintour.

“Anna. Thank you for always being there for my family. So many great memories. Can’t wait to share another amazing night together at the Met Gala,” he added.

The event is scheduled for May 1 at the Metropolitan Museum of Art in New York.