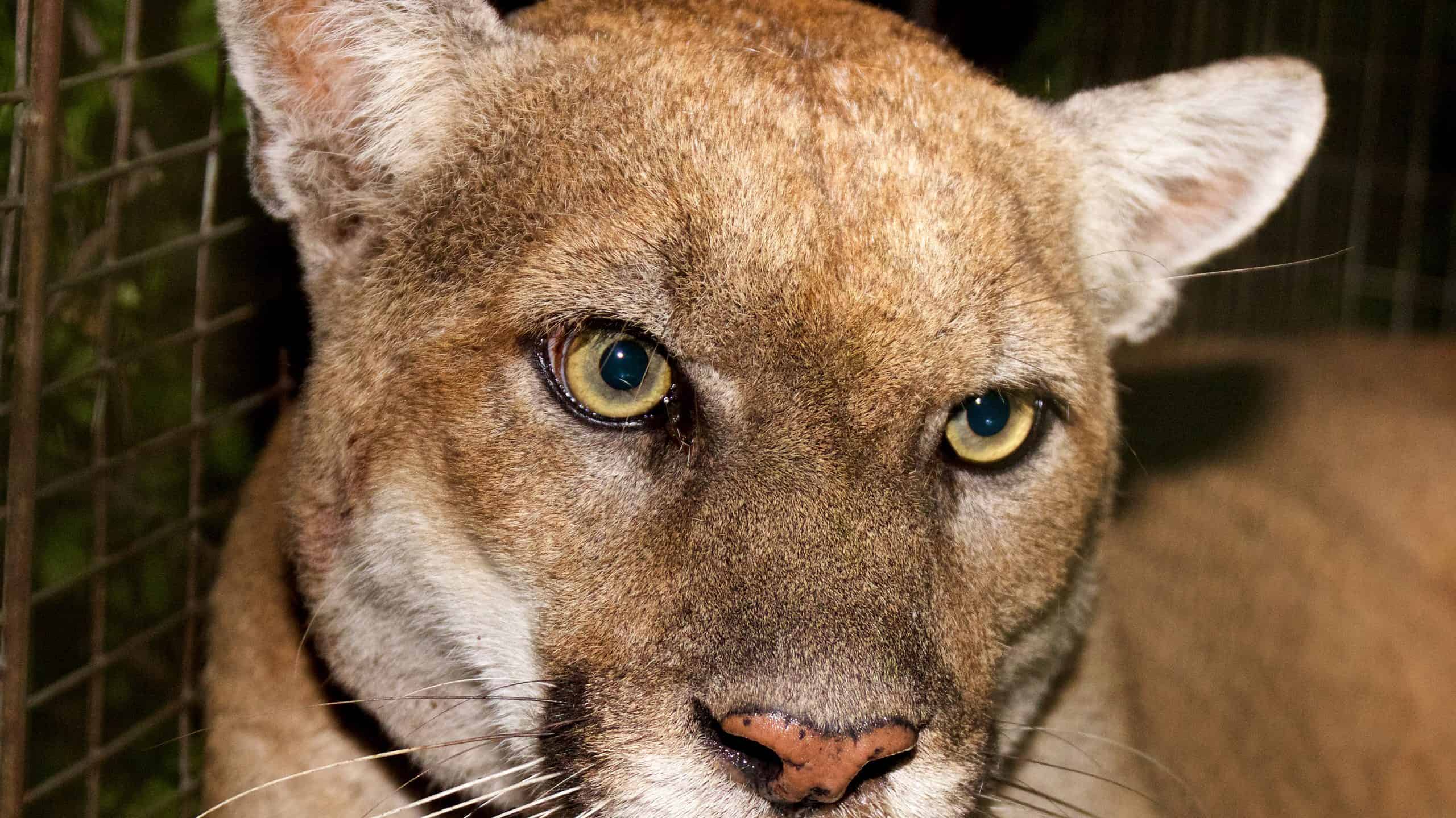 Los Angeles is home to some of the richest and most famous people in the world. The affluent neighborhoods of Beverly Hills, Malibu, and Santa Monica feature sprawling developments with multimillion-dollar homes. In these neighborhoods, you can find various celebrities including movie stars, professional athletes, and industry titans. All of these people dominate their respective industries and sit at the top of the social pyramid. That said, one of the most infamous celebrities in Los Angeles history is not a person but a wild animal.

For years, the puma known as the P-22 has prowled the Hollywood Hills. Over a period of approximately 10 years, P-22 attracted considerable media attention. Many books, movies, television shows and other art forms have chronicled his life and his impact on Los Angeles. Sadly, P-22’s life ended on December 17, 2022, after National Park Service (NPS) and California Department of Fish and Wildlife (CDFW) agents captured and euthanized him after discovering he was dead. had suffered a traumatic injury and suffered from several other long-term health issues. In this article we will consider the history of the “Hollywood Cat”. In doing so, we hope to honor his legacy and bring attention to the plight of mountain lions living in and around Los Angeles.

For thousands of years, mountain lions have dominated the rugged landscapes of North America. However, the arrival of European settlers at the end of the 15th century marked a turning point in the history of cougars. Within a few hundred years, humans have killed or hunted mountain lions across much of their historic range. Today, only 15 or 16 US states have established mountain lion populations. Of these states, several are home to only a few hundred cougars, and only a handful have a cougar population of over 2,000.

California has one of the largest populations of cougars in the United States. It is estimated that between 4,000 and 6,000 cougars reside in the Golden State. You can see why cougars continue to thrive in the state by examining the California landscape. Although more than 39 million people live in California, most of its residents live in dense urban centers. Overall, about 47% of the state falls under the protected land category. This means that California cougars have access to large swaths of mostly uninhabited territory where they hunt and breed in relative peace.

While most cougars live in the mountains and remote forests of California, a small population bucks that trend. At any one time, you can find around two dozen cougars living in and around Los Angeles. Most Los Angeles cougars live in the Santa Monica Mountains, just northwest of the city. However, a lion has diverged from the rest of his family and made a new home for himself in the heart of LA This lion, P-22, resided in Griffith Park for almost 10 years, during which time he acquired the reputation for skilfully avoiding the Hollywood spotlight is better than even the most camera-shy celebrities. It’s his story.

P-22 was born around 2010 in the western half of the Santa Monica Mountains. His father, P-001, was the first cougar captured and studied in the Los Angeles area. To this day, the identity of P-22’s mother remains unknown. P-22 managed to stay off the radar of conservation experts until 2012, when a camera trap set up by the Griffith Park Connectivity Study spotted it. At the time, experts estimated P-22’s age at 1.5 years and his weight at around 90 pounds. In March 2012, National Park Service biologists managed to capture him and fit him with a GPS radio collar. They named it “P-22”. The “P” comes from “puma”, another name for a mountain lion, while “22” refers to its rank in the current NPS mountain lion study.

To this day, experts and fans alike marvel at how P-22 made its way through Griffith Park. No one knows for sure how he made the trip from the Santa Monica Mountains to downtown Los Angeles. Such a trip meant that the P-22 had to cross two major highways, the 405 and the 101. Since cougars frequently fail such crossings, just crossing one represents an incredible accomplishment. Passing both, especially at such a young age, almost defies belief.

The discovery of a living mountain lion near the Hollywood sign captured the nation’s attention. The Los Angeles Times ran a front-page story on P-22 in August 2012. The media craze continued when National Geographic photographer Steve Winter set out to capture a photo of P-22, as the original trail camera footage only allowed viewers to catch a glimpse of its backside. Winter spent 15 months setting up camera traps in Griffith Park to try and get the perfect shot. He was finally successful in late 2013, and his now iconic image of P-22 was published in the December 2013 issue of National Geographic. The image and accompanying story only served to catapult P-22 to higher levels of fame.

Over the next few years, P-22 repeatedly made headlines for his antics. In 2014, he contracted scabies, a parasitic skin disease, after exposure to death by rats. NPS agents then captured P-22 and treated the disease with topical medications and vitamin K injections. The following year, P-22 wandered into Los Feliz, a neighborhood bordering Griffith Park. The situation caused a media frenzy as local officials tried to find solutions to get him to leave. In 2016, P-22 came under intense scrutiny after the violent death of a koala at the Los Angeles Zoo. Zoo keepers discovered parts of the koala about 400 meters from its enclosure, and P-22 was seen in the area at the time. However, P-22 was never fully implicated in the crime.

In November 2022, NPS and CDFW agents learned that P-22 had killed a Chihuahua on a leash in the Hollywood Hills. The mutilation shocked both officers and the public, as it was the first attack of a pet on a leash in the Los Angeles area by a mountain lion. Two weeks later, P-22 attacked another Chihuahua, which managed to escape bloody but alive due to the interference of its owner. Nearby witnesses managed to capture parts of the two attacks on camera, and several other trail cameras and video recordings taken in the vicinity of Griffith Park managed to catch sight of him over a three-week period, from the mid-November to early December. Such unusual and brazen behavior alerted the authorities and led them to believe that something was wrong with P-22.

December 8e, 2022, the CDFW announced that it intended to capture P-22 to assess its health. CDFW agents discovered P-22 days later in the yard of a Los Feliz homeowner. After sedating him, officers rushed him to the Los Angeles Zoo and then to the San Diego Zoo for evaluation and treatment. An initial examination noted that P-22 had finer fur, was grossly underweight, and had suffered damage to his right eye, possibly from a collision with a car. Doctors at the San Diego Zoo Safari Park performed additional tests, which discovered a fractured skull and herniated abdominal organs from P-22. Additionally, doctors discovered that P-22 had stage 2 kidney failure, heart disease, and a parasitic skin infection. Given the severity of these conditions, authorities decided to euthanize P-22. December 17e2022, at 9:00 a.m., P-22 was euthanized.

The death of P-22 sent an outpouring of grief from Californians and fans around the world. Local officials issued statements mourning his passing and praising his attention to conservation efforts. During its lifetime, P-22 inspired several projects, including the Wallis Annenberg Wildlife Crossing, a footbridge over Highway 101 that could allow future mountain lions to enter Griffith Park without having to take the dangerous crossing attempted by P-22.

P-22 has lived in Griffith Park, an area that spans just 9 square miles, for almost a decade. Given that an average male mountain lion can control a territory of up to 300 square miles, this represents an incredible example of survival and adaptation. In his 12 years, P-22 probably never mated, and except for a short time after birth, he never enjoyed the company of other cougars. He lived on an island surrounded by danger and was forced to earn his living on a meager piece of land. Despite these obstacles, he managed to thrive and, in the process, grow into a legend of folklore.