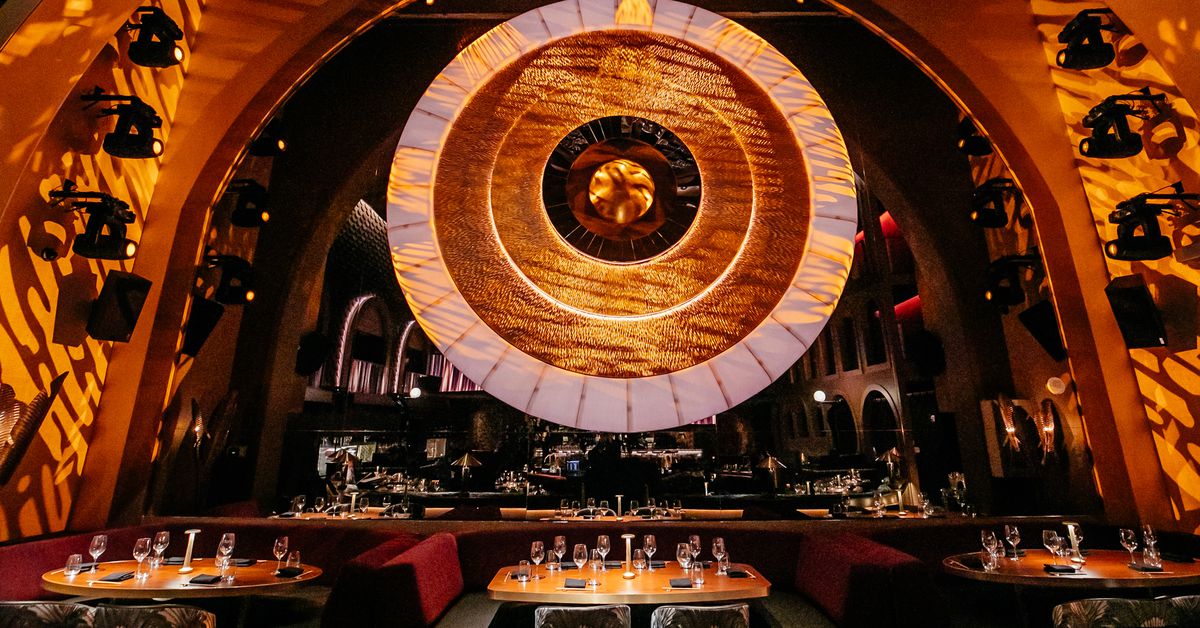 The Paris Theater – the Miami landmark that’s been featured in album covers and videos by artists like Madonna and Jennifer Lopez – is now home to Queen Miami Beach, an over-the-top Japanese restaurant and lounge by Mr. Hospitality, which also runs Baoli Miami and Marion.

Interior designer Carlos Rodriguez of ModPlay Studio reimagined the space originally built in 1945, retaining the architectural details of the era but adding elements of “the exaggerated splendor of the 21st century”. Through the golden front door of the ornate space, guests will find the main dining room with an LED panel domed ceiling that transforms throughout the night, a colorful Mondrian wall, a custom mosaic made in Italy, terrazzo floors, a mid-century brass chandelier by JT Kalmar, and the members-only VIP lounge. The living room features Lobmeyr chandeliers – unveiled at the Metropolitan Opera House in 1966 – original Paris theater crown moldings finished in gold leaf and a marble bar.

At the helm of the kitchen, chef Julien Jouhannaud, who recently led the culinary teams at Annabelle’s in London. The menu fuses French techniques with Japanese ingredients, with plenty of American and Japanese wagyu, grass-fed beef, and various sushi options. A second-floor omakase overlooking the main dining room below serves a menu of chef-selected nigiri. The restaurant’s extensive cocktail program features wines and champagnes from around the world, Japanese spirits and premium liqueurs, including a “unique partnership” with Louis XIII.


Register to receive the newsletter