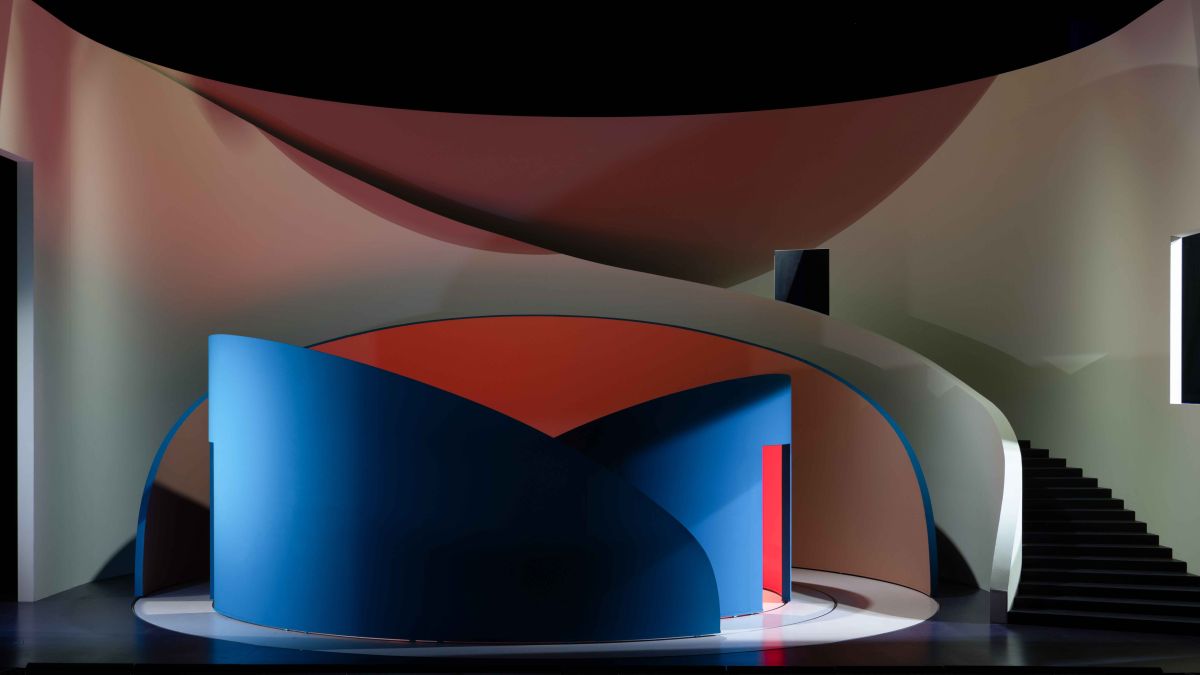 Pierre Yovanovitch creates an opera set for the Theater Basel

Pierre Yovanovitch created the scenography for a new production by Giuseppe Verdi Rigolettowhich debuted on January 21, 2023 at Theater Basel, Switzerland.

This is the French interior designer and furniture designer’s first foray into the operatic scene, although he has long had a penchant for storytelling – staging exhibitions around Mademoiselle Oops, a character imaginary with a penchant for fantasy and romance, and designing the coveted ‘Mama Bear’, ‘Papa Bear’ and ‘Baby Bear’ chairs.

Theater decor by Pierre Yovanovitch for Rigoletto by Giuseppe Verdi

“Opera sets are at their best when they reflect the soul of the work, its music and its characters. I want to do the same in my artwork,” Yovanovitch said in a 2021 interview with Kinfolk. Passionate about opera, he calls his scenography of the Theater Basel – commissioned by director Vincent Huguet – the realization of a lifelong dream.

Rigoletto tells the story of a jester at the court of the Duke of Mantua, whose world comes crashing down when his innocent daughter Gilda comes to the Duke’s attention. Inspired by this story of revenge, naivety and power, Yovanovitch came up with a mobile design scheme consisting of three curved walls, one interlocking with the other.

“I created a moving decor that could gradually take shape as RigolettoThe curse evolves. I designed it as a bare setting so that the souls of the characters, dormant, could take up as much space as they needed,” he explains.

Painted bright red on the inside and blue on the outside, each wall can rotate 360 ​​degrees around a circular track and is punctuated by a rectangular door in the center. Their movement serves to frame the characters and draw attention to the change of act throughout the show. As the story unfolds, they close in a tighter and tighter circle to heighten the sense of psychological drama.

In the background, painted white, is a monumental curved staircase – a Yovanovitch signature that seems to span the full width of the opera house, while suspended from the ceiling is a minimalist chandelier, formed by three rings of light concentric.

Yovanovitch also created bespoke furniture for the set, including a curved sectional sofa, a daybed, and a circular table with a cylindrical base, surrounded by similarly shaped stools. Its distinctive design language shines through all of these pieces, which are simple, perfectly proportioned, and accented with bright colors (think a bright red spherical cushion on the navy sofa).

Yovanovitch’s scenography will be presented at Theater Basel for the duration of Rigolettountil June 21, 2023.