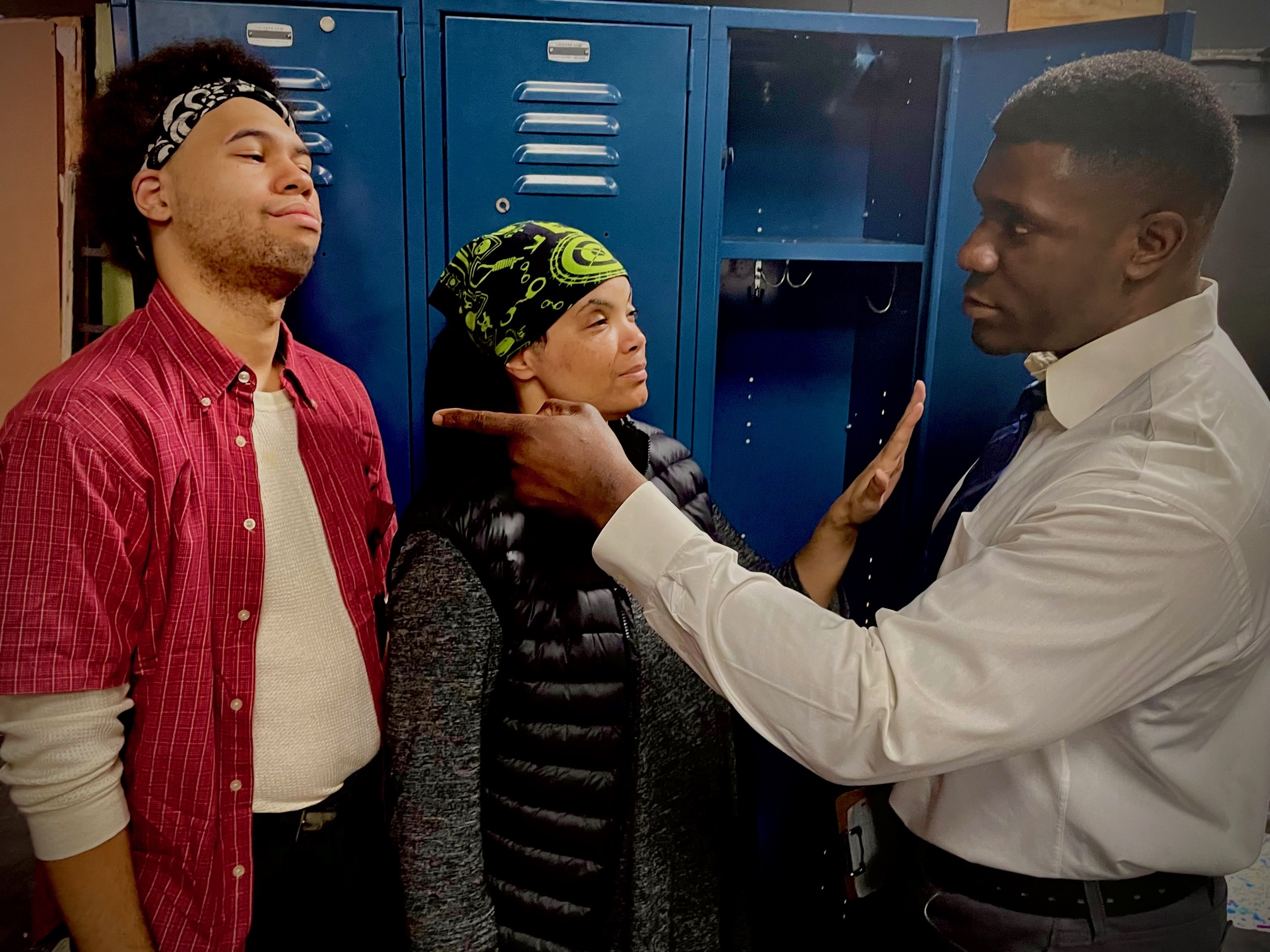 “Skeleton Crew,” Dominque Morriseau’s 2008 drama about four factory workers in Detroit, is this year’s Black History Month show at the Pearl Theater from Jan. 27 to Feb. 11.

“This play is very successful because these people all share the uncertainty of their future as the factory shutdown looms,” said director Errol Anthony Wilks.

“I’ve always been fascinated by the dynamics of the family at work,” he added. “Are they bonding or ravaging each other?”

The Pearl’s founding artistic director, Renee van Nifterik, stars as Faye, a shop steward tasked with protecting both her job and the livelihoods of two junior colleagues at an auto stamping plant.

The fourth character is a worker who has evolved into management.

Faye faces “extra portions” of discrimination because she is black, gay and the oldest worker among those who could be made redundant.

“She’s a strong woman on the east side of Detroit,” van Nifterik said. “She’s a survivor and someone who’s had to make some tough choices in her life. But she lives her life on her own terms and that’s something I can respect.

Other cast members are Broderick Davis as Reggie, the factory manager; and Cardero Berryman as Dez and Aviar Helen Crawford as Shanita, who face their own unique difficulties as they fight to keep their jobs.

“Skeleton Crew” is set in the break room of one of Detroit’s last remaining auto stamping plants, when all of America was in a recession and the auto industry was particularly at risk.

In a tight 90 minutes, loyalties are tested in the final chapter of what Morriseau calls “The Detroit Project.”

Last year, Pearl Theater presented the first show in the trilogy, “Detroit ’67,” which debuted on Broadway in 2013.

The second play in the trilogy, “Paradise Blue,” premiered at the Williamstown Theater Festival in Williamstown, Mass., in 2015, and is being revived January 26 through February 26 at the Ensemble Theater in Houston’s Midtown neighborhood.

“Skeleton Crew” is the third play, which debuted off-Broadway in 2016. Last year, its Broadway production won a Tony Award for Houston native Phylicia Rashad as Best Actress in a Featured Role.

Van Nifterik said the remainder of Pearl’s season will include: “Potato Gumbo” by Woodlands author Jean Ciampi, scheduled for March 10-26; “Disney Jr.’s Beauty and the Beast,” April 14-23; “Driving Miss Daisy” by Alfred Unry, from May 12 to 28; and “Almost, Maine” by John Cariani, June 16-25.