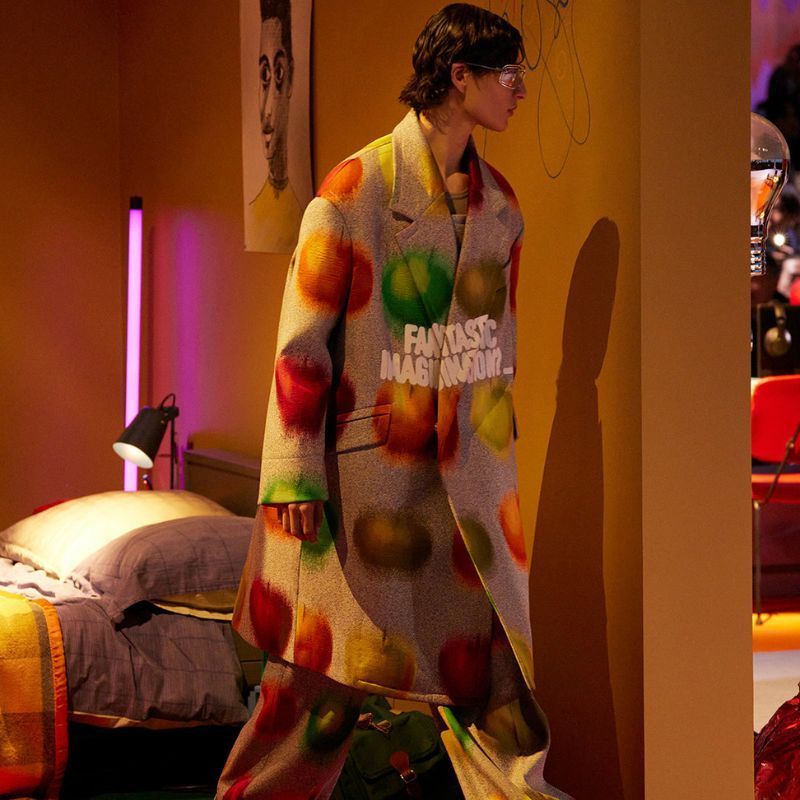 Paris Fashion Week has started with a bang with the best of the Fall/Winter 2023 menswear season. The fashion event also sees heritage fashion houses showcase their latest collections along with collaborative presentations.

Men’s fashion week opened with the return of Saint Laurent. The house’s creative director, Anthony Vaccarello, hasn’t presented on the official schedule since taking office in 2016, as he usually prefers to present in offbeat venues. Similarly, Louis Vuitton’s latest collection was co-created by KidSuper aka Colm Dillane while Dior paid homage to Yves Saint Laurent with its new collection.

From Louis Vuitton to Kenzo, here are some of the highlights from the menswear shows at Paris Fashion Week 2023.

At Louis Vuitton, the Fall/Winter 2023 collection was co-created by the house’s design team with American designer and artist KidSuper. The collection focuses on the idea of ​​growing up, represented through playful designs and silhouettes. The show started with a surprise performance by singer Rosalia and models paraded in oversized suits, trench coats and puffer jackets with a mix of bold patterns and wild colors. The color palette focused on bright shades such as lilac, neon green, orange, blue and brown as well as earthy tones such as black, brown and white.

Creative director Anthony Vaccarello took a classic approach with Saint Laurent’s Fall ’23 collection. With timeless pieces and extraordinary silhouettes, the collection is characterized by its versatility through garments such as coats, blouses with enlarged bows, trousers and overcoats – some of which have appeared in a variety of fabrics such as wool , cashmere, mohair, smooth leather and patent leather fabrications. The collection also included mesh tunics with elongated collars.

Loewe’s creative director, JW Anderson, focused on unconventional silhouettes. The flagship piece of the collection was a literal metal jacket, beaten into the shape of the wearer. Other items included frozen wool and velvet overcoats that didn’t move an inch even as the models paraded down the runway. The rest of the pieces featured oversized silhouettes such as jackets, coats, pants as well as bags.

At Kenzo, art director Nigo combined elements from late designer Kenzo Takada’s 80s portfolio with contemporary iterations influenced by British, American and Japanese street culture. There was a balance between Japanese design codes and American workwear in this collection. The director also delivered an ode to late designer Vivienne Westwood, whose work was a major inspiration to Nigo. Timeless pieces such as collared jackets, 60s suits, 70s leather coats, cable knit sweaters as well as patchwork jackets have been spotted.

Question: Where was Paris Fashion Week 2023?