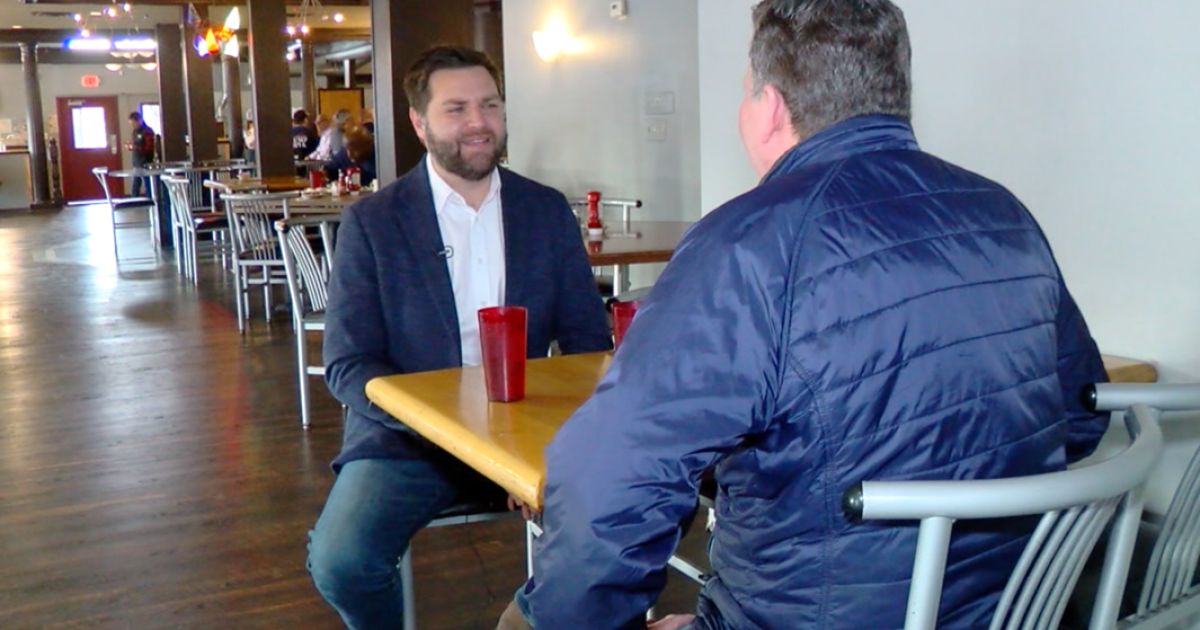 CLEVELAND — When JD Vance took over from Rob Portman on Jan. 3, he may have been a Republican replacing a Republican in the U.S. Senate, but in the Ukrainian community of northeast Ohio there was a striking contrast between the two men.

“Senator Portman was one of the leaders of the Senate, he was co-chair of the Senate caucus on Ukraine,” said Andy Fedynsky, director of the Ukrainian Museum-Archives. “And JD Vance, in his campaign, has spoken very negatively about Ukraine, so for sure it’s a big concern.”

Concerns that grew last week when Vance wrote a letter to the Biden administration demanding an accounting of funds the United States sent to Ukraine. Money that Portman pushed hard for.

“From the beginning, I have been very skeptical that our Ukraine policy accomplishes much more than the destruction of the Ukrainian country,” Vance told News 5 on Wednesday. “And obviously increasing the risk of potential escalation down the road in a way that may affect us, may affect many of our allies in Europe.”

But whatever your position on the war, he said it’s just a question of financial responsibility.

“What’s really striking here is that by some estimates we’ve spent $100 billion, by some estimates $114 billion. I think the actual number is much higher than what we spent in Ukraine,” he said. “We just need to have a better idea of ​​where that money is going – again, it’s whether you support it or not, we just need to be more careful with American taxpayers’ money, especially when we have the tax situation. , the fiscal situation we have here in Washington, we can’t spend money willy-nilly without knowing where it’s going.

As for the White House’s decision to send 31 Ohio-built Abrams tanks to Ukraine, he said he didn’t think it was a good idea, in part because he said our own base defense industry “is not up to it”.

RELATED: US to send M1 Abrams tanks to Ukraine

“We’re not in a position to make the weapons we need if, God forbid, the United States were to fight a major war, so I see that as a pretty big distraction. If we need M1 Abrams tanks for american uses it’s another matter to contribute more military resources to an army already strained in conflict, again, which in my opinion is ultimately not in the interest of our national security.

Gov. Mike DeWine, another Republican and himself a former two-term U.S. senator, was in Parma on Tuesday to pledge his continued support for Ukraine and its refugees here. He told members of the Ukrainian community that decisions could be made in Washington, but attitudes were shaped in the heart of the country, where silence was not an option.

“One of the important things is that those of us who aren’t in Congress but have the office bully pulpit that we have, whether it’s the mayor or the governor or whatever, that we were talking about and making it very, very clear that we support the actions of the United States to help Ukraine and we will continue to do so,” DeWine said.

He continued: “It’s not a partisan issue, Democrats and Republicans – if you look at the people who support our actions in Ukraine, it’s both parties. It’s still a country that believes in freedom, it’s is a country that believes that aggressors must be repelled and this brutal act of aggression that we see play out on our television screens every night our hearts simply go out to the people of Ukraine but we must continue to do absolutely everything we we can to help the brave men and women who are fighting there.

Vance, when asked what his message would be to the Ukrainian community in Ohio, he replied that it would be this:

“One, I’m always an open book and I’m always ready to have a conversation. There will certainly be issues, including the Ukraine issue where I feel differently from Senator Portman, but you know we had a lot of great Ukrainian supporters during our campaign, people who continued to support me as i took office and i think there are a lot of people, even within the ukrainian community, who disagree with me, but also a lot who share my point of view that we have to be careful here.

He continued: “The goal is not to destroy the country of Ukraine so that we can bog down another country in a permanent war of attrition, the goal here is to end this conflict so that we can rebuild Ukraine. and bring peace to Europe. And I think most people, even if they don’t share all the views that I have, share this broad view that what’s in the interest of Ukraine is in the interest of the states United and that is the end of this conflict.

RELATED: Governor DeWine joins US Under Secretary of State in Parma, pledging continued support for Ukraine

You can read more about DeWine’s visit to the Ukrainian community in Parma in the player below: