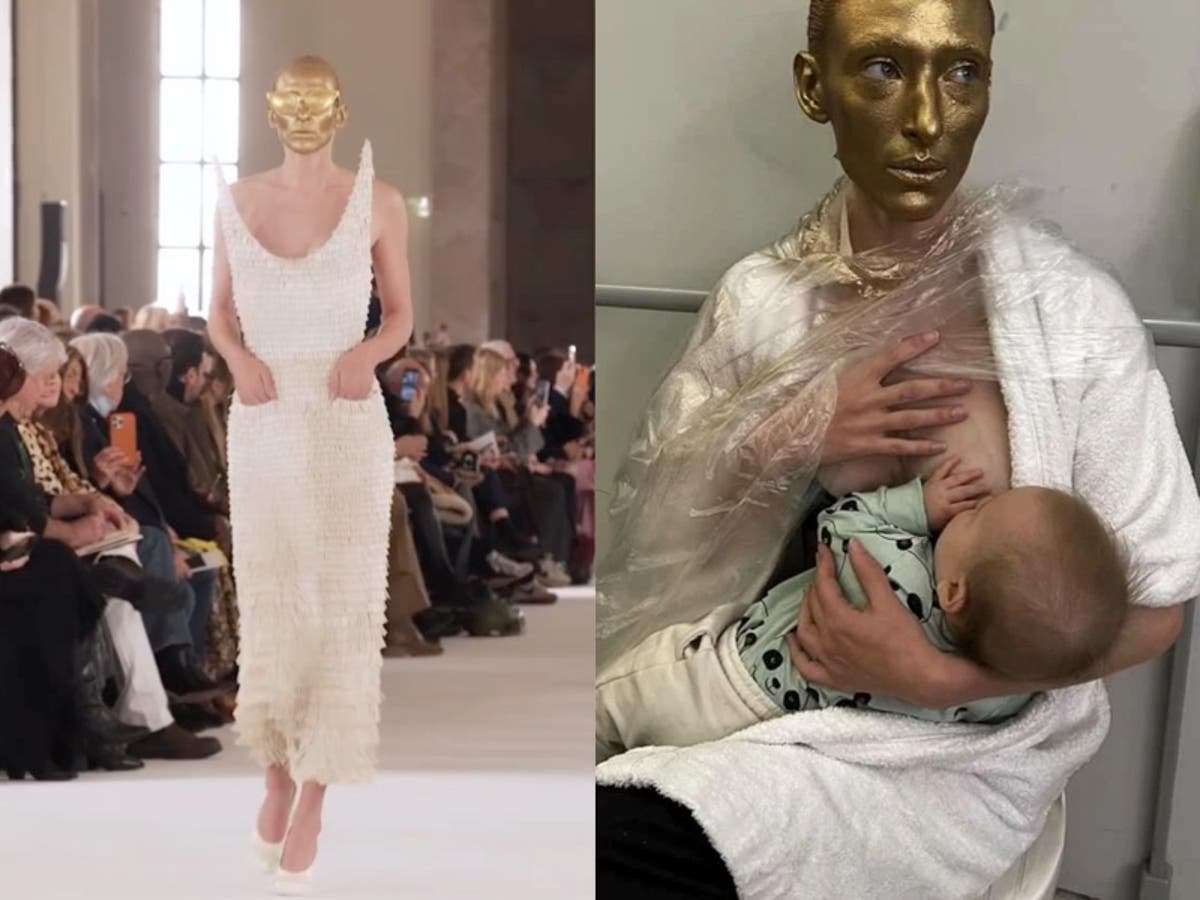 Model shares photo of herself breastfeeding backstage at Schiaparelli show: ‘The only thing that matters’

A model has received praise for her “iconic” multitasking abilities after sharing a photo of herself breastfeeding backstage at the Schiaparelli fashion show.

Maggie Maurer walked this week at the Schiaparelli Spring/Summer 2023 show in Paris. During the show, the model and mother-of-one modeled an ankle-length dress, while her face and glasses were completely covered in metallic gold face paint applied by celebrity makeup artist Pat McGrath.

The overdone makeup didn’t stop Maurer from fulfilling her parenting duties, however, as the model shared a behind-the-scenes photo of herself in which she could be seen breastfeeding her newborn baby Nora-Jane.

In the photo, which Maurer shared on Instagram, she could be seen wearing her face full of gold makeup and a white dress as she fed her newborn baby on her lap. To prevent makeup from transferring, Maurer wore a plastic covering around her neck and shoulders.

“#BTS [behind the scenes] #Mom,” Maurer captioned the photo, which has since been liked more than 12,900 times.

The photo drew an outpouring of praise from Maurer’s followers and peers, with one person writing, “Best photo ever.”

“You are simply ICONIC,” another person wrote, while someone else commented, “This is amazing. You are amazing.”

This isn’t the first time Maurer has celebrated being a mother while modeling, as she once walked the Nensi Dojaka Fall/Winter 2022 show while pregnant with her daughter.

Maurer’s post comes after Schiaparelli’s performance sparked a debate over the use of “fake taxidermy” on the catwalk. The latest collection from the Italian fashion house, inspired by the work of Dante Hellfeatured dresses adorned with realistic busts of a lion, snow leopard and wolf.

The controversial collection sparked debate on social media, where some accused the brand of encouraging trophy hunting.

However, on Schiaparelli’s Instagram, where he shared photos from the fashion show, he noted that “no animals were harmed doing this look.”