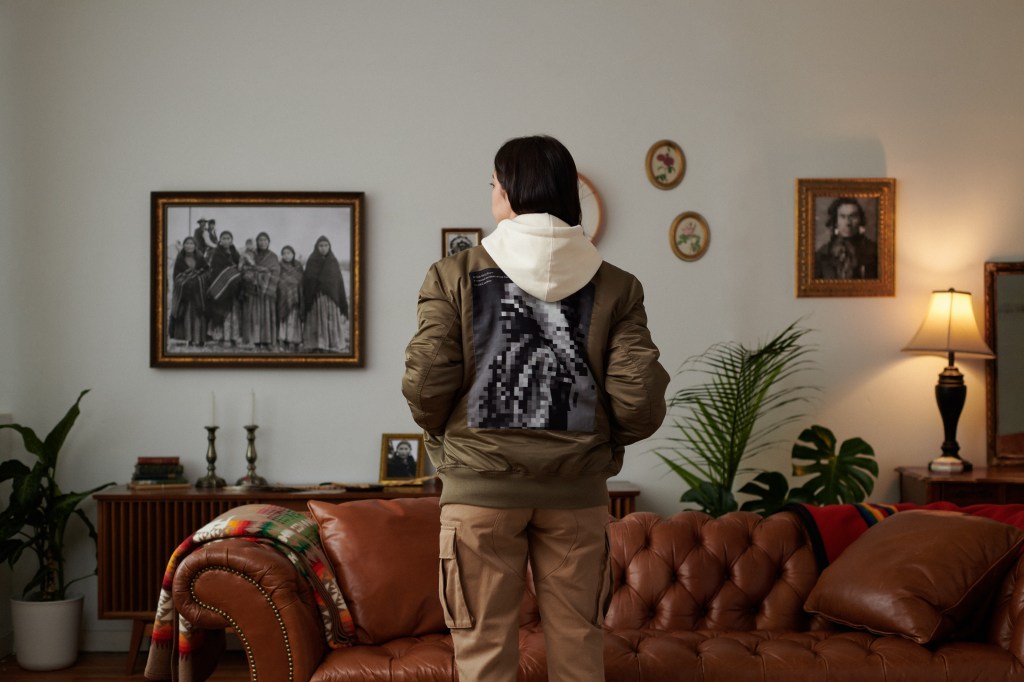 Launching a three-year partnership with trade show White Milano, the Toronto-based non-profit Indigenous fashion arts organization will bring seven designers to Italy from February 24-27 in a bid to increase their global exposure.

Designers include Lesley Hampton, a Temagami First Nation designer who is also a curve model with B&M Model Management, and is known for her sportswear, tulles, and waist-inclusive pleated party wear; Evan Ducharme, a Métis artist with ancestral ties to the Cree, Ojibwa, and Saulteaux peoples, who designs clothing and separates with “increased utilitarianism,” and Section 35 streetwear designer Justin Louis of the Samson Cree Nation, who has recently collaborated with Foot Locker Canada on a collection modeled by Amber Midthunder.

Other guest designers include Dorothy Grant, a 30-year fashion industry veteran who incorporates Haida art into her work; Iroquois bead maker Niio Perkins; Robyn McCloud, a designer inspired by “Dene futurism”, and Erica Donovan, who makes jewelry inspired by the land and its Inuvialuit culture.

The commercial partnership with White Milano was brokered by the Canadian Embassy in Italy and the group of designers organized by Indigenous Fashion Arts, which held its first fashion festival in Toronto in 2018 and is planning the next one for 2025.

“Our goals are to celebrate and champion, showcase and support Indigenous designers in the industry,” said the organization’s founding Executive Director and Creative Director, Sage Paul, of her vision. “We treat our fashion shows as artistic performances. And it is our mandate to pay artists’ fees. So we produce the shows, we raise funds to pay the production and other staff but we also pay designers to present their work, which is quite rare. In most fashion shows, you would have to pay to participate.

In Milan, in addition to the trade fair stand, the group will hold a panel discussion on what indigenous fashion is and how to work with indigenous designers.

“We want to build these market spaces for Indigenous designers. Our hope is to be able to have a delegation every two years,” said Paul, who has also taken groups to London Fashion Week.

On the broader subject of Native fashion, which was celebrated last year at the 100th anniversary of the Indian Market in Santa Fe, New Mexico, she added: “The appetite and demand from the public and consumers are definitely increased. Also, in our communities at large, we are gaining sovereignty over the work we do and how we do it.… It can be really daunting when there are so many political, cultural and religious differences, but fashion is one point where we can examine this together in a generative way. »