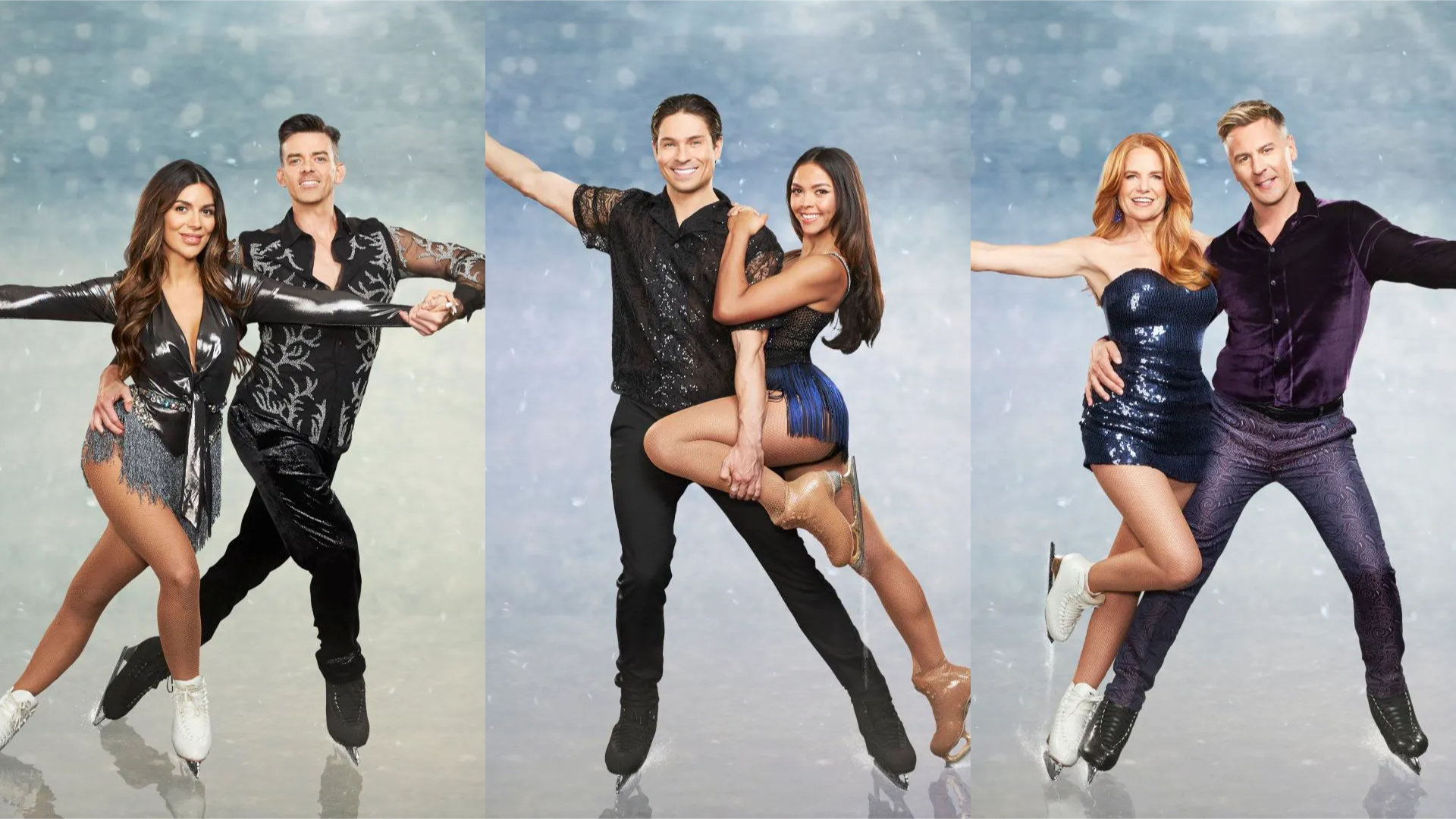 The Dancing On Ice celebrity and professional couples have been revealed for 2023.

Dancing On Ice returns to ITV1 and ITVX tonight, Sunday January 15 at 6.30pm.

A total of 11 celebrities will skate to impress the ice panel as well as the viewers at home.

Previously, the full lineup of professional skaters had been revealed, with familiar faces from the previous series returning alongside a number of new skaters.

Now, the full list of pairings has been confirmed…

11 new contestants on Dancing On Ice 2023 were first unveiled last year. Meet them and their professional partners below…

Actress and DJ Patsy says, “I thought I wasn’t going to do this because it’s going to be too hard! I was also thinking about my age and the fact that I might get hurt and being in LA, I didn’t know how that would work. But then I thought it might work really well. It will definitely be a brilliant challenge. I always want my kids to see that it’s good to do fun things, to challenge themselves, and to go out. And to be beautiful and fit!

Love Island winner Ekin-Su said: “I’m really competitive and I used to ice skate when I was a little girl – I did a show when I was six or seven and then I I started doing ballet. I’ve always had a performance side in my blood and I think Dancing on Ice will be tough, but it’s an opportunity to show another side of me to a different audience. I think I would be good and I can see myself winning.

TV personality Joey says, “I think the reason I decided to do this is that it’s going to bring some great structure to my life. I also like competition and I am very competitive. For me, it’s very exciting. Participating in Dancing on Ice is now the right time for me. If you had talked to Joey Essex at 23 and 24, I could have said “yes”, but I probably wouldn’t have put 100% into it. I want to do something like that, I’m very ready for that.

Coronation Street star Mollie says: “I think I’ve always found the idea of ​​ice skating really magical. There are always ice rinks at Christmas and there is this magical atmosphere. Also, as I got older, I realized that I didn’t have very good coordination and I always think to myself, ‘How can I improve it?’ After doing Dancing on Ice, I will be able to do anything! I don’t even drive but once I do that I’m gonna get
this driver’s license.

Drag queen The Vivienne says, “I always watched the show and thought, ‘Isn’t it amazing that celebrities have picked it up so quickly? And I wondered if I would be able to do it. I am very competitive and I want to win. I want to show people another side of me.

Football legend John says: “I thought it was something that would push my skills. I’ve been good at martial arts, boxing and soccer and the ultimate is doing something that will push you to your limits! I think Dancing on Ice is going to push me to my limits more than any other sports program.

Actress and West End star Carley says: “Learning something and hopefully adding a string to your bow – I’m so grateful to have this opportunity. The glamorous part with the costumes! And get back to dancing. I’ve been hungry to dance again and I’m fully aware that it will be different from dancing, but I love performing and doing it in any capacity because it’s in my blood. It’s an incredible opportunity, I could never have done it myself.

Wanted singer Siva says, “I decided this year to do a lot of things I would never do and to face my fears. Obviously, this year was an eye opener for me with Tom and witnessed his courage, which was contagious to say the least. It reminded me that life was worth living and to take it all in and enjoy it. From there, I made decisions based on that – finally getting my driving test in LA, booking the flight I always wanted to take, and enrolling in a songwriting course. In comparison, it’s not so scary anymore, all my fears have faded away.

Singer Michelle says, “I’ve always watched the show and I’m a huge fan of the show. My band mate Jessica [Taylor] I did it many years ago and always wanted to do the show but it was never my time. Obviously, I suffered from addictions so even though I always wanted to do the show and my name was in the hat, it was never the right time. I feel really strong and ready. I
I want to do it because it’s always been on my to-do list. The show is magical – the costumes and doing something different and outside of my box.

Olympic gymnast Nile says: “It’s an incredible opportunity. I retired from the sport a few years ago. You find it hard to find the real purpose, it’s a really difficult thing. It’s something that teaches a new skill, it’s basically a new sport and I’m excited to feel like a professional athlete again. I will take my training seriously. I’m a competitor so I really, really want to win! There is a fire in me that makes me a competitor. It’s going to be a truly amazing experience.

Comedian Darren says: “I like to dance and I like ice cream, that’s actually a lie – I hate both! Why should I register for this? What’s wrong with me? I can’t wait to be there, I just want to be graceful. I love learning new skills and Dancing on Ice is a new skill. I’m not a graceful guy, I don’t have much grace. I’ve always said I’m like a full fridge and I want this fridge to move like it has wheels. I want to look good, be graceful and confident on the ice. I probably won’t give up acting for ice skating, but if I can look really good, I might keep going.

Led by Holly Willoughby and Phillip Schofield, the show will air on Sunday nights throughout the New Year.

Torvill and Dean will return behind the judges’ desk alongside Ashley Banjo and Oti Mabuse.

As always, in each episode, a roster of all the star contestants will take to the rink live with their professional skaters to try and impress the panel.