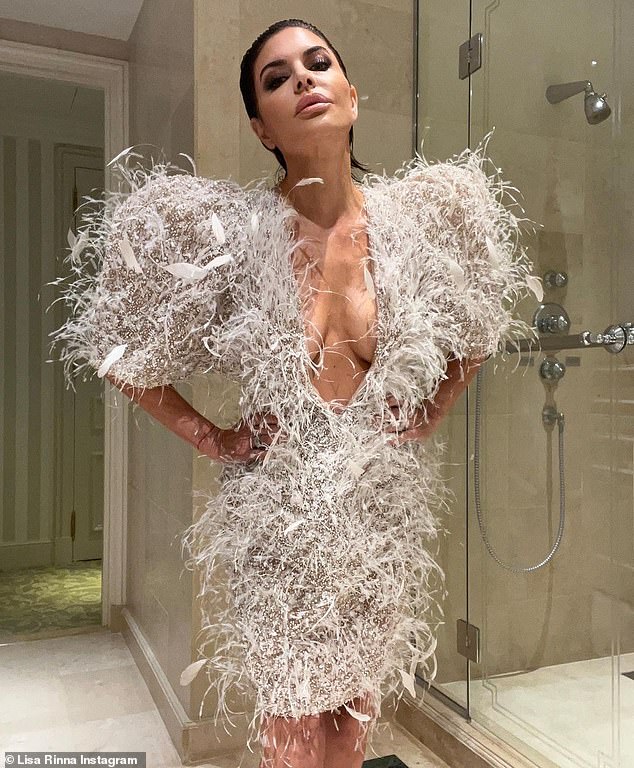 By Mj Bergin for Dailymail.Com

Lisa Rinna showed off her incredible figure while posing in a hotel bathroom during Paris Fashion Week on Wednesday.

The Real Housewives of Beverly Hills star, 59, looked fantastic in Instagram photos in a plunging gown by Ashi Studio.

The beauty took several poses in front of the mirror to show off her stunning outfit selected for the show.

She captioned her post: “Thank you @ashistudio what a great show #hautecouture.”

The dress featured fine white feathers with gold detailing, cinched at the waist to reveal the star’s fantastic figure.

The dress had large shoulder pads with the hem cut above her knees. The neckline plunged down to her belly. 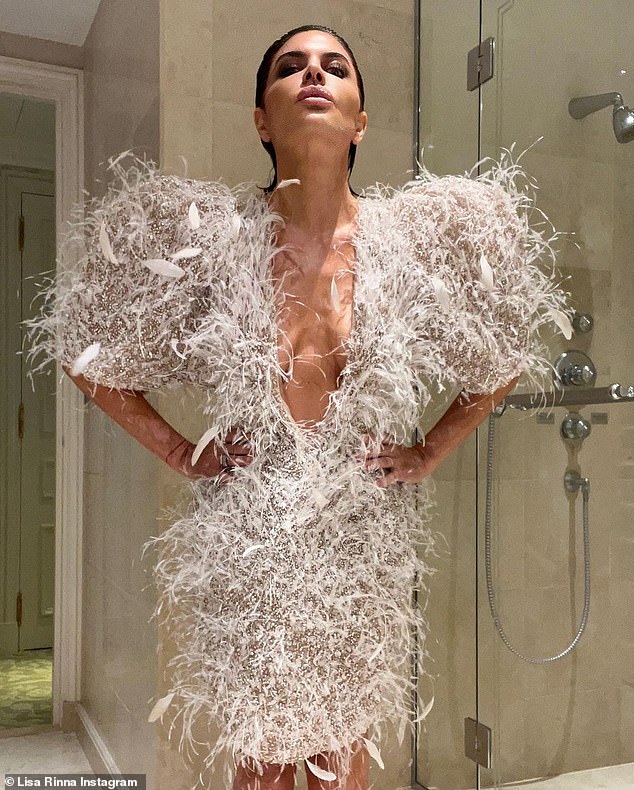 Figure: The 59-year-old struck several poses in her hotel bathroom to show off her stunning outfit 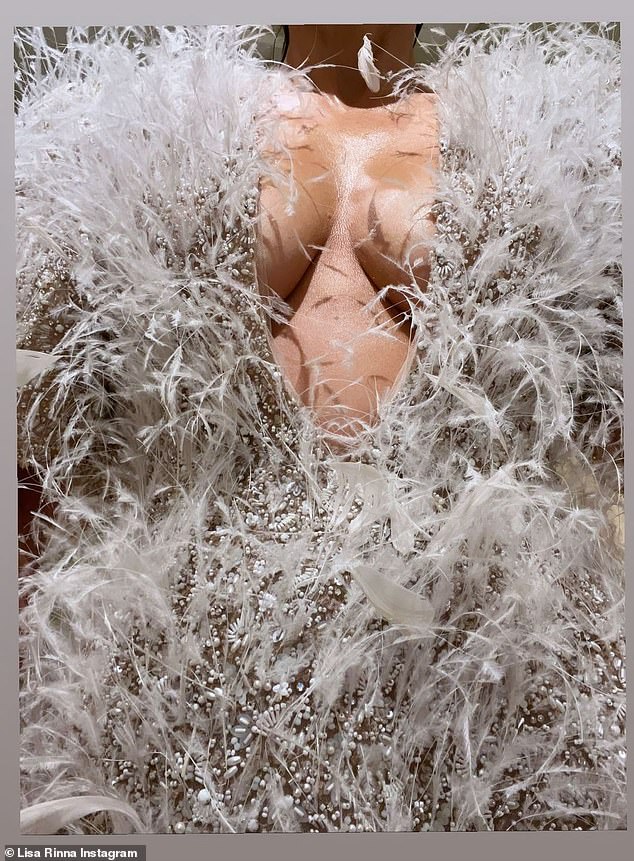 Wow: The dress featured a plunging neckline and was covered in thin white feathers with gold detailing

At the runway show she sat with Diane Kruger, Law Roach, and Jordan Roth, who were all dressed to the nines.

The former Days of Our Lives star has been in Paris for several days to attend various events for fashion week.

Before she sat for the Ashi Studio show, she also took in the Kenzo Menswear Fall-Winter 2023-2024 show and the Viktor & Rolf Haute Couture Spring Summer 2023 show. 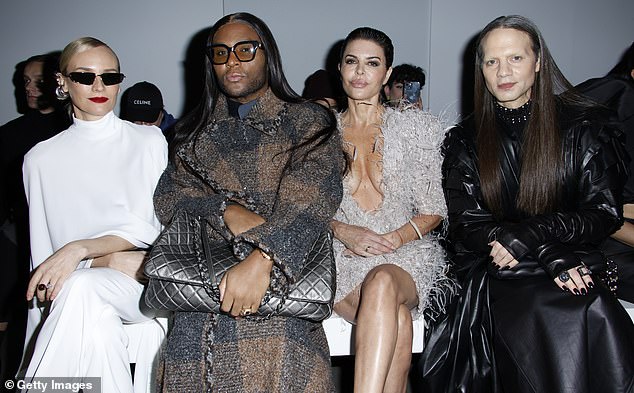 Stars: The Real Housewives of Beverly Hills star sat with Diane Kruger, Law Roach, and Jordan Roth at the Ashi show, who were all dressed to the nines 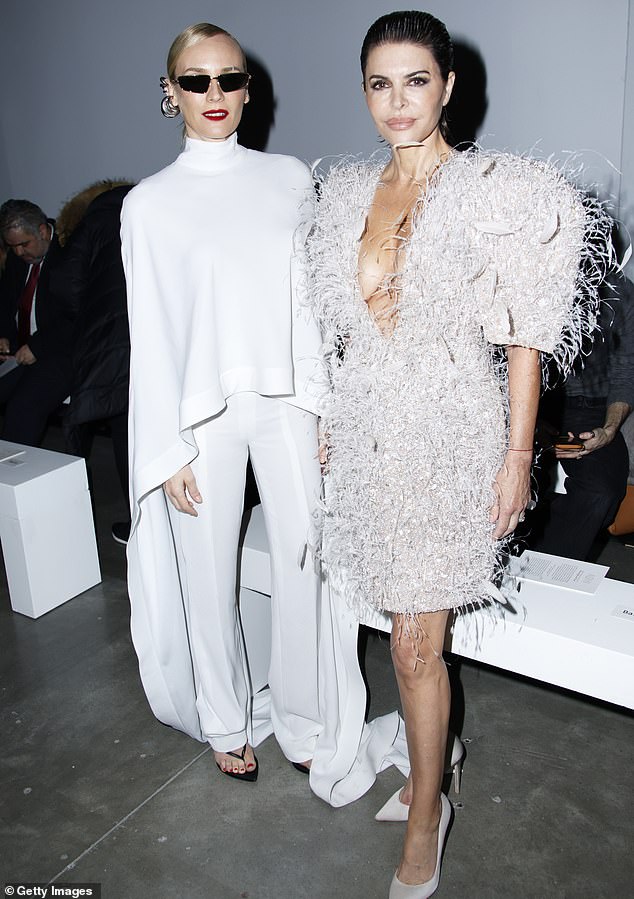 Pals: The beauty has been in Paris for several days to attend events for fashion week

The stunner wore a maroon and purple ensemble for the Kenzo Menswear show and added a bright orange beret with a ‘Paris’ patch sewn on top.

For the Viktor & Rolf show she wore an off-the-shoulder patchwork dress made out of different colored fabrics. 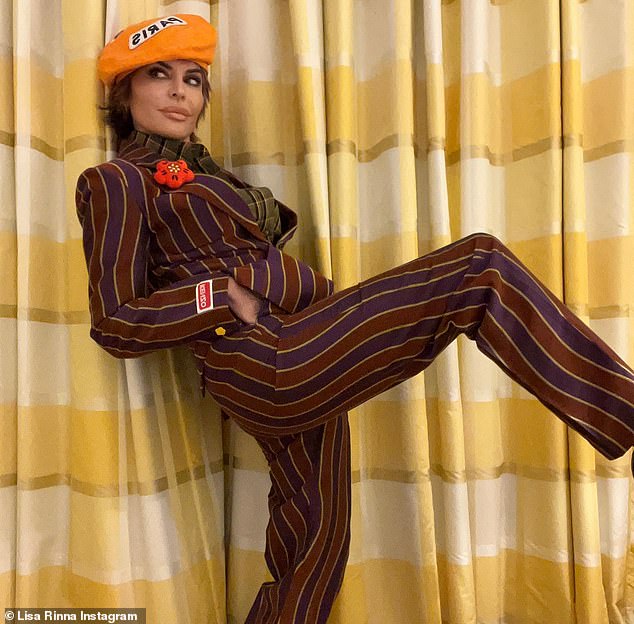 Stripes: Lisa attended the Kenzo Menswear Fall-Winter 2023-2024 show and wore a maroon and purple ensemble with a bright orange beret 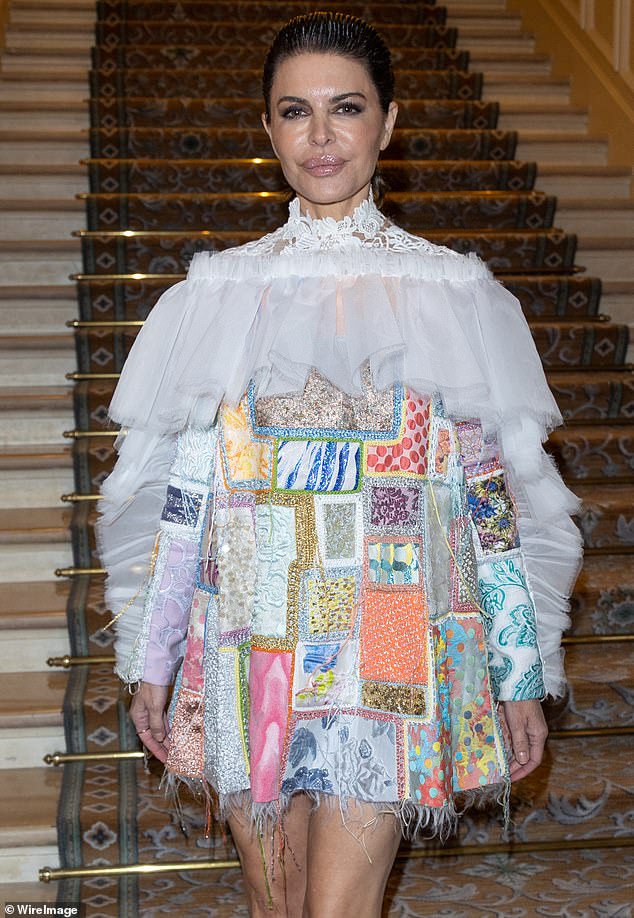 She also met up with some of her famous friends on her trip, such as her Real Housewives of Beverly Hills costar Erika Jayne, and her costar from Melrose Place, Kelly Rutherford.

Lisa recently shocked fans with her announcement that she would be leaving The Real Housewives of Beverly Hills.

Following a rough season, in which she grieved the loss of her beloved mom Lois, the reality star, 59, revealed that she is ‘grateful’ for her time on the popular series. 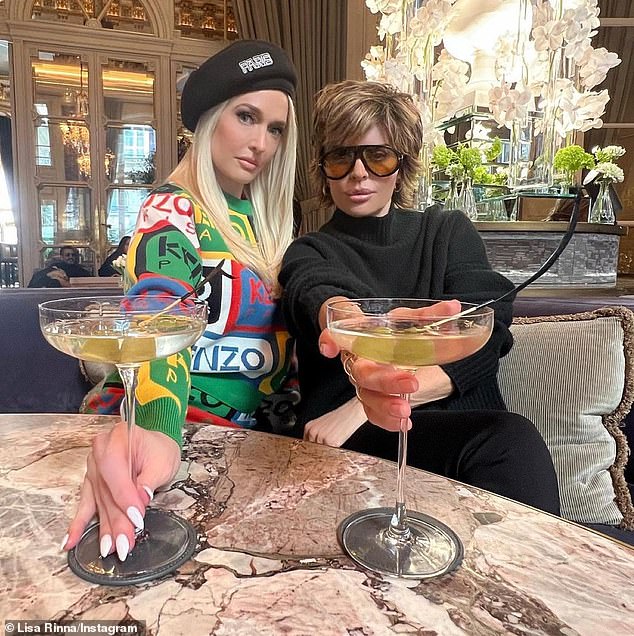 Costars: While in Paris, the beauty met up with her Real Housewives of Beverly Hills costar Erika Jayne

‘This is the longest job I have held in my 35 year career and I am grateful to everyone at Bravo and all those involved in the series,’ the reality star, 59, told People in a statement.

While she will not be returning to RHOBH, which is currently on hiatus after a heavy season, Lisa recently revealed she ‘booked a movie role.’

The last time she played a role other than herself was in 2021, when she appeared in the Days Of Our Lives: Beyond Salem miniseries. 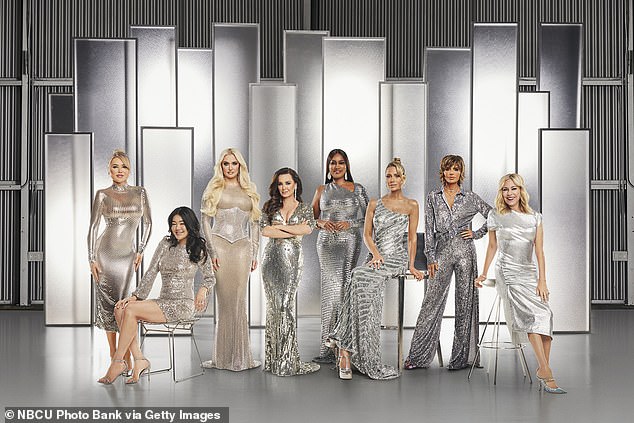 Lisa Rinna, who starred in 8 seasons of Real Housewives of Beverly Hills, says she will not be returning to the popular series