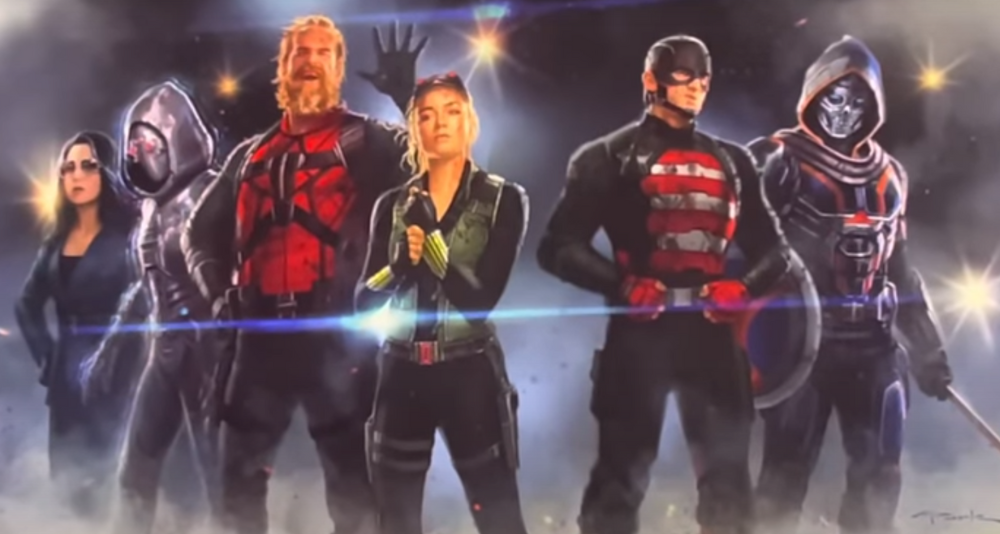 A brand new Love at first sight rumor claims to reveal who the film’s main antagonist is. 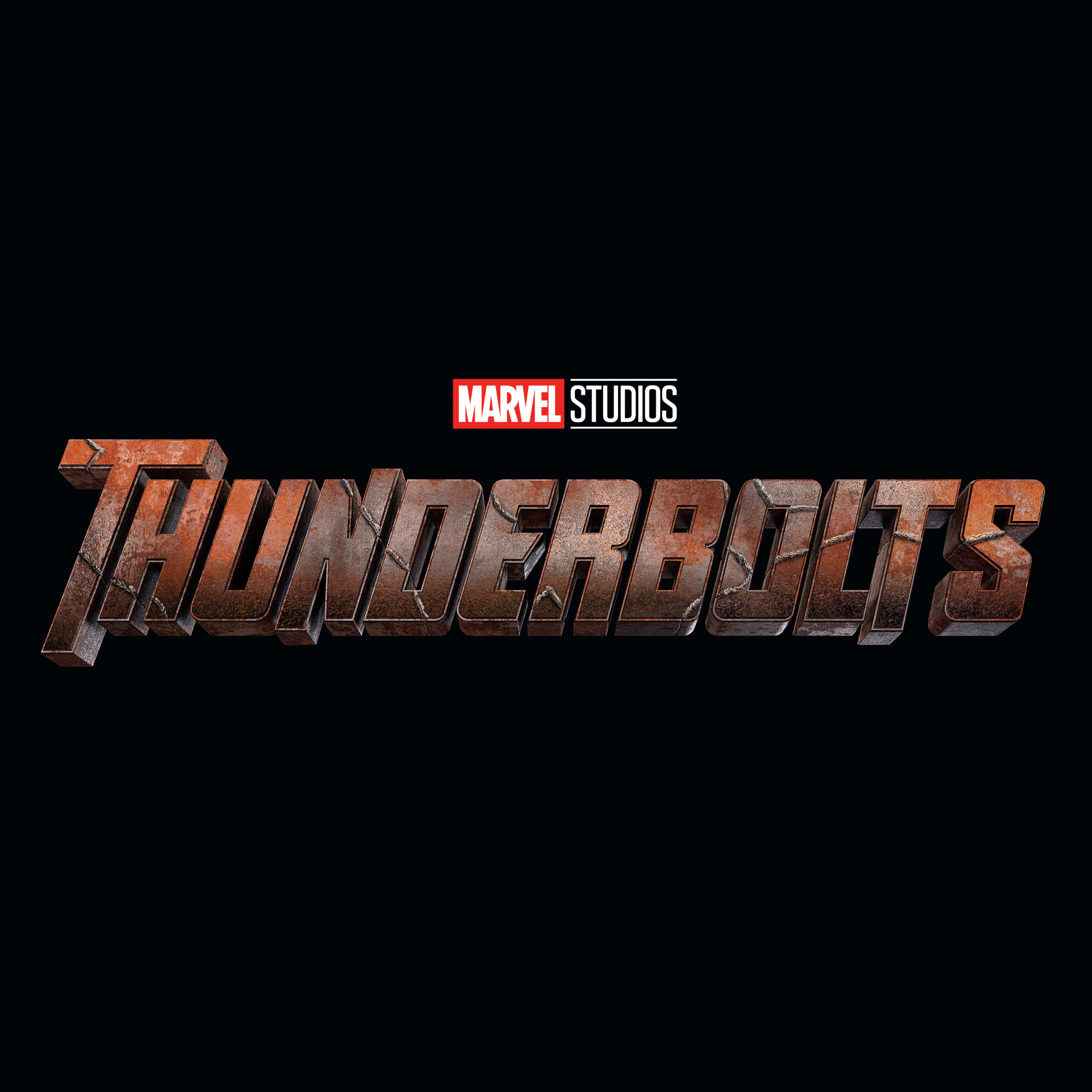 Love at first sight was announced as part of Marvel Studios’ Hall H presentation at San Diego Comic-Con last year. At the moment Marvel Studios revealed the movie will hit theaters on July 26, 2024 as part of its Phase 5 deals.

On D23 in September, Marvel Studios boss Kevin Feige would reveal the characters that would make up Team Thunderbolts.

RELATED: Phase 4 Of The Marvel Cinematic Universe Was A Total Disaster And There’s A Reason Kevin Feige Killed It At San Diego Comic-Con

He first noted that Julia Louis-Dreyfus would reprise her role as Countess Valentina Allegra de Fontaine. Next, he revealed that David Harbor would reprise his role as Red Guardian.

From there, Feige revealed that Hannah John-Kamen would return to the role of the gender-swapped ghost she originally portrayed in Ant-Man and the Wasp. Wyatt Russel will also join the team as a US Agent.

Feige then revealed that the team was rounded out with Olga Kurylenko’s Mission Master, Florence Pugh’s Yelena Belova and Sebastian Stan’s Winter Soldier. 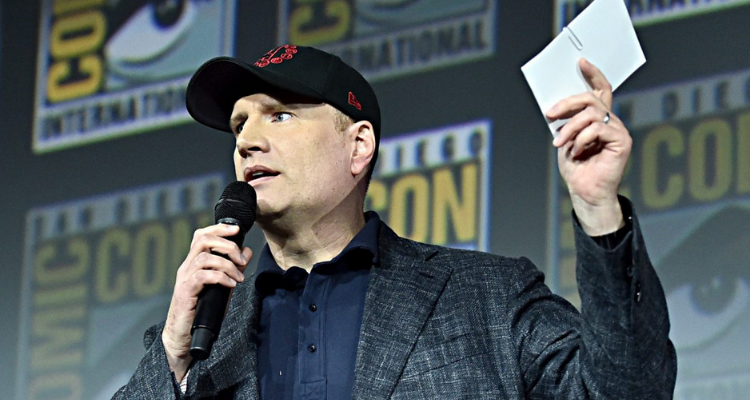 The team is radically taken from the original version of The Thunderbolts from the comics. The original team first appeared in The Incredible Hulk #449 in 1997. The team consisted of Citizen V, Mach-1, Songbird, Techno, Atlas and Meteorite.

Following this first appearance in The Incredible Hulk #449, the team got their own series in The Thunderbolts #1. It was revealed that they were actually a new incarnation of the Masters of Evil led by Baron Zemo and were actually Fixer, Beetle, Screaming Mimi, Goliath, and Moonstone. 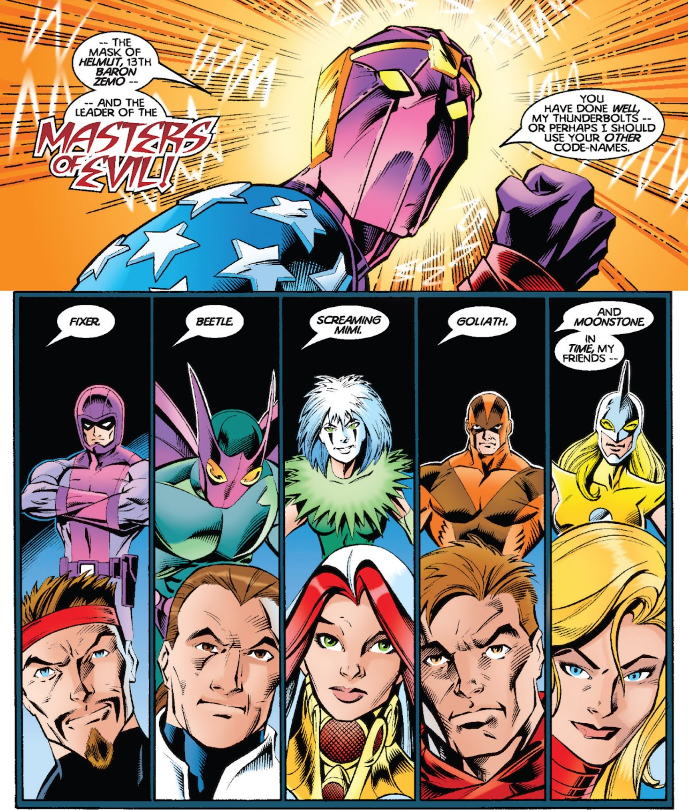 The team has had a rotating roster of characters on its roster since its debut in 1997. Winter Soldier, US Agent, and Taskmaster have each led separate versions of the team.

Ghost was also part of a handful of teams. Black Widow was part of the team in one incarnation, but it wasn’t Yelena Belova, but rather Natasha Romanoff. 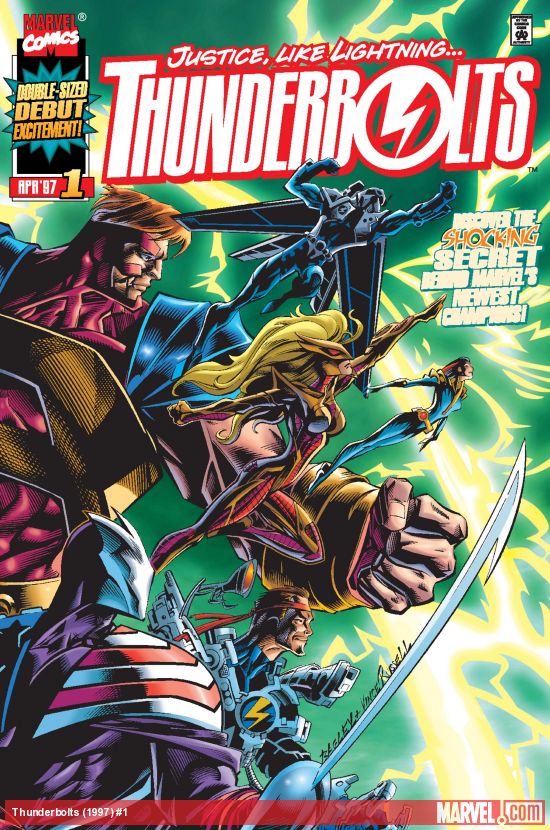 Other than the team, Marvel Studios hasn’t revealed many details about the film. A rumor from Twitter user CanWeGetToast claimed in December that Sentry would be the film’s villain, and the character would be created by Louis-Dreyfus’ Contessa Valentina Allegra De Fontaine. 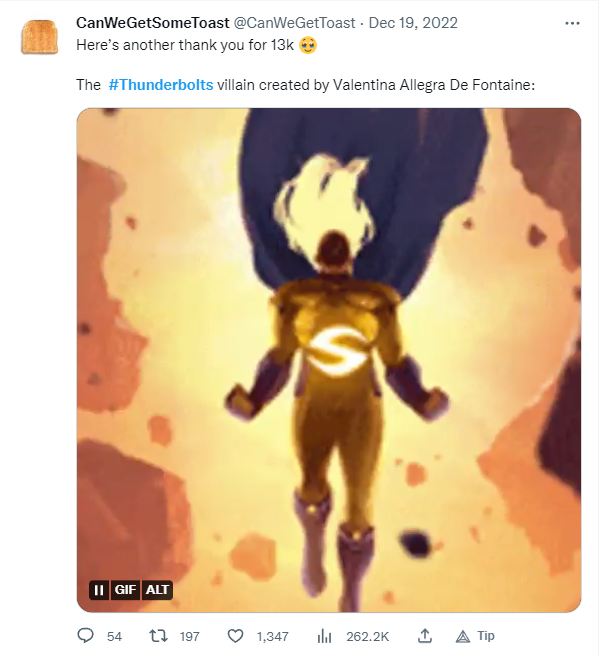 In a more recent update, the Twitter user provided some clarification, writing, “A bit of clarification on Thunderbolts: Yes, Sentry is the team’s PHYSICAL antagonist, but the mastermind behind it all is Val .” 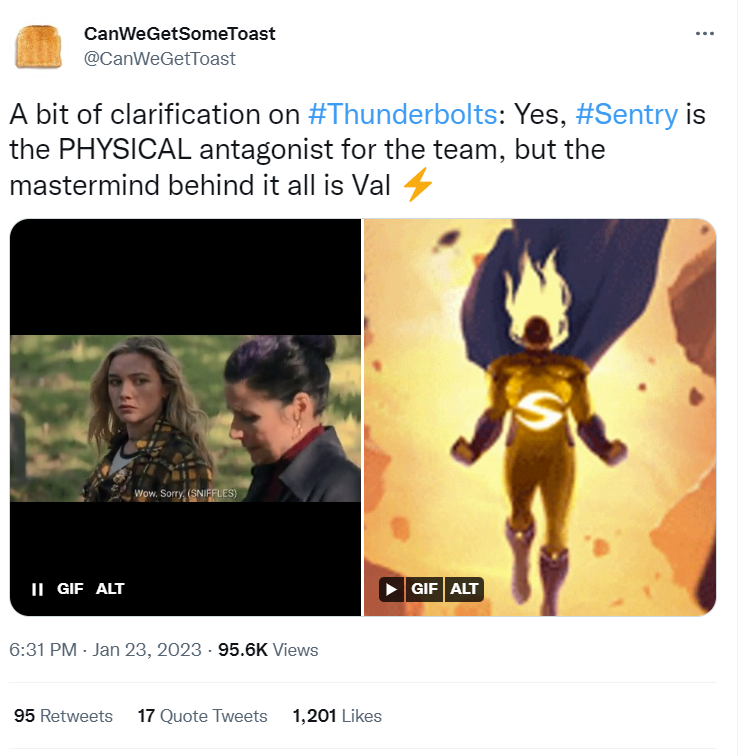 It is unclear how trustworthy this alleged scooper is. Although Feige announced that Ghost and Hannah John-Kamen would appear in the film, the user previously indicated that Ghost would not be in the film.

Earlier this month, the user tweeted a cancel and ghost emoji side by side with the Thunderbolts hashtag.

However, three days later, the user claimed that it was a “false alarm” and that “Ghost will appear in Thunderbolts”. 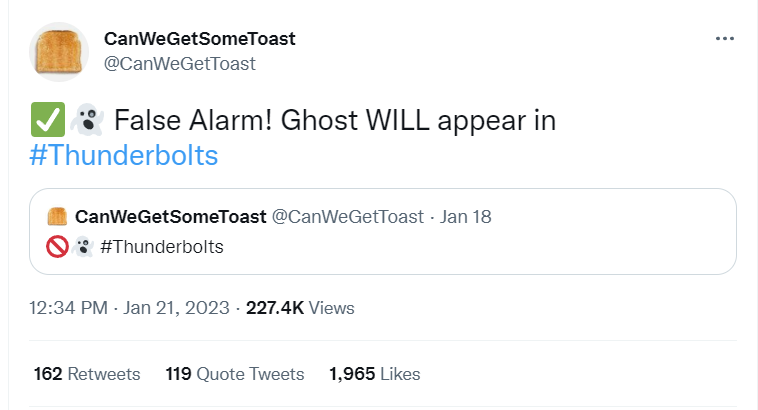 What do you think of this latest rumor regarding Love at first sight?