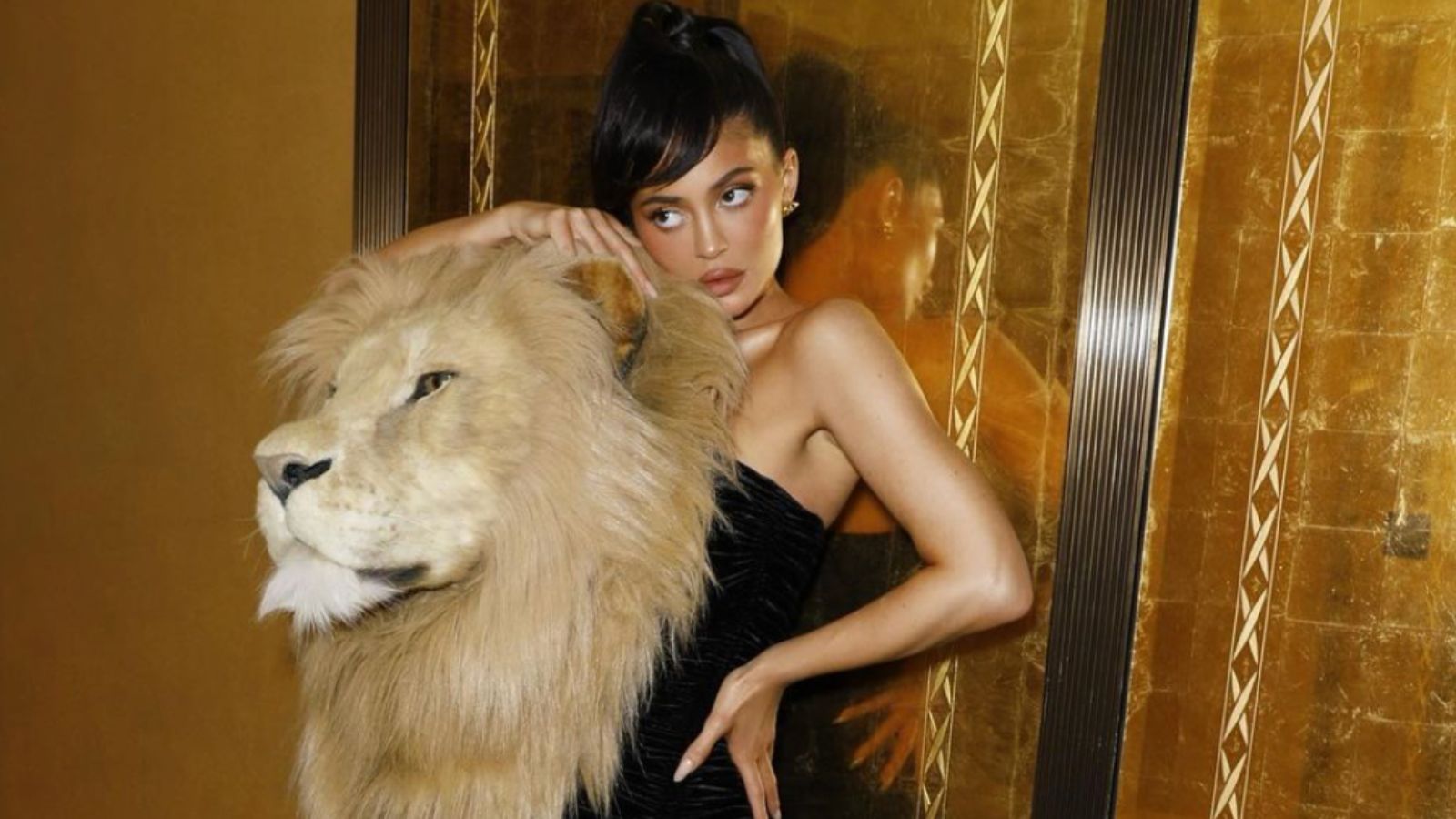 Kylie Jenner is facing backlash on social media after she wore a “realistic” lion head dress to Paris Fashion Week.

The Kardashian star shocked fans when she arrived at Paris Fashion Week on January 23, donning a lifelike lion head over her shoulder.

Kylie’s black Schiaparelli dress was made of “foam, wool and silk faux fur, and hand painted to be as realistic as possible,” the brand revealed on Instagram.

“NO ANIMAL WAS HARMED WHILE CREATING THIS LOOK,” the brand clarified, making it clear that the elaborate animal head is fake.

The 25-year-old also shared a post on Instagram, showing off her controversial dress. “BEAUTY AND THE BEAST,” she captioned. “Wow, I loved wearing this faux art creation hand constructed with synthetic materials. beautiful beautiful.

The article continues after the announcement

Despite the lion’s head being fake, many users still criticized the reality TV star and accused her of promoting trophy hunting.

“This normalization of trophy hunting is so bad. Use the natural beauty of wildlife to “shock” and stir up controversy. How sad and empty,” one wrote in the comments.

Subscribe to our newsletter for the latest updates on esports, gaming and more.

“That’s not cool at all, even if it’s wrong, stop promoting animal cruelty,” another commented.

“Come on Kylie…I love you but come on. Man made or not, promoting the acceptance of wearing animals as trophies is never okay,” a third shared.

Surprisingly, animal rights organization PETA, which has repeatedly called out the Kardashians, came to Kylie’s defense.

The article continues after the announcement

“Kylie, Naomi and Irina’s looks celebrate the beauty of wild animals and can be a statement against trophy hunting,” the PETA president told Page Six Style. “These fabulously innovative three-dimensional animal heads show that where there is a will, there is a way.”

As of this writing, Kylie Jenner has yet to respond to the backlash.