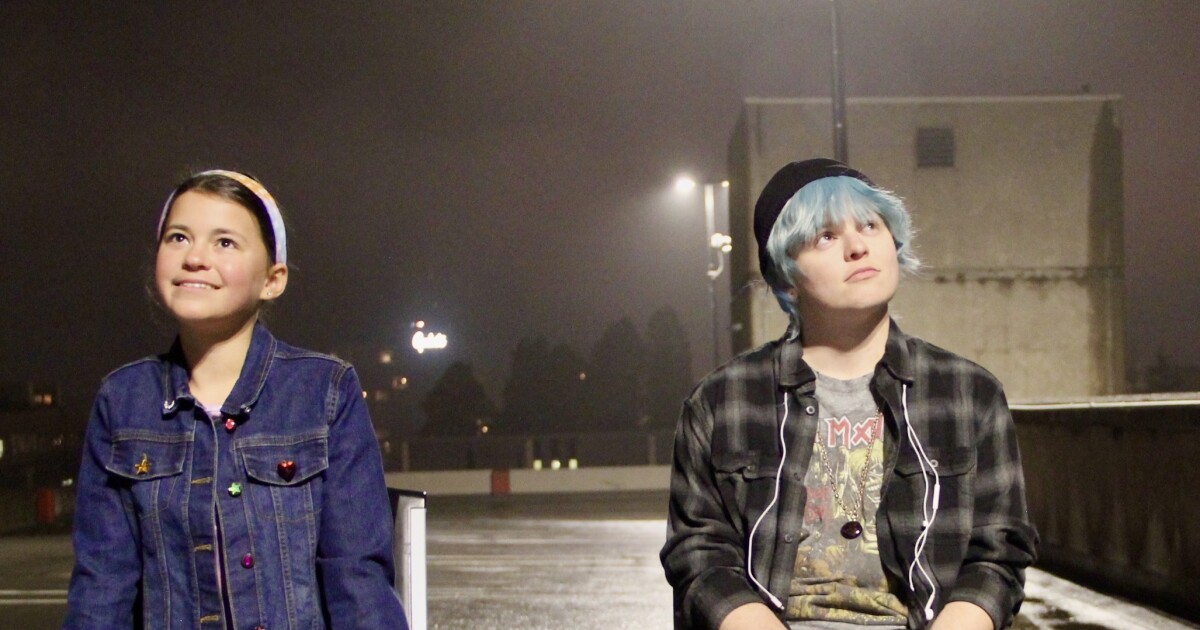 KLCC Theater Review – The Man and the Moon

Now playing at the Oregon Contemporary Theater, Man and Moon, by Siena Marilyn Ledger, is a two-person show whose title clearly identifies the characters. The man is Aaron, a young man in transition recently diagnosed with cancer.

In a waiting room for oncology patients, he meets 12-year-old Luna, a precocious girl who loves space, planets, and theories of time. She spends a lot of time there while her mother undergoes cancer treatments and is so excited to have Aaron as a captive audience that she almost defies gravity. Her mother has been sick for years and Luna really needs happiness, wherever she can find it. Gradually, over subsequent encounters, Aaron and Luna develop an unlikely but deep friendship.

Under the direction of Eric Braman, the exceptional actors, Nina Kuhl as Luna and Dmitri Rose as Aaron, show us how two very different people can come to understand, appreciate and support each other. .

Luna is in constant motion, spinning, bouncing, twisting, chattering. You would be hard pressed to find someone more expressive with body, face and voice. Moreover, she dazzles with her clothes, lots of colors, lots of rhinestones flashing like stars.

Aaron is the opposite. Her loose clothing hides her body; a fringe of blue hair almost covers her eyes. He tries to hide his emotions but he really sympathizes with Luna. Despite their age difference, they are both alone and uncertain about the future.

The man and the moon is a short piece without intermission. It ran long the night I saw it, and the script gets slow towards the end. Fortunately, the play is presented by several theaters as part of a national development program, and the author will have valuable feedback for rewrites.