These are just a few of the words designer Haider Ackermann has used to describe his upcoming couture collection made with Jean Paul Gaultier. Wednesday’s show, which is the fourth in Atelier Gaultier’s unique program of guest designers, is one of the most anticipated of the season.

In fact, the concept has become one of the big agendas of Paris Couture Week. Sacai’s collaboration, the start of the project, helped rekindle interest in the brand’s ergonomic classics; Y/Project and Diesel designer Glenn Martens’ denim mania made the red carpet something to aspire to (and brought us Chloe Sevigny’s wedding dress!); and Olivier Rousteing resulted in some of the most breathtaking and famous works of his career. This is not an audition or test to see if a designer’s vision can fit into a house’s “codes”, but rather a chance for designers to go crazy in the creativity department, working with all the resources of a Parisian sewing workshop. Collections tend to spread far beyond typical couture week fare, putting the Martens name in the mix for big designer appointments, for example, and inspiring weeks of anticipation on the social networks on the looks that the next guest designer could rework. It’s like a one night sewing adventure.

“I don’t even understand his generosity,” Ackermann said. “Because if that was my name, I’d be so bossy.” He’s laughing. “And the fact that he can have that kind of freedom, to give us all carte blanche…” He trailed off. “I don’t think I would be able to do that.” They had lunch together, and Ackermann said he tried once or twice to conjure up what he might want to do with sewing. But Gaultier was not interested: “He just wants to be surprised. So the only job I have to do is try to honor him and make him proud on Wednesday.

Ackerman, wearing a black T-shirt and his usual tinted lenses for our interview, is one of fashion’s most stylish and impressive personalities. You could even say it’s a cooooool duuude, with his mustache and his sunglasses and his out-of-this-world tailoring. He’s a designer of designers, counting Karl Lagerfeld and John Galliano among fans of the eponymous brand he’s been designing for more than two decades. He also developed unusually close friendships with Tilda Swinton and Timothée Chalamet, two actors known for their wild taste and who often appear in the designer’s futuristic works on the red carpet. (Of his relationships with the two stars, he said, “We have the immense luxury that we just agree” on what looks great.) Although we spoke in the middle of his end of the collection on Sunday, he was lively, serious but imperturbable. Like Gaultier, in fact, he is a little mischievous. He started ruminating, at one point, about how great it would be to do another Gaultier couture collection – how much deeper and wilder it would get. Then he stopped and chuckled, “Why am I saying that?” 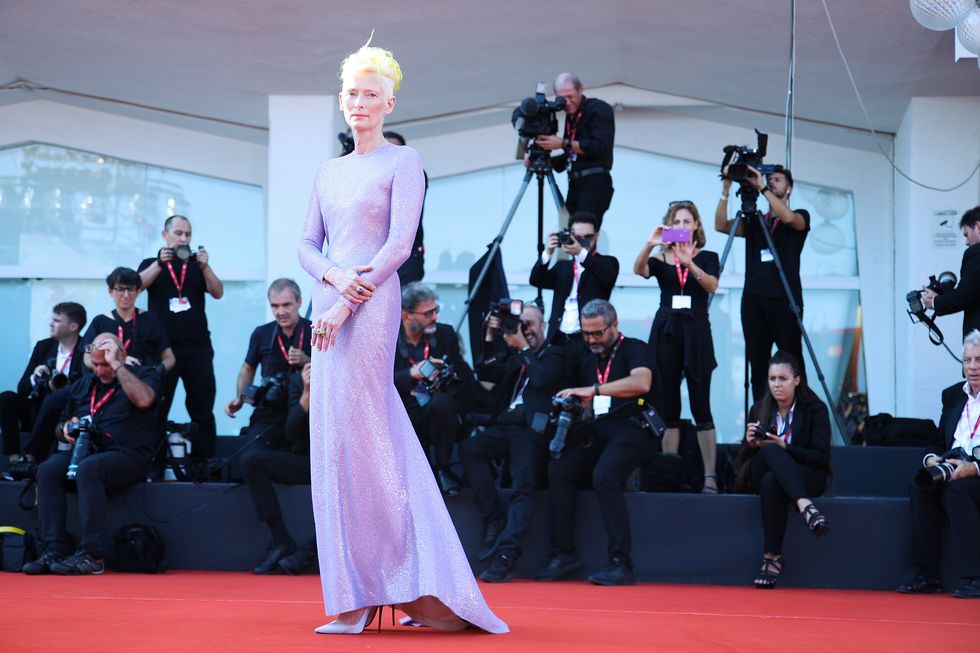 Tilda Swinton wearing one of Ackermann’s creations at the Venice Film Festival in September.

Ackerman called it “an interesting exercise” to examine Gaultier’s earlier work and find similarities with his own. His work is unique in the warmth and humanism of his approach to minimalism. Gaultier, on the other hand, is known for his maximalism and provocation, and his references drawn from sartorial traditions around the world. “Where do you find the balance to make it yours?” Ackermann wondered aloud.

Going through Gaultier’s archives, “I realized that I was much closer to him than I ever imagined.” When you look at Gaultier’s past collections, you might think of his maximalism, his wild layers and accessories, and his bold clashing patterns. “There’s so much going on, and there’s so much styling,” Ackerman said, “and there’s so much hair and makeup, that sometimes you don’t get to the point, or you forget the essential.” Looking at these pieces closely, he appreciated “the architecture and the modelers and all the work and all the detail – you say, Oh wowwww….” 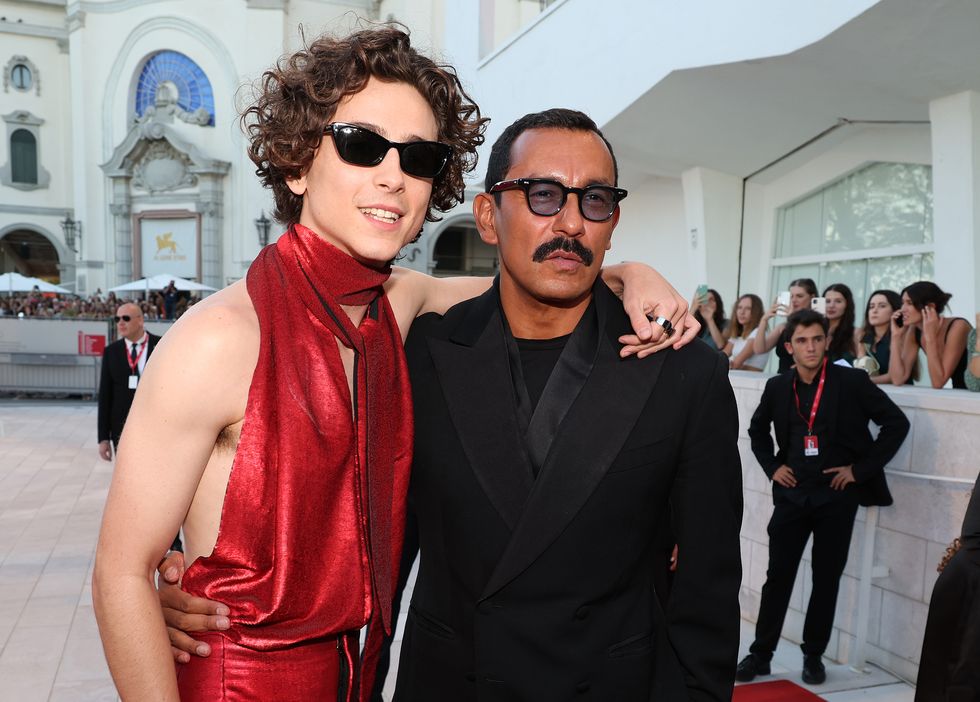 The designer with his friend Timothée Chalamet, who wears Ackermann’s creation, at the Venice Film Festival last September.

The tailoring of her couture debut in 1997 particularly stood out – a sense of elemental or understated that can surprise even longtime Gautlier heads. “I wanted to touch these pieces which were very serene, calm, very linear, very pure. I’m going to get a touch of that purity that he used to do, when you take all the styling and everything out.

When asked what he had discovered possible in couture as opposed to ready-to-wear, he mentioned a bolero from this early Gaultier couture collection that featured huge parrot feathers on the shoulders. , shown above.

These types of feathers are no longer used in sewing, but the workshop helped him achieve something similar. “Everyone [in the atelier] are really passionate about the work,” he said, “because they spend so many hours and minutes and so much time on the smallest points. Seeing all this and observing it was a very moving experience.

The hope for fashion fans and insiders alike is that the project can add to Ackermann’s aura and bring him new opportunities at his own brand or elsewhere. There were rumors at the end of 2020 that her brand might close or be sold (it is owned by Anne Chapelle, the Belgian fashion entrepreneur who also owned Ann Demeulemeester until she sold it to Italian fashion mogul Claudio Antonioli just over two years ago), and the designer hasn’t shown a collection since before the pandemic. In a season of designer musical chairs – menswear kingpin Louis Vuitton and the top job at Gucci are just two vacant roles – Ackermann’s name just might be in the mix, especially after the Wednesday’s sewing debut.

“As you age, the older you get, the more dust you push off your shoulders,” Ackermann said. “So you’re looking for a kind of purity and something much calmer. And I think we live in a world that’s already screaming. So much. Who is so loud. So more and more we can hold back and be still and quiet – I think that’s a great luxury that we have. Let the others scream. Let yourself do your work in silence. It suits me better.

Rachel Tashjian is fashion news director at Harper’s Bazaar, working across print and digital platforms. Previously she was QGfirst fashion critic of, and worked as associate editor of GARAGE and as a writer at vanity lounge. She has written for publications such as Reading forum and art forumand is the creator of the invitation-only newsletter, Opulent Tips.