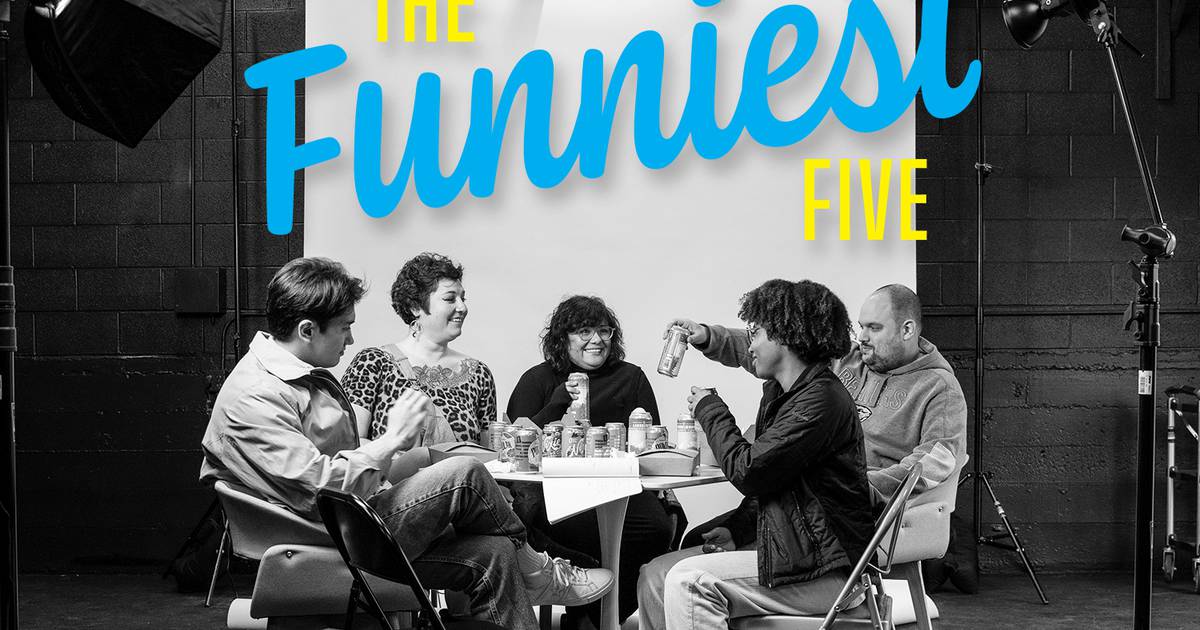 Here are the best comics in town, as chosen by their peers

The funniest thing Sam Whiteley ever saw happen in Portland was Keljin Blevins scoring two 3-pointers in the fourth quarter on Feb. 9, 2022, pushing the Blazers to victory over the Lakers. In other words, LeBron James didn’t lose to Damian Lillard. He lost to Damian Lillard’s cousin.

We can’t promise anything quite as spectacular in our next Funniest Five showcase, but if you need a laugh, you’re in luck. The winners of our annual Funniest Five poll, including Whiteley, are ready to find out what’s funny during a tough time for our city.

Even through the worst years of the pandemic, we’ve kept the Funniest Five alive. The grim reality has reinforced our commitment to celebrating great comedy, though we worried last year when fewer ballots than expected were cast and programming was all-male.

Voters this year chose a bold crop of comics. Topics they joked about include sex, race relations, Christianity, Mormonism, mortality, and pubic hair. Rather than dread the specter of cancellation, they revel in the discomfort, especially their own.

These are the comedians who laugh the most when the joke is at their expense, unleashing their insecurities for our greatest pleasure. It’s entertainment, but it can also be therapy, both for us and for them.

You can see it for yourself at the Funniest Five Showcase on Friday, January 27 at the Alberta Rose Theatre. For now, enjoy these profiles of our comedy class of 2023, along with a roundup of stand-up showcases worth seeking out. —Bennett Campbell Ferguson, Associate Arts and Culture Editor

Eight comedy showcases to check out in 2023