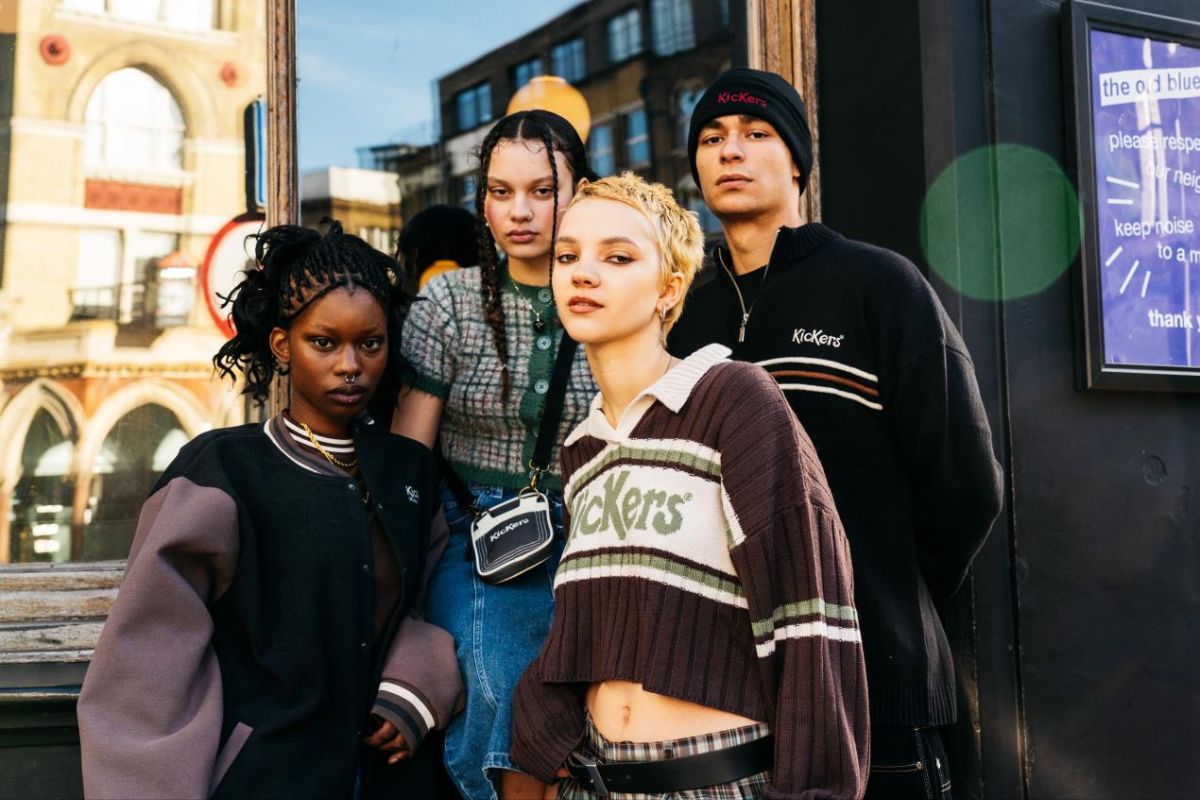 Ethan Penn, an alumnus of Plymouth University of the Arts, has joined Kickers UK as Deputy Brand Director – Social Manager. A 2019 graduate with first class honors in BA (Hons) Fashion Communication, Ethan steps into the role after working for retail brands ASOS and Everpress.

Originally from Hertfordshire and now based in East London, Ethan, 24, said: “I have always been a huge fan of the brand ever since I had the opportunity to visit Kickers UK licensee Pentland Brands Ltd to present as part of my second year. They have always been on off my radar, so when I saw the post on LinkedIn, I knew it was a no-brainer.

Kickers is a youth shoe brand founded in France in 1970 which became popular in the UK in the 1980s. During the late 80s and early 90s the Kickers brand really gained popularity as Manchester’s music scene was beginning to grow. First with Acid House which was followed by the rave and indie rock movements, creating the infamous ‘Madchester’. The Stone Roses could be seen wearing the iconic Kick Hi in their video for Fools Gold and the ravers would be seen flooding the fields in their red Kickers, further fueled by Noel Gallagher and Jarvis Cocker with the introduction of Britpop. Since the 90s they have been synonymous with RnB and urban artists and a whole new wave of rock bands with Mike Skinner of The Streets celebrating their 40th anniversary at Glastonbury in 2015 wearing red Kickers on stage. Now Kickers is ready for the next generation, having revamped its online presence and embraced modern social media practices that Ethan is exploring in his new role.

“My role is incredibly varied. As Assistant Brand Manager – Social Lead, I manage all of the brand’s social media accounts, managing both the Instagram profiles and the Kickers UK TikTok profile. I create, plan and source all content while working with media agencies to explore social analytics, content performance and paid ads. Coming from a primarily creative background, I have contributed extensively to the visual aesthetic, style and artistry of the brand by leading our e-commerce and creative/talent shoots, as well as contributing to seasonal campaigns and to special projects. With such a small team, I’ve had the chance to explore a range of areas within brand marketing and I’m excited to continue to do so!”

“I’ve learned so much, from influencer outreach and agency management to paid social strategies and business insights. As Kickers UK has three main product offerings, school, kids and then shoes and apparel aimed at Gen Z, I learned a lot about these areas. Along with the specific responsibilities of the role, I had the opportunity to really work on my confidence and ability to lead campaigns from initial inception to execution I recently ran a student event in Manchester with our music PR agency, where we worked with student promoters and hosted an underground club night showcasing the city’s best up-and-coming talent.

Since graduating, Ethan has worked as a freelance fashion assistant and general designer operating under several renowned London-based magazines and stylists, assistant for GQ, Boys By Girls and Wonderland publications. Prior to joining Kickers, Ethan was previously assistant fashion editor for NR Magazine, a bi-annual publication focusing on contemporary fashion, art, design and music.

Inspired by the diverse aesthetics of British youth and subcultures, Ethan regularly incorporates these aspects into his creative projects. Drawing inspiration from underground queer culture, Ethan also enjoys publications such as old Playboy editorials and magazines like “The Face”.

“The Fashion Communication course at Plymouth University of the Arts was amazing. I had the best three years with the teachers and really forged some lifelong friendships. The size of the class made me allowed to be truly heard and to have my creative practice influenced and shaped in the best way The feeling of closeness and intimacy gave me plenty of room to grow and learn directly from tutors and other courses during our interdisciplinary studies.The course also provided some amazing opportunities, including an internship at British GQ in my second year and an introduction to Pentland Brands Ltd, where I now work.

“My advice to someone trying to get into the fashion industry would be availability and the vibe! When I was starting out I was assisting a lot of stylists and each job always led to another, so I would suggest work as hard as you can, make sure you’re always available and leave your mark on whoever you work with. In terms of atmosphere, you can learn a lot of practical skills, but you need to have the right ones. social skills and a willingness to engage and learn from those around you I’ve managed to land so many jobs and internships just by being chatty and friendly it all depends on your vibe and how well you can connect with other people in the room.

“Kickers is launching some pretty sweet kicks and garms this year, so I’m excited to be taking the creative lead on all the launches and finishing my first full year with the brand, and we have lots of student events planned in the UK. Uni. so keep your eyes peeled!”

Kirsty Smith, Senior Lecturer and Head of Course for BA (Hons) Fashion Communication at Plymouth University of the Arts said:

“Ethan is a wonderfully energetic person. He quickly realized that creativity was the ultimate form of expression for fashion brands. Ethan’s keen eye for art direction and styling, along with his desire to challenge the status quo, brought a sense of wild shine to Fashion Communication. He constantly pushed the limits, convinced that his creativity would lead him to have maximum impact. Through theory modules and live briefs, Ethan learned to train his eye and master the language of the industry. The team is very happy to know that he works for a brand he loves!

Plymouth University of the Arts was voted by students as the best arts university in the UK for overall student satisfaction in the National Student Survey (NSS) 2022, voted by students as the best small institution or institution specialist at the Whatuni Student Choice Awards 2022 and shortlisted for Company of the Year at the National Sustainability Awards 2022.