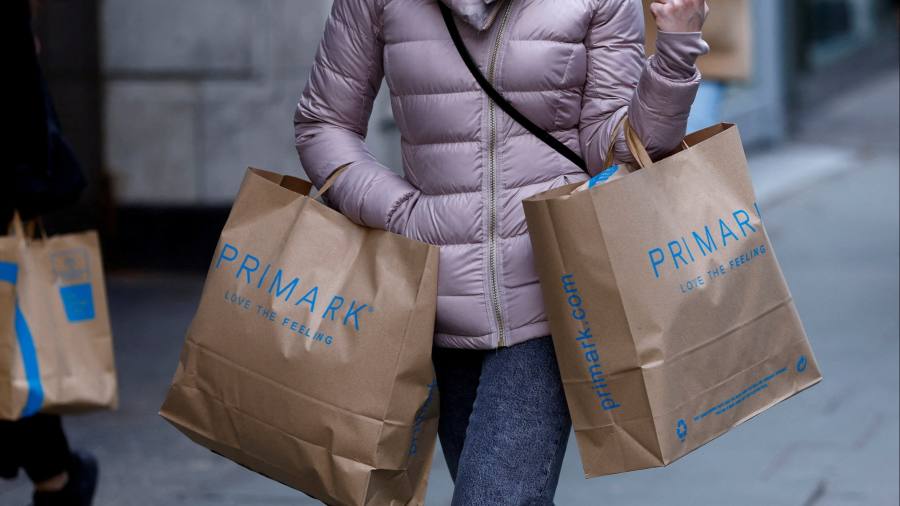 Primark’s low prices led to record Christmas sales for the retailer as Britons searched for bargains amid the cost of living crisis.

The fashion chain, which does not sell its products online, recorded a 15% rise in sales to £3.1billion for the 16 weeks to January 7, hitting a new high in the week to Christmas day.

Visits to stores have increased significantly in major city centers as well as on high streets and in retail parks, the company said, following a drop in footfall during the closures.

“We’ve had a number of years where you’ve seen an increase in online sales [retail], but online came back to that period,” Chief Financial Officer John Bason said. “As soon as you start delivering at home, your prices are structurally higher. If you want to have a good time, come to Primark.”

The chain has long been one of the few high street retailers resisting the shift to e-commerce. Last year it introduced a click-and-collect service in the UK for some items, but it remains dependent on consumers visiting its stores.

Online-only fast fashion retailers such as Boohoo and Asos have struggled since the end of pandemic restrictions and haven’t seen the same boost as high street brands over the Christmas period. Boohoo said its revenue would decline about 12% from its prior fiscal year.

Primark’s parent company, Associated British Foods, said the group’s sales rose 20% to £6.7 billion from a year earlier. The group, which also sells household staples such as sugar, bread and other ingredients, maintained its full-year guidance but said its adjusted operating profit and earnings per share would be lower than expected. those of the previous year.

ABF, which is controlled by the Anglo-Irish Weston family, said a stronger U.S. dollar and price rises helped boost its profits.

Primark said comparable sales in stores worldwide increased by 11%. It will open 17 stores this year, including seven in the United States and three in France. “Europe was a little soft last year but now it’s back,” added Bason.

Barclays analysts wrote in a note that “brick and mortar is back.” They added that “despite the gloom surrounding disposable income”, Primark’s volumes were up thanks to its affordable offering.

The share price fell 1.5% at the start of London trading on Tuesday.