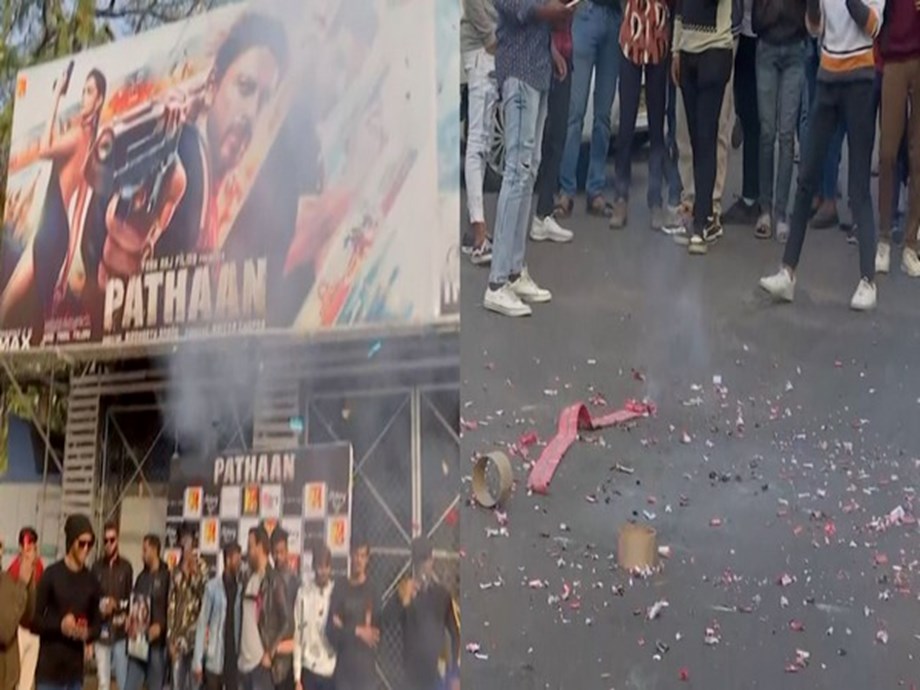 As Shah Rukh Khan’s star ‘Pathaan’ was released worldwide on Wednesday, Pune’s iconic Victory Theater witnessed delight as fans rushed to the cinema to watch the action-thriller . Since early morning, fans have been flocking to the theater in large numbers to watch the film’s first broadcast.

They were seen celebrating outside the cinema as they expressed their joy by popping firecrackers and colorful smoke bombs. One of the fans told ANI, “I’m very excited. You can see there are so many people here despite the negativity around the movie. Still, the people are there, which means the positivity is always there. alive, just like Pathaan.”

Another fan who made a poster of the movie said, “I’ve been a fan of Shah Rukh Khan for 30 years. I’ve been his fan since 1994. Different fans are different types and have different passions because I’m numismatics and I I like to collect currencies, so I thought of paying homage to him in my own way.” “Pathaan” is Shah Rukh Khan’s first release in over 4 years.

The film is part of Aditya Chopra’s ambitious spy universe and has the country’s biggest superstars – Shah Rukh, Deepika Padukone and John Abraham – in the lead roles. It also stars Dimple Kapadia and Ashutosh Rana in key roles. SRK is paired opposite Deepika in the film. He and Deepika are one of the greatest on-screen couples in Indian cinema history and have worked in films like ‘Om Shanti Om’, ‘Chennai Express’ and ‘Happy New Year’.

In this film, Salman Khan is featured in a cameo, reprising his role as R&AW (Research & Analysis Wing) agent Avinash Singh Rathore aka Tiger, while Katrina Kaif will also be seen doing a cameo as Zoya. (ANI)

(This story has not been edited by the Devdiscourse team and is auto-generated from a syndicated feed.)