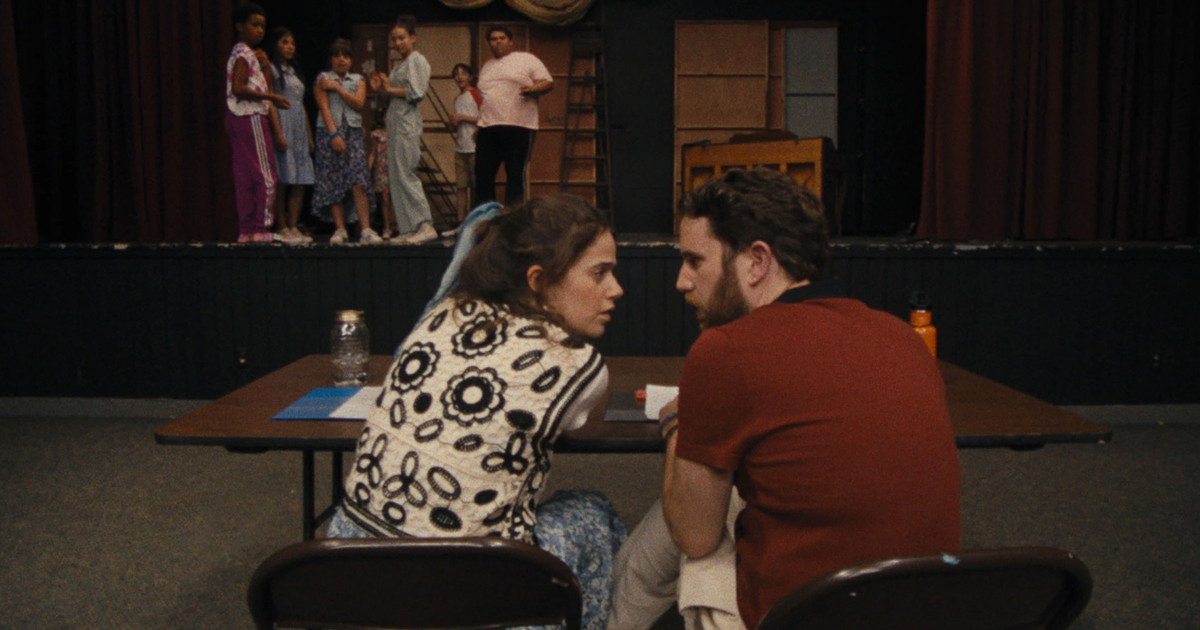 Fox Searchlight spent $8 million on Sarah Gordon and Ben Platt’s Theater Camp, but was it worth it?

PITCH: Counselors at a theater camp attempt to save it from seizure when its beloved founder falls into a coma.

MEET AGAIN: theater camp comes from writer-director duo Molly Gordon and Nick Lieberman, with Gordon playing the lead role alongside co-stars and co-writers Ben Platt and Noah Galvin. It’s a loving tribute to an experience that obviously meant a lot to them, with the film opening with footage of a young Platt and Gordon playing their hearts out on stage as children. If you’re a theater buff, it’ll no doubt be fine for you, but it lacks the hilarity and the hook to justify the $8 million Fox Searchlight spent at Sundance this year. It’s pleasant enough, but it’s not particularly funny.

The big problem is that the movie revolves around the adults at the camp, who are far less interesting than the kids themselves, who are all awfully talented. There’s a great movie to be made about this band, but they all need to have their own story developed and fleshed out. Instead, we have the same old recycled ground where a middle-class summer camp is in danger of being taken over by the elite summer camp next door, with financial vultures circling the camp, waiting that he fails. Even that (admittedly flimsy) plot is scrapped, with too much time devoted to Gordon and Platt, who play a pair of co-dependent best friends who haven’t grown up.

We’re supposed to find them compelling, and both are talented performers, but their roles are the least interesting in the film. They are meant to be dedicated advisors, but neither feature prominently in the plot where they must save the camp. Both are shown as too self-centered to care. Characters like this are fine, but why are they the protagonists? I wanted to see more of Ayo Edibiri (from The Bear) as a city guy who comes to work at camp and doesn’t know anything about acting. Or Patti Harrison, as the film’s “big bad,” one of the bankers wanting to shut down the camp but suggesting a certain level of vulnerability in her performance. In particular, she has a sweet chemistry with Jimmy Tatro, who plays the “crypto bro” son of the camp’s founder (Amy Sedaris), who mounts various schemes to save the camp. He and Harrison could have been the protagonists, because they could have had the most touching arcs. In contrast, Gordon’s and (especially) Platt’s characters come across as whiny and self-absorbed, which is meant to be funny, but often falls flat. The film adopts the trendy “mockumentary” style, but it feels like they’re both trying to be the goofy “Michael Scott” character, but the film desperately needs a center to anchor things.

The guy who could have been that center is Noah Galvin, who plays the camp’s technical director and is also the most talented performer. His character is meant to lack confidence, and his arc could have been fleshed out more. He contributes the film’s best number in the big climax which, in a legitimately funny moment, features a group of kids performing Studio 54 excesses on stage.

That said, the film played to a largely receptive audience here at the Eccles Theater (the biggest venue at the festival), with the actors apparently receiving a rare encore after the Q&A session. A lot of people really liked it. So even though it didn’t work out for me, the movie might make a lot of people happy once Searchlight releases it. Even still, I would expect it to perform better in streaming than in theaters. 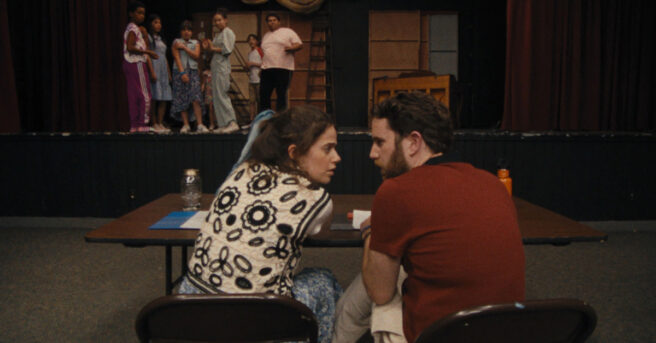