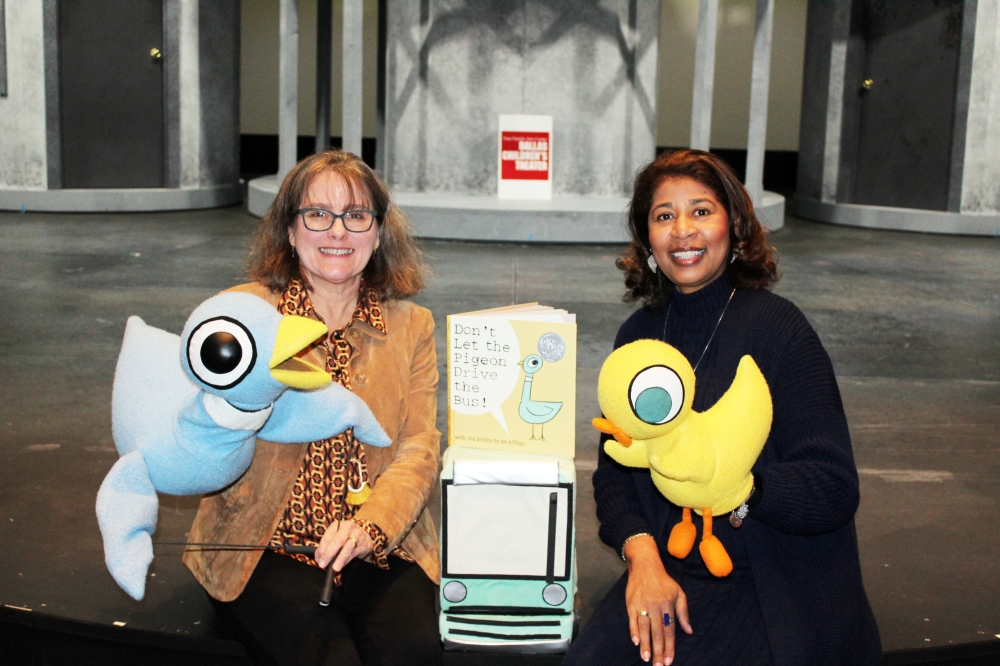 When Robyn Flatt and Dennis Vincent founded the Dallas Children’s Theater in 1984, DCT artistic director Nancy Schaeffer said it was done to fill a void.

“We needed a professional youth and family theater in Dallas,” she said.

Shaeffer and her husband Karl Schaeffer have worked at DCT since 1984.

“I was in the very first play and started teaching the very first classes,” she said. “My husband, Karl Schaeffer, was the first real employee. He still works for us as an actor and teaching artist.

Over the decades, the non-profit organization has taken up residence in a few locations. It began by meeting at Withers Elementary, an ISD school in Dallas, then moved to the Crescent Theater in downtown Dallas. In 2003 the organization moved to its current location on Skillman Street, which had previously been a Don Carter Lanes bowling alley.

Upon purchase of the 58,000 square foot building, renovations such as raising the roof and adding a fly loft for the stage were carried out.

As artistic director, Shaeffer said she had many responsibilities such as selecting shows for each season, directing, overseeing artistic decisions, and hiring teachers and actors.

“Robyn knew she needed to hire artists, she always said she made a home for artists here,” Shaeffer said. “We were one of the first theaters to pay non-union actors and we still do.”

Robertson points to another way DCT has remained consistent.

“There has always been a commitment to diversity and inclusion,” she said. “If you look at our history, Robyn has always been fundamentally committed to making sure that even in 1984 we had a diverse cast when people weren’t thinking about it.”

A season at DCT includes six productions, she said. There are 30 to 40 performances of each production.

“A huge client for us is public, private and community schools that come to our field trips,” Shaeffer said. “A lot of times it’s kids whose parents can’t take them on the weekend. We don’t do a different show on the weekend than we do on the weekday. We want all of our audiences to have a great show .

Because their doors have been open for over 38 years, it’s not uncommon to have relationships that span decades.

“I have parents who bring their child to my classes and say, ‘Ms. Nancy, you taught me and now you are teaching my child,'” Shaeffer said. “Some came as children and are now series actors.”

DCT offers academy courses for students as young as 3.5 years old. The program includes subjects such as acting, musical theatre, filmmaking, improvisation and much more.

“We play a very important role because we’re a professional children’s theater, it’s not an afterthought,” Shaeffer said. “We don’t do that until we decide to do ‘Hamilton.’ We serve the people I believe need us most.

Looking to see a show? See DCT’s upcoming production below.

The musical can be enjoyed from the age of three and is based on the book by Mo Willems which tells the story of a pigeon going through an identity crisis. According to the description of the event, The Pigeon never does anything and people just want him to “fly away”. Everything changes when the confident and cool bus driver comes to town, and Pigeon finds himself with a whole new goal: to drive the bus. Themes of the show: Humor, purpose, independence, confidence, exploration, trades, puppets.