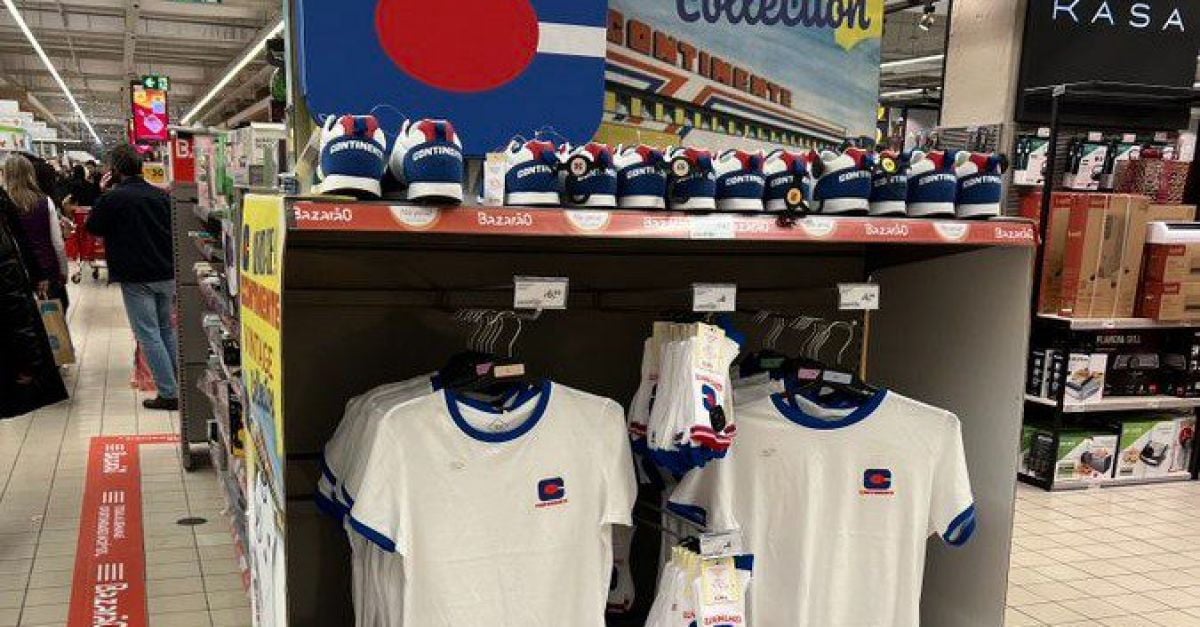 All pieces are in shades of white, red and blue, with one common element – ​​the first Continente logo.

The collection was originally developed by Carrefour, evoking nostalgia for the two hypermarket brands – Pryca and Continente – which were acquired by the French retailer in 2000, following the merger with the Promodés group.

Sonae took control of the Carrefour store network in Portugal in 2004.

With the launch of the new fashion range, Carrefour may have taken inspiration from the success of the clothing and footwear collection launched by Lidl across Europe in 2020.

The collection, sporting the logo and the colors of Lidl, was composed of T-shirts, flip-flops, socks but also sneakers for men and women, in the blue and yellow tones of the brand. It quickly developed a cult following, the sneakers – initially released as a limited edition – being resold on platforms such as eBay.