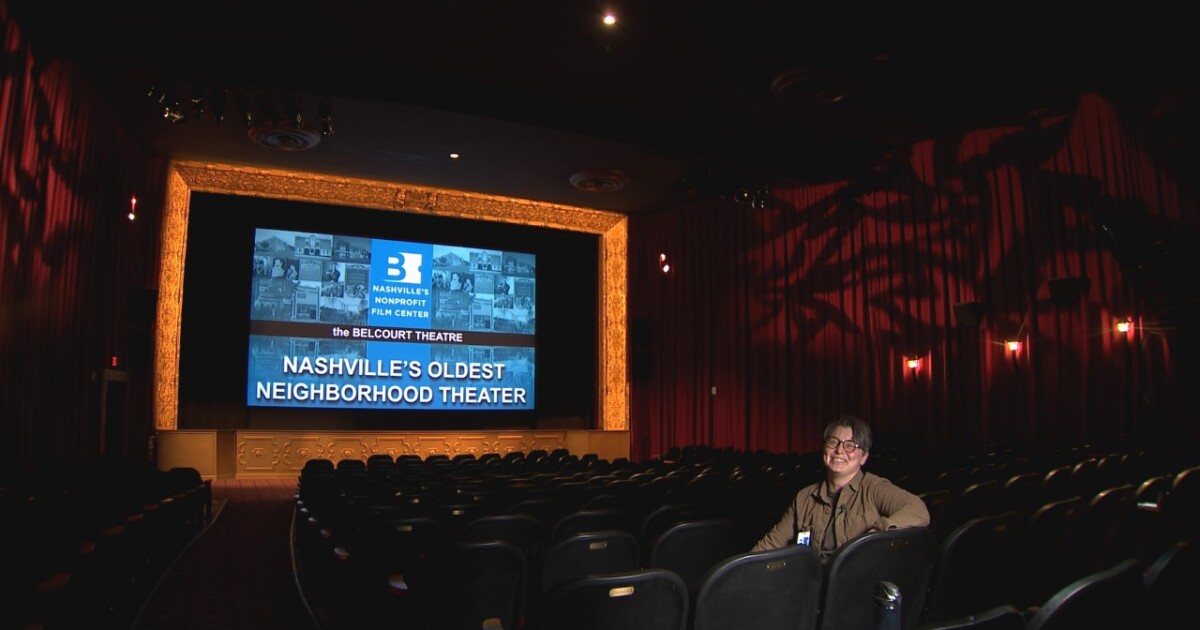 Belcourt calls for telling the story of theater before its centenary

NASHVILLE, Tenn. (WTVF) – Although Nashville has changed in nearly 100 years, one place has managed to stick with us all this time. Now this place needs your help to share the stories that span a century.

When the box office opens, what plays are the classics, cult favorites, retro, and films leading the conversation from the Oscars.

Many people have stories about the Belcourt Theater.

Minton is again interested in the many people who have taken their places in one of these dark rooms.

The place opened in 1925 as the Hillsboro Theater, a silent movie theater. The first film he showed was called America by director DW Griffith.

“The stage behind me and the proscenium arch are all original for our first-day opening,” Minton said, sitting in the 1925 room.

Minton is part of a new effort for the theater’s 100th anniversary, which is coming up in two years.

“We’re trying to collect people’s stories through an oral history project,” she said.

With all these years, there is a lot to say. Since 1925, the Belcourts have hosted numerous theater companies – and even the Grand Ole Opry at one time.

You may remember there was a scare in the late 90s. During news reports that the theater was losing money, a closing date was announced. Many believed that the Belcourt was about to be lost forever.

“It’s a major cultural loss!” said one customer, speaking to NewsChannel 5 in 1998.

However, Belcourt’s story continued. With work needed on the plumbing and electrical systems, the theater began a major renovation in 2015, leading to the Belcourt we see now. The area around it couldn’t be more different than it was in 1925.

Inside the theatre, Minton finds a coherence that is important to the Belcourt Stories Project.

“We have always been supported by the local community,” continued Minton. “We want to be able to tell the story more clearly.”

On the Belcourt site, you can find a place to save stories. They’re looking for anyone from those who defended the square in its toughest times, to those whose aunts, uncles, parents and grandparents were part of the theater’s early days. In addition to the stories, the Belcourts also hope this call will lead to the submission of photos, ticket stubs and long-awaited schedules.

“Ordinary people’s stories matter, and it’s ordinary people who are the agents of history,” Minton said. “We’ve always been a neighborhood theater. We’d love to hear what this space has meant to people.”

Watch the live stream below and download our apps on Roku, Apple TV, Amazon Fire TV and more. Click here to find out more.