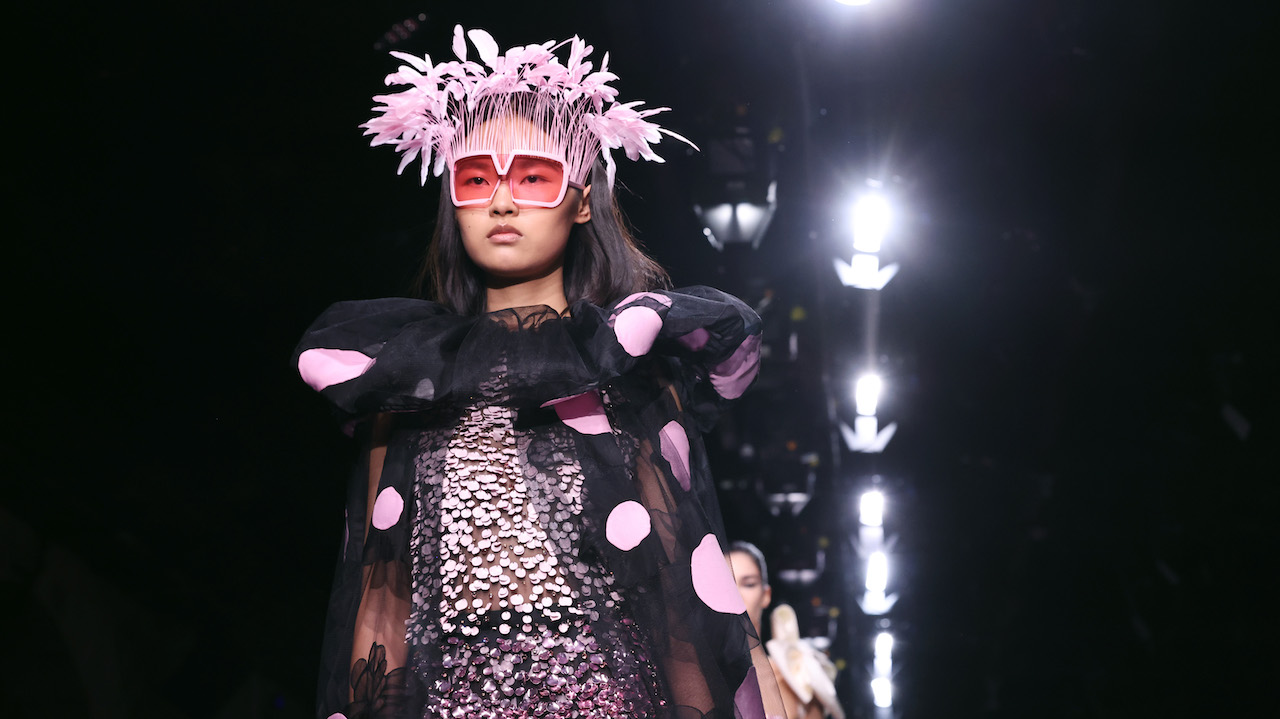 This morning in Paris for the Spring/Summer 2023 show, it was no different. Industry stalwarts and stars (Anne Hathaway, Rosie Huntington-Whiteley, Dove Cameron and Doja Cat among them) gathered at Pont Alexandre III along the Seine to witness some of that real-time Valentino magic. – and it was magical.

Well titled The Couture Club, described on Instagram as “the energy, the sound, the feel of couture,” everyone looked begged to have a good time. Fluorescent tights, incredibly fluffy collars, mini hems and lots of 3D floral appliqués were present. A sheer light lavender dress, turquoise mini mermaid and sequined Yves Klein blue and pink ensemble with a floral opera coat were real highlights. Bold, tall and joyful, The Couture Club is proof that Piccioli’s tenure at Valentino continues to shine.

On the beauty front, there was a similar undercurrent of cool nightlife. Makeup artist Pat McGrath served up a melting pot of Disco-ready looks: Studio 54-inspired draped fuchsia blush, sleek feline wings, deep cherry gloss and glossy brows were on the menu. Of course, her signature translucent skin was also on display.

The hair was probably the most understated element – a collection of shiny yet natural styles curated by the imitable Guido Palau. Loose waves, chic low buns, soft side sweeps and chic crops were all seen on the runway. Combined with McGrath’s makeup magic and Piccioli’s awe-inspiring couture pieces, this is a collection that makes us want to party.