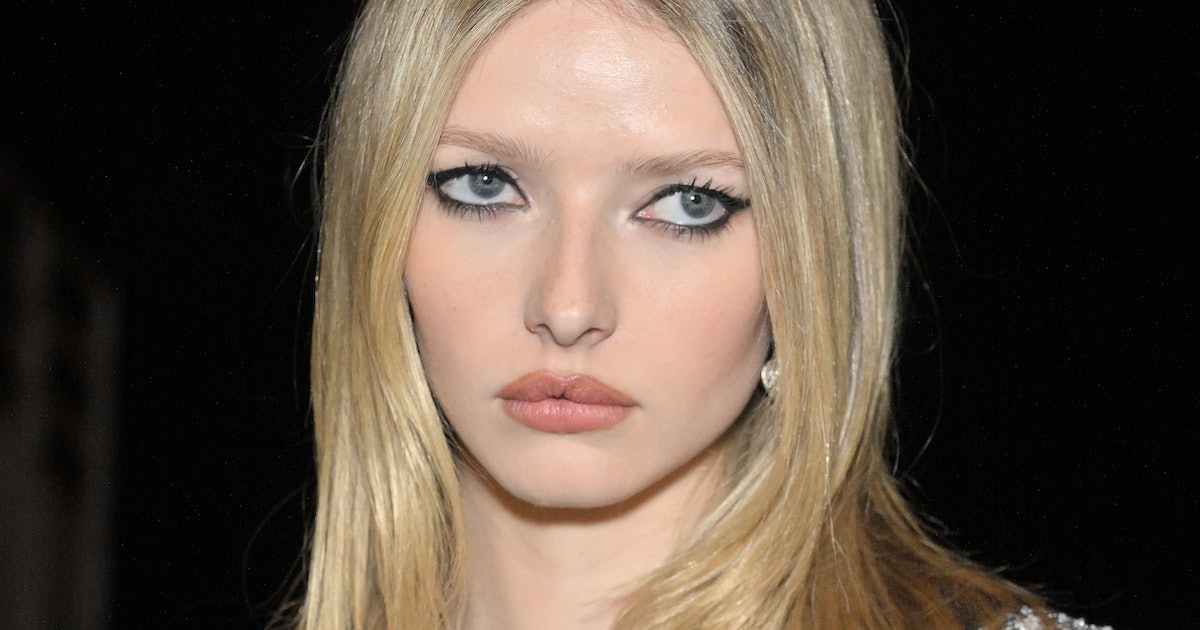 Apple Martin was in the front row of Chanel Haute Couture

At just 18 years old, Apple Martin, the famous daughter of Gwyneth Paltrow and Chris Martin, already has seats that fashion industry players work for all their lives. Making her fashion week debut today at the Chanel Spring/Summer 2023 haute couture show in Paris, Apple sat front row wearing, what else, Chanel from head to toe. Martin wore a set consisting of a Chanel black and white tweed skirt and jacket and black platform loafers. For hair and makeup, she channeled the ’60s with winged black eyeliner, brushed brows, barely there foundation and peach lipstick. Her hair was styled effortlessly with the ends inward.

On Instagram, journalist Derek Blasberg noted that Karl Lagerfeld met Apple Martin when she was 4 years old. At the time, Karl “declared that one day she would be a Chanel girl. It happened today,” Blasberg wrote. The full circle moment has already drawn comparison to his mother Gwyneth at a similar age. Others decried nepotism in the industry. “Love this! Nepotism at its finest,” one person commented. “Chanel loves nepo babies,” another wrote.

Apple sat next to actors Lucy Boynton, Sadie Sink and Vanessa Paradis at the couture fashion show, where Chanel artistic director Virginie Viard sent stylized animal models made from cardboard and wood. The show included top hats, cheerleader miniskirts, pleated ivory coats, floral jumpsuits and tweed jackets. The show is set to be followed by a major retrospective of Coco herself at the V&A in London later this year.

This fashion week, Chanel has undeniably thrown another nepotistic it-girl onto the fashion world’s radar, with no doubt more front row seats for Apple to follow. Love it or hate it, it was only a matter of time before the 18-year-old made her debut in the spotlight – taking the Karl-approved decision to step into Chanel there from head to toe. feet.