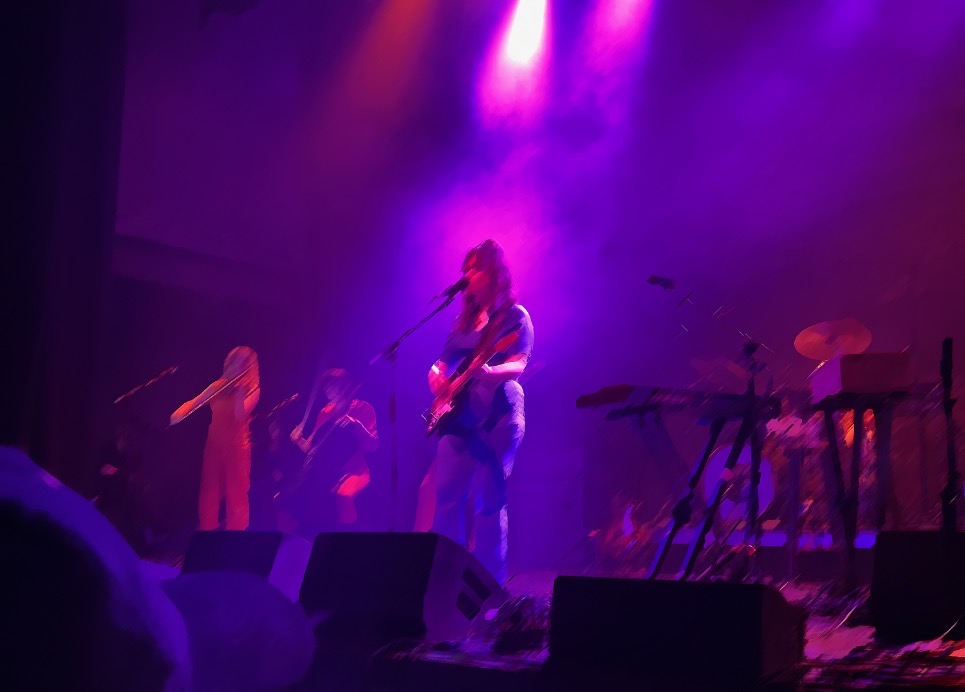 Angel Olsen at the Joy Theater • The Tulane Hullabaloo

Spectators rushed into the theater of joy in downtown New Orleans on January 21, a low-key Saturday night for the Angel Olsen concert. Through his indie folk and alternative country music, Olsen creates a dreamlike world of soothing vocals and a lush soundscape caught between Stevie Nicks and Dolly Parton. Olsen has released six studio albums since his debut in 2012. After the death of his parents in 2021, Olsen channeled his grief into his 2022 album, “Highligths,” which explores love and the inconstancy of time.

Erin Rae, Olsen’s opener, sang with a noticeable Nashville accent and heavier country influences than Olsen. She approached the microphone with humility and apologized for her nervousness – she drank too much iced coffee. The atmosphere was relaxed like a bonfire as Rae sang about heartbreak and jealousy in friendships, all explored in her latest album, “Lighten.” With each song, she joked about how she needed to relax before diving into another slow, heartbreaking song. The crowd was pensive and melancholy, except for the high school student next to me who wanted to clap the meditative songs. Rae’s strongest moment came during her song, “Bad spiritwhich addresses growing up in the South and juggling the opposing forces of sexual expression and religion.

The gig was intimate, as if the audience consisted of familiar faces delivering their friend a song or two before all hanging out together afterwards. Olsen appeared as a 1950s woman in grayish blue cigarette pants and a matching collared shirt. She approached the stage with relaxed, perfectly messy hair. His demeanor was conversational and soothing, and the entire concert possessed a quiet introspection that could only come with Olsen’s vulnerability.

Olsen hummed into the microphone for “Through the fireswhich talks about letting go of the past to move forward. Seeing Olsen sing live and hearing him against the barricade was an emotional and moving experience. Sometimes I was in disbelief that the woman in front of me could omit such pain and beauty. Big chunks of the concert disappeared from my mind, and I was trapped elsewhere, taking the weight of his lyrics and dropping them on top of me like a weighted blanket, rooting me to the sticky ground.

“I’m so sick of saying I’m tired,” shouts Olsen. “It’s still a difficult time,” she sings in “This is how it worksher voice is reminiscent of Dolly Parton. Her performance reminded me of the country music I love – songs like Parton’s”The bridgewhich details women’s grief and depression, painful music that feels so simultaneously soothing.

She proved a charming performer, transformed elsewhere by the poignant understanding of loneliness. Her songs feel like curling up with a cup of tea, ready to cry to her mother. The Olsen concert makes me want to stay in bed all day, remembering how the red and magenta lights swayed around her, encapsulating her in a decidedly feminine halo. I will need at least a week to recover from the emotion that Olsen’s voice caused me.