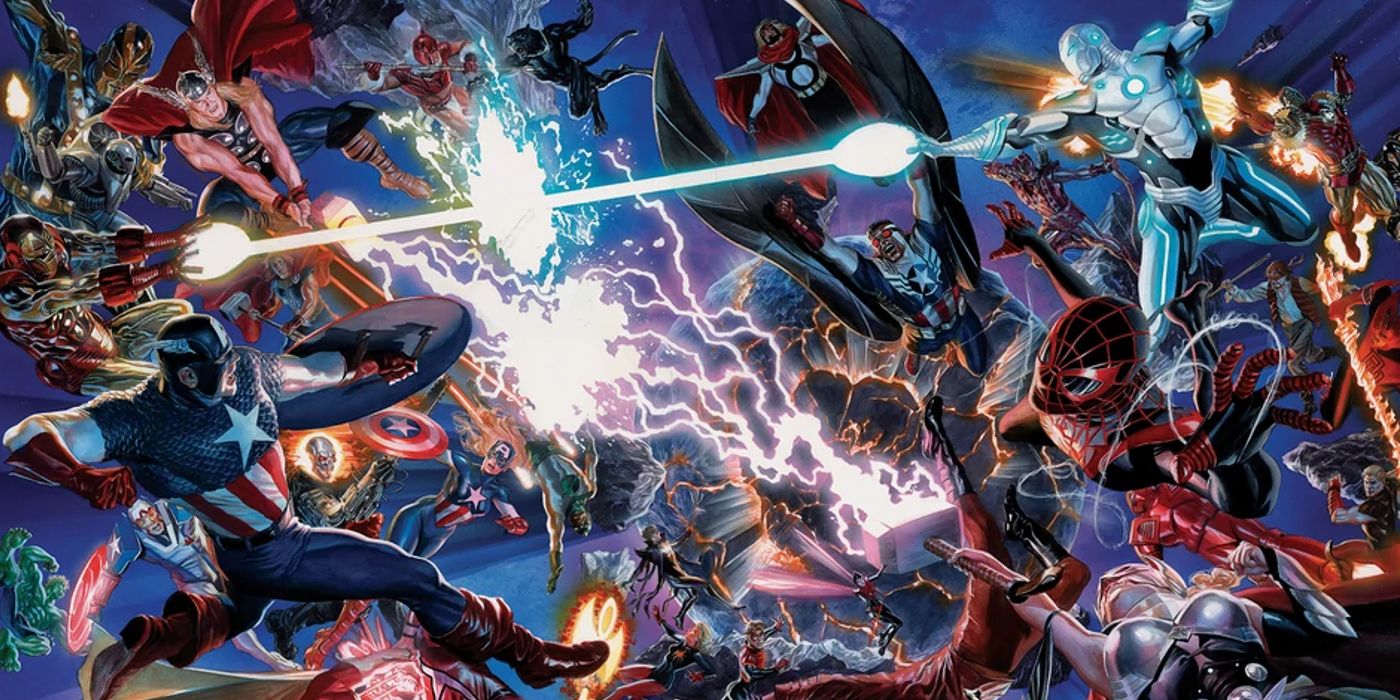 Secret Wars was supposed to change everything for the Marvel Comic Universe forever, but another comic showed that wasn’t going to be the case.

The modern Secret Wars is one of Marvel’s most revered comic book events, but a avengers the comic showed that it wouldn’t have the impact some fans expected. The affair of Ultron’s Rage is a perfect case study in the struggles of making the stakes of events feel real; but the “spoiled” comic also contains a lesson in how to make these events special, regardless of the spoilers.

The 2015 event Secret Wars has been billed as the biggest Marvel Universe shakeup of all time. With the destruction of the entire multiverse as the prelude, the open question was what the Marvel Universe would look like after the comic book event ended. At the time, rumors of a DC-style reboot, a first for Marvel, were constantly in the air. However, when Secret Wars done and the dust settled, the Marvel Universe looked pretty much the same without a big reset. Even before the event ended, there was a big sign that fans expecting a full universe reboot would come back to miss.

The Status Quo Of This “New” Marvel Universe Was Spoiled In The Original Graphic Novel Avengers: Rage of Ultron by Rick Remender, Jerome Opeña and Pepe Larraz, which was previously published Secret Wars by Jonathan Hickman and Esad Ribić even had started. In April 2015, when most Marvel comics were reacting to the impending multiversal destruction of Secret Warswhich would begin the following month, Ultron’s Rage released, and was clearly defined after Secret Wars. The most obvious sign was of rage focus on Hank Pym. Hank was last seen in New Avengers Vol 3 #29by Jonathan Hickman and Kev Walker, part of Secret Wars’ upstream. Hanks in New Avengers #29 didn’t fit Hank’s ending Ultron’s Ragewhere he was merged with Ultron himself.

While the deteriorating status quo of the entire Marvel Universe is dramatic, it’s just one example of a common problem with event comics. The existence of simultaneous comics indifferent to any current events belies the idea that events “change things…forever!” The stakes for so many event comics are “shattering,” and seeing continued titles that don’t touch on those stakes can easily deflate an event’s supposed significance. While frustrating at times, there’s nothing to be gained by forcing every simultaneous comic to acknowledge the supposed significance of an event. Event comics and their tie-ins already have a bad reputation for disrupting ongoing stories. It’s not worth hurting other comics even more just to support an event.

If event comics want to have the impact they promise on coverage, then perhaps a lesson can be learned from Hickman and Ribić Secret Wars. Even though fans had signs that it wouldn’t change everything forever, Secret Wars is consistently recognized as one of the best Marvel events, and that’s because of its emotional core and the character conflicts at its core. The emotional battle between Reed Richards and Doctor Doom at the heart of Secret Wars is one of its most famous aspects. If the writers literally can’t destroy everything, at least permanently, then the high stakes must be for the characters. Focusing on the inner life and struggles of its participants will always make an event more memorable, and guess what? Spoiler alert, but the heroes will likely win in the end. If it looks like these heroes have grown up, then no amount of status quo spoilers, or cognitive dissonance, can ruin a story. Secret Wars is irrefutable proof. It may have been “spoiled” by a avengers history, but it’s still one of the best Marvel events of all time.

More:Marvel Already Showed The MCU How To Debut A Missing God-Level Avenger