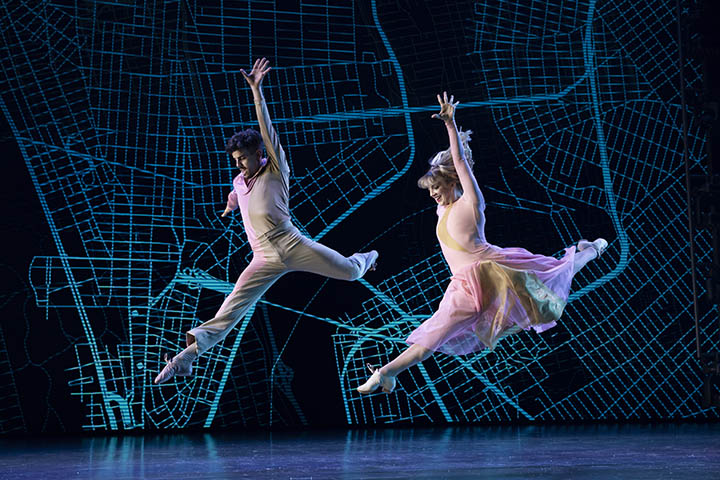 Bob Fosse’s Dancin’, Bad Cinderella, Sweeney Todd: The Demon Barber of Fleet Street, Life of Pie, Camelot, New York, New York, Once Upon a One More Time, Back to the Future the Musical and Kimberly Akimbo joined Broadway The Inbound’s Broadway Collection will delight travelers of all ages in 2023.

Bob Fosse’s Dancin’ is Fosse’s throaty, full-bodied celebration of the art form he loved and perfected. Originally opening on Broadway in 1978, the hit musical masterpiece has been reimagined for the 21st century by director Wayne Cilento, who starred in the original production. This quintessential Broadway experience for Fosse fans and newbies opens at the Music Box Theater on March 19, 2023.

A modern retelling of a classic tale, Bad Cinderella transports guests to the beautiful kingdom of Belleville, where everything seems spotless. That is, until Cinderella wonders what happily ever after really means. With music by Andrew Lloyd Webber, it’s a fairy tale, romance, comedy and story of self-discovery, and will open at the Imperial Theater on March 23, 2023.

Josh Groban and Annaleigh Ashford return to Broadway this spring in Stephen Sondheim and Hugh Wheeler’s landmark musical, Sweeney Todd: The Demon Barber of Fleet Street. Opening March 26, 2023 at the Lunt Fontanne Theatre, the musical thriller tells the story of a vengeful barber on the hunt for blood and a resourceful pastry chef owner who team up to serve up London’s most unsettling pies as they’re wreaking havoc on Fleet Street.

Lolita Chakrabarti’s theatrical adaptation of Yann Martel’s award-winning adventure novel, Life of Pi, will roar across Broadway this spring. After a freighter sinks in the middle of the Pacific Ocean, a sixteen-year-old boy named Pi finds himself stranded on a lifeboat with an unlikely companion: a Royal Bengal Tiger. An inspiring tale of hope and endurance, Life of Pi begins performances at the Gerald Schoenfeld Theater on March 30, 2023.

Lerner and Loewe’s classic tale of Camelot is once again brought to life in this vibrant new story about a quest for democracy, the struggle for justice, and the tragic struggle between passion and aspiration. Viewers from near and far are invited to panel with King Arthur, Queen Guinevere and Sir Lancelot as Camelot opens at Lincoln Center’s Vivian Beaumont Theater on April 13, 2023.

A scintillating love letter to the greatest city in the world, New York, New York is an all-new story uniting Broadway legends. An exhilarating new score with lyrics by Hamilton’s Lin Manuel-Miranda, travelers to the Big Apple will be thrust into the heart of the city that never sleeps. Set in 1946 after the war ended and the rebuilding of New York began, the show follows a collection of singers, artists, musicians and dreamers as they prove they have what they need. it takes to survive. The jubilant new musical invites everyone to be a part of it when it opens at the St. James Theater on April 26, 2023.

Weaving the definitive and iconic hits of Britney Spears into a musical adventure, Once Upon a One More Time follows Cinderella, Snow White and other fairy tale princesses as they reunite for their bi-monthly book club reunion to discuss Grimm’s Fairy Tales, the only book they know. That is, until a rogue fairy godmother dropped The Feminine Mystique on their corseted knees. Perfect for millennial travelers and Britney Spears fans, the new music jukebox will open June 22, 2023.

Fans of the 1985 sci-fi comedy will be thrilled when Back to the Future the Musical takes to the Broadway stage at the Winter Garden Theater on August 3, 2023. Audience members will be transported back to Hill Valley in 1955 as Marty McFly accidentally changes the course of history. The music of Emmy and Grammy Award winner Alan Silvestri and six-time Grammy Award winner Glen Ballard guide travelers on this journey to mend the present.

Kimberly Akimbo has touched the hearts of multi-generational travelers around the world since it opened November 10, 2022 at The Booth Theatre. Named “Best Theater of the Year” by The New York Times and The Washington Post, the hit show follows Kim, a teenage girl with a progeria-like disorder, which causes her to age nearly five times faster than the normal. Chronic illness forces the teenager to live in the body of a 72-year-old, but she is determined to find happiness in a world where time is not on her side.

To ensure they can see one of the top shows this spring, travelers are advised to book tickets in advance through the Broadway Collection website.