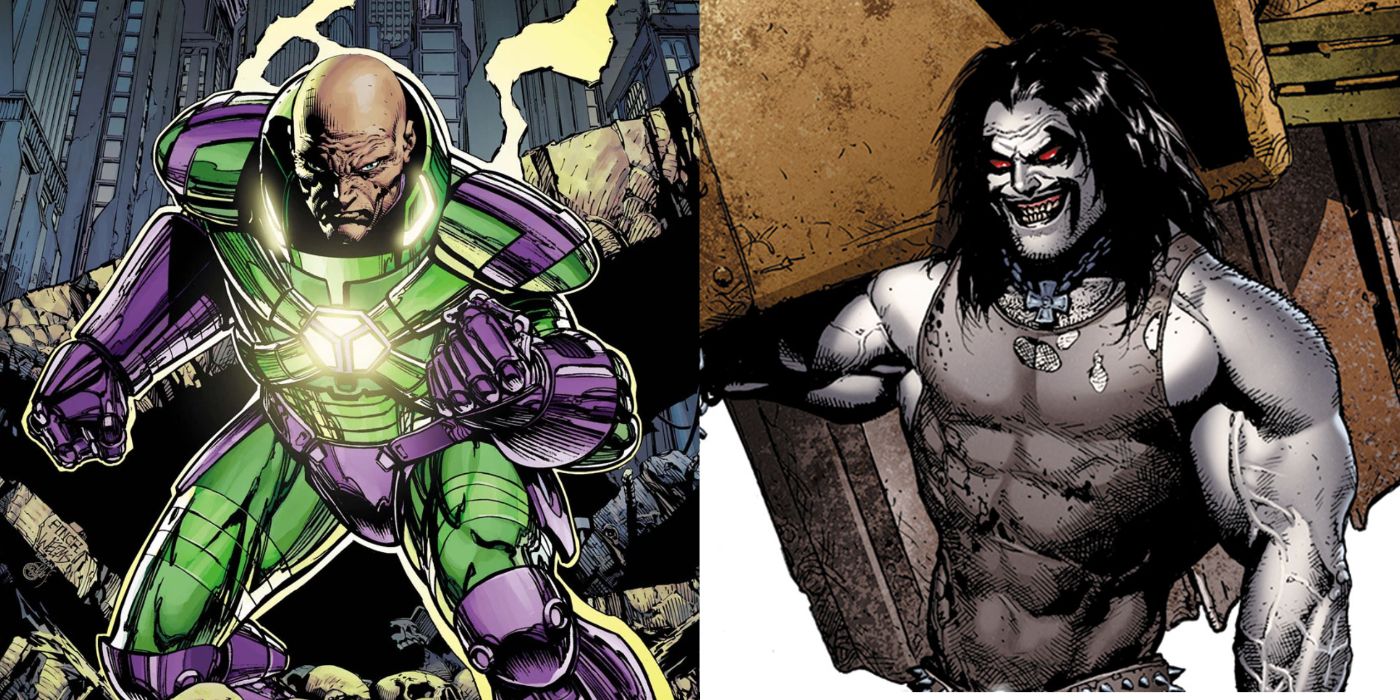 DC Comics heroes and villains have battled for control for years. While many DC characters respect authority, many don’t respect it at all. It’s fairly common with higher-up villains, but even some heroes have been known to struggle with authority.

These DC heroes respect no one but the innocent and listen to no one, which defines their fight against evil. Many well-known DC characters, including the most iconic ones, hate authority and prefer to walk at their own pace. Whether they want to do things their own way or prefer to be the ones giving the orders, these individuals don’t want anyone telling them what to do.

The Justice League faced terrible threats, but none could match Perpetua. She was a Hand, a race of beings that created multiverses. As the creator of the DC Multiverse, she weaponized her creation, because she had a plan for it. Perpetua wanted to destroy the Hand’s multiverses, and then the Hand itself.

Perpetua aimed to become the last being in the omniverse capable of creating multiverses. She wanted to be the greatest authority, the one who could create or destroy according to her own whims. Perpetua didn’t want anyone telling her what to do or having power over her. Nothing mattered to her except her own will.

9 The Joker is anarchy personified

The Joker has never encountered a source of authority he didn’t want to destroy. If Batman is about order, the Joker walks in chaos and anarchy. The Joker hasn’t encountered a power structure that he wouldn’t destroy just for fun. Telling the Joker what to do is a surefire way to get hit with some sort of deadly attack.

There were times when the Joker did as he was told on his own accord, but it wasn’t because he suddenly decided to respect authority. It is because he chose to listen. Everyone who works with the Joker knows that there is no authority he truly respects. At any moment, the Joker can decide it’s time to smash it all, and that’s it.

Jason Todd’s return as Red Hood saw him return with a huge chip on his shoulder. While he definitely hated the Joker for killing him, he also hated Batman. The Dark Knight was the ultimate authority figure in Jason’s life, and he didn’t even try to avenge his former sidekick. Authority has become meaningless to the man who became Red Hood.

As a villain, Red Hood aimed to destroy every source of authority before him, be it Batman, the police, or crime bosses. Even after his reformation, he was still a rebel. Red Hood didn’t listen to anyone, doing what he wanted and following his own rules. He’s loosened up the last few years, but he’s always ready to turn someone in.

7 Batman respects no authority except his own

Batman is DC’s greatest vigilante and a leader in the superhero community. He also hates authority. Batman loves justice, but he knows that those in power cannot be trusted in this area. Batman fights to keep people safe and keep Gotham moving. He saw too many people in positions of authority aggrandizing themselves instead of helping people.

As far as the superhero community goes, Batman is known for doing what he wants, when he wants. In this case, it is rather about his certainty in himself. In the mind of the Dark Knight, he is the only one qualified to make the tough decisions.

6 Vandal Savage has no respect for anyone but himself

The Justice League has fought some iconic foes, but few are as old as Vandal Savage. He has been around for as long as humankind has existed and was given superhuman strength, intelligence, and immortality by a radioactive meteor. From the beginning, he did everything to do what he wanted.

Vandal Savage is a raider, a person who will take what he wants when he wants it, no matter who is in charge. Savage respecting authority is laughable because he respects nothing. For Vandal, the only law of the land is force, and he is the strongest. He will fight anyone who tries to put themselves above him.

5 Darkseid wants to control everything

DC villains and greed go hand in hand, but some are greedier than others. The greediest villain in the DC Multiverse is easily Darkseid. There is no authority he respects, no power he believes to be superior to himself. The only authority Darkseid wants to exist is his own.

This is why Darkseid wants the Anti-Life Equation; so that it can be the guiding will of existence. Darkseid will fight against anyone in order to prove that he is greater than himself. Darkseid usurped the throne from his father, and since then no one has been above him. On Apokolips, there is no greater power than Darkseid. This is his view of all existence.

4 Conner Kent was a rebel from the start

Superboy is a venerable mantle, but one of them wanted nothing to do with the name for ages. Conner Kent was a clone created by Cadmus to be their Superman, but the Newsboy Legion freed him too soon. A perpetual adolescent, his rebellious phase was essentially his life. Although he eventually took on the Superboy name, he didn’t like to listen to anyone.

Conner has thinned out over the years, but he hasn’t suddenly become a person who likes to be told what to do. For Conner, it’s about whether the authorities respect him. If they have respect for him, he will treat them well. If they don’t, he will tear them to pieces.

Both Batman and The Joker have a profound lack of respect for authority for entirely different reasons. Combine the two and The Batman Who Laughs is what comes out. He’s chaotic, but he’s smart enough to make a plan and stick to it. He wants to destroy everything he can, but he understands that sometimes a little thought can go a long way.

RELATED: 10 DC Heroes Who Have No Sense Of Humor

Lex Luthor is DC’s most iconic villain. His hatred of authority that comes from his childhood. Lionel Luthor abused Lex and his sister Lena, treating them terribly for years. This caused Lex to hate authority more than anything else. For him, authority consists in being the aggressor, the one who can do what he wants.

Lex Luthor decided that he would not allow anyone to exercise authority over him. The few times Lex bowed down to someone, it was for the promise of greater power. He doesn’t trust anyone who tries to get above him and will do his best to figure out how to get above him. For Lex, anyone’s law but his own is barely a suggestion.

1 There’s a reason Lobo calls himself the main man.

DC is full of cool heroes, and many don’t respect authority at all. Of these, Lobo is certainly the most antisocial. He’s the last Czarnian because he killed all the others. He never met an authority figure he didn’t want to stab. When it comes to respecting other lifeforms, Lobo only cares about space dolphins. Everyone is just meat.

Lobo has, on occasion, listened to others, but that’s only because it’s in his best interest. He’s a nearly unstoppable force of carnage, and anyone who gets in his way is looking to hurt themselves. If they try to tell Lobo what to do and get in his way, it’s even worse.

NEXT: 10 Most Controversial DC Teams